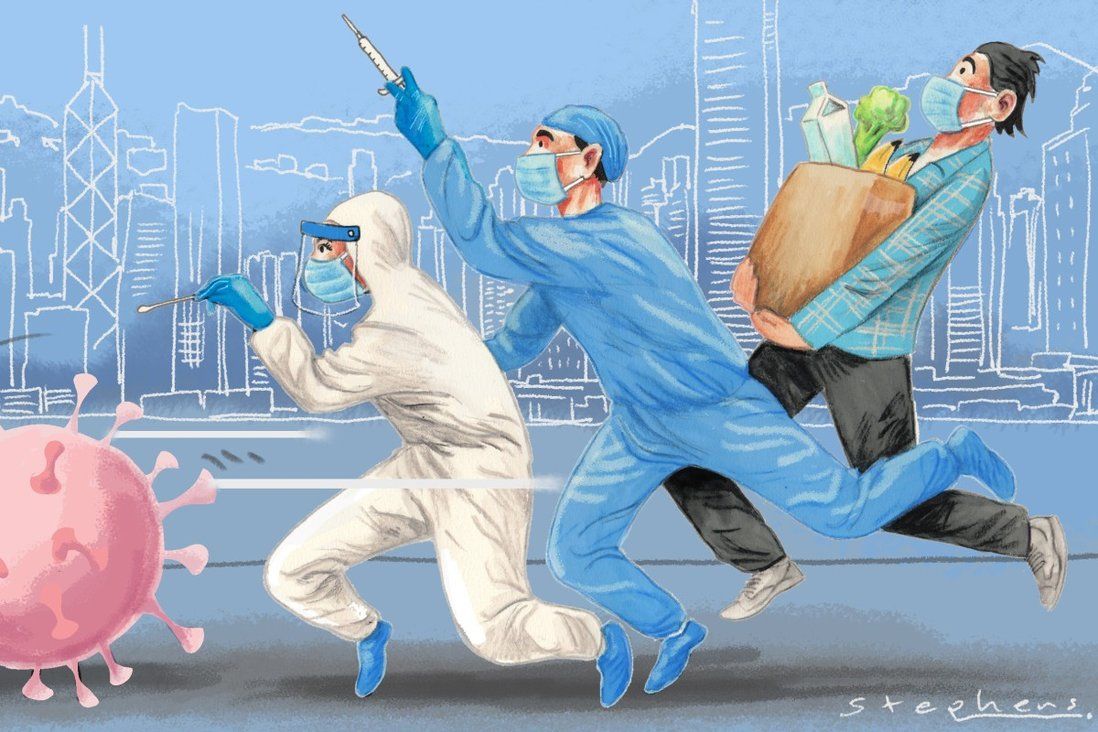 Hong Kong’s lack of pandemic preparedness must be addressed now

Running to Beijing for help must not be Hong Kong’s only option. The city must shore up its pandemic defences by plugging its shortages in medical and other infrastructure, and setting up a routine quick response system.

Amid an unprecedented wave of Covid-19 infections, the Hong Kong government has imposed its toughest measures yet. The authorities were apparently caught out by the latest Omicron wave, which worsened rapidly and became the focus of local and international headlines. Overwhelmed hospitals meant patients seeking treatment were forced to wait in the cold – photos of which became a symbolic snapshot of Hong Kong’s fifth wave.

Unable to contain the pandemic, the Hong Kong government finally called upon the mainland authorities for help. In a short time, mainland medical units and experts arrived to alleviate the pressure from the skyrocketing number of new cases.

The chaos exposed Hong Kong’s lack of a routine Covid-19 quick response system and both the medical and social infrastructure to implement a dynamic zero-infection policy. This policy aims to identify and contain local cases while minimising the impact on ordinary life. Hong Kong’s attempt has failed and Covid-19 restrictions became extensive as community transmissions spread throughout the city.

At the beginning of the wave, complaints had already surfaced about the management of the Penny’s Bay quarantine centre. Occupants complained about the lack of supplies even when only about half of the facility was occupied.

There were news reports of those in the quarantine centre waiting whole days to get tested or to be released. A Legislative Council member who had quarantined there also complained about the transport arrangement. These complaints and hiccups reveal the lack of staff to properly operate the quarantine centre in a community outbreak.

Another issue is the lack of local testing capacity and community vaccination centres in the city. When Kwai Chung Estate was locked down, residents complained about the long wait to be tested. Similar situations were seen in other districts. Now, with the help of mainland China, Hong Kong has increased its testing capacity.

But this increase is not permanent. The large-scale laboratory in Ma On Shan managed by the mainland-backed Sunrise Diagnostics is temporary, and many of the testing facilities operated by Guangdong companies will also go as soon as the pandemic is under control.

For the past two years, Hong Kong’s success at containing local infections has allowed it to get away with a lack of preparation for a sudden and serious outbreak. With each minor outbreak that petered out, the demand for vaccination fell and the government closed testing facilities. For example, in June last year, the government closed three community testing centres after an examination of their usage and demand.

But officials failed to plan for a rapid reopening of the vaccination centres and testing facilities should there be a surge of demand – such as it faces now. 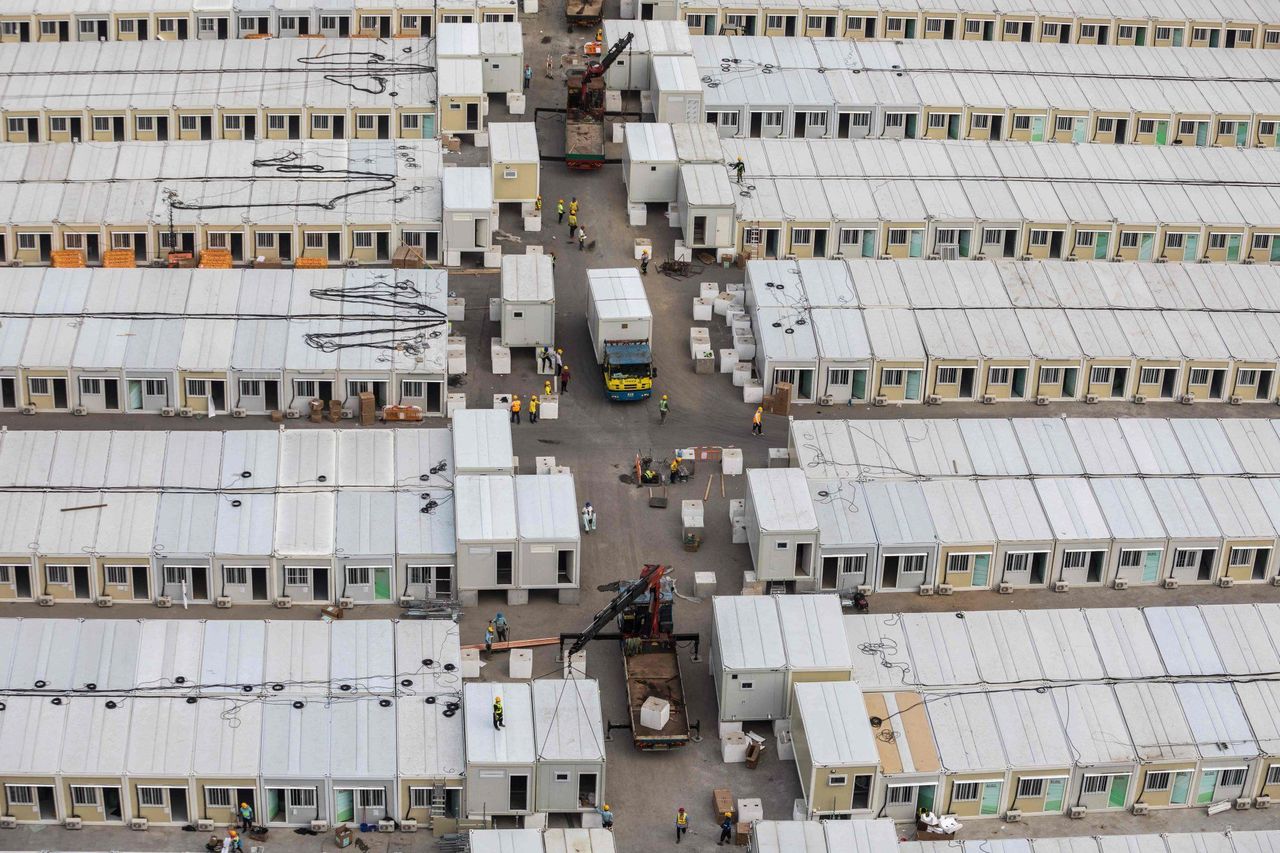 A temporary isolation facility to house Covid-19 patients is under construction in Hong Kong on March 2. The mainland is helping to solve Hong Kong’s shortage of facilities to deal with a surge in infection cases, but the long-term problem of the lack of medical infrastructure remains.

The mainland’s quick response may have solved these shortages for now but the long-term problem of the lack of medical infrastructure remains. Hong Kong is simply unable, like mainland cities such as Shanghai and Shenzhen, to quickly mobilise local laboratories and hospitals to deal with a sudden increase in the need for Covid-19 testing and quarantining.

For the past two years, Hong Kong has simply called for help from the mainland when it has trouble containing local cases. In the meantime, it has failed to establish its own medical capacity. While there is no doubt that the central government will continue to help, this is not a long-term solution for Hong Kong.

In its latest budget, Hong Kong is setting aside HK$12 billion (US$1.5 billion) to build more isolation and treatment facilities and HK$22 billion to boost local testing capacity. The city also allocated money for the training of more medical staff. However, the problem of management remains.

If these new facilities are going to be managed in the same way, the failures of the fifth wave will happen again.

The challenge of how to maintain these facilities after each wave and how to put it back into operation cannot be solved merely with more investment. It calls for a reform of the system and the need to establish routine communication and collaboration between the government and the private sector.

It is critical for the city to establish a medical reserve before the next outbreak. Once large-scale quarantine and testing are needed, the Hong Kong government should be able to quickly mobilise the reopening of testing and quarantine facilities.

Also, as the city moves towards mass testing and a possible large-scale lockdown, whether the government has learned from the Kwai Chung Estate chaos is another issue. Unlike on the mainland which has a strong delivery force and local community organisations, Hong Kong does not have the same social infrastructure support.

As a result, Hongkongers are panic buying at supermarkets and pharmacies to prepare for a possible lockdown. It is critical that the Hong Kong government prepares now for the infrastructure to deliver food and supplies to its residents to ease public concerns.

This fifth wave should not only serve as a reminder for Hongkongers to get vaccinated. It should also alert the government to the urgent need for a routine quick-response system that includes more ready-to-use testing capacities, quarantine centres, medical personnel and daily supply providers, all to be mobilised when needed. 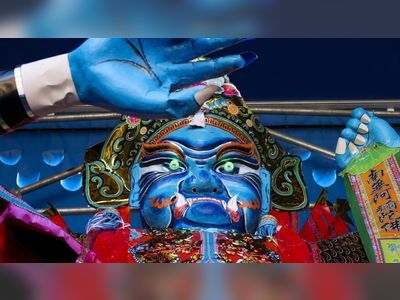 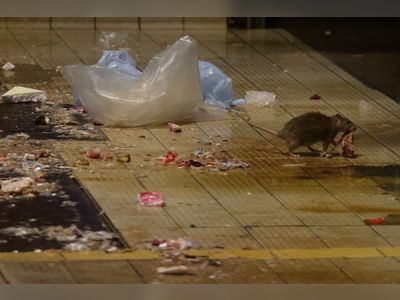