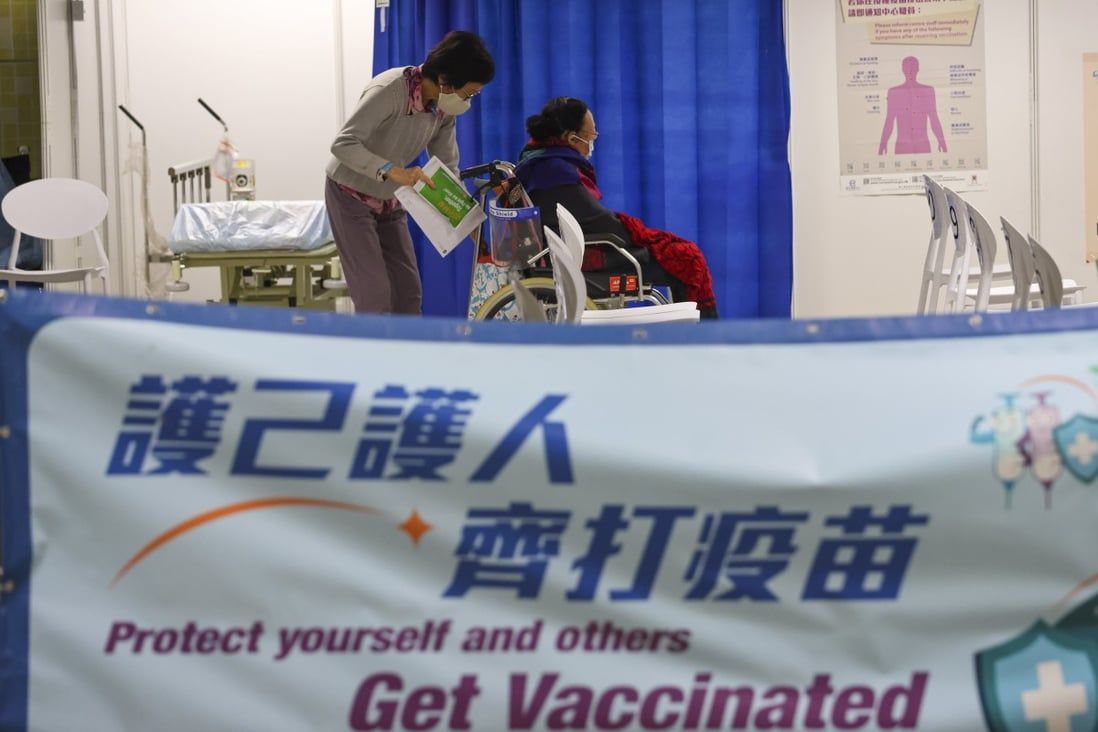 Hong Kong’s leader has pledged to adhere to the law and seek legal advice on follow-up action over a failed move to invalidate more than 20,000 Covid-19 jab exemption certificates after the High Court ruled against the decision.

“The Health Bureau will study the court judgment along with the secretary for justice and seek legal advice to decide on the next step forward,” Chief Executive John Lee Ka-chiu told a radio programme on Saturday.

“But I want to make it clear that our government always acts in accordance with the law. Our intention is to safeguard public health and to achieve the best desirable results with regard to containing the Covid-19 pandemic.” 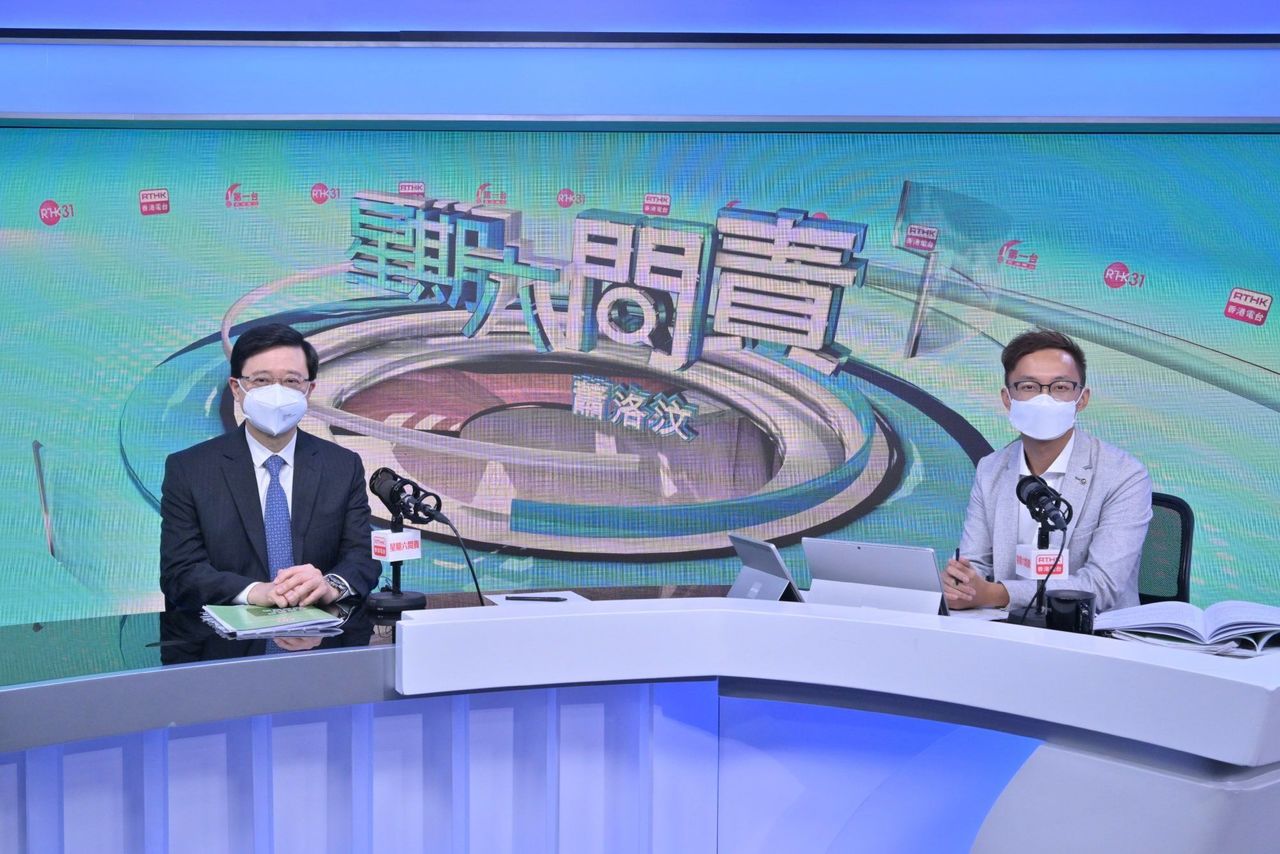 The High Court on Friday ruled that the government had no power to invalidate more than 20,000 Covid-19 vaccination exemption certificates linked to the arrests of doctors over suspected malpractice.

The verdict means a temporary ban on authorities’ plan to revoke the exemptions will become permanent unless the judgment is overturned by a higher court or present laws are changed, a move suggested by top government advisers.

The court said the health secretary could not identify the source of his authority to invalidate the documents as there was no statutory mechanism to overturn a medical practitioner’s opinion on unsuitability for vaccination. 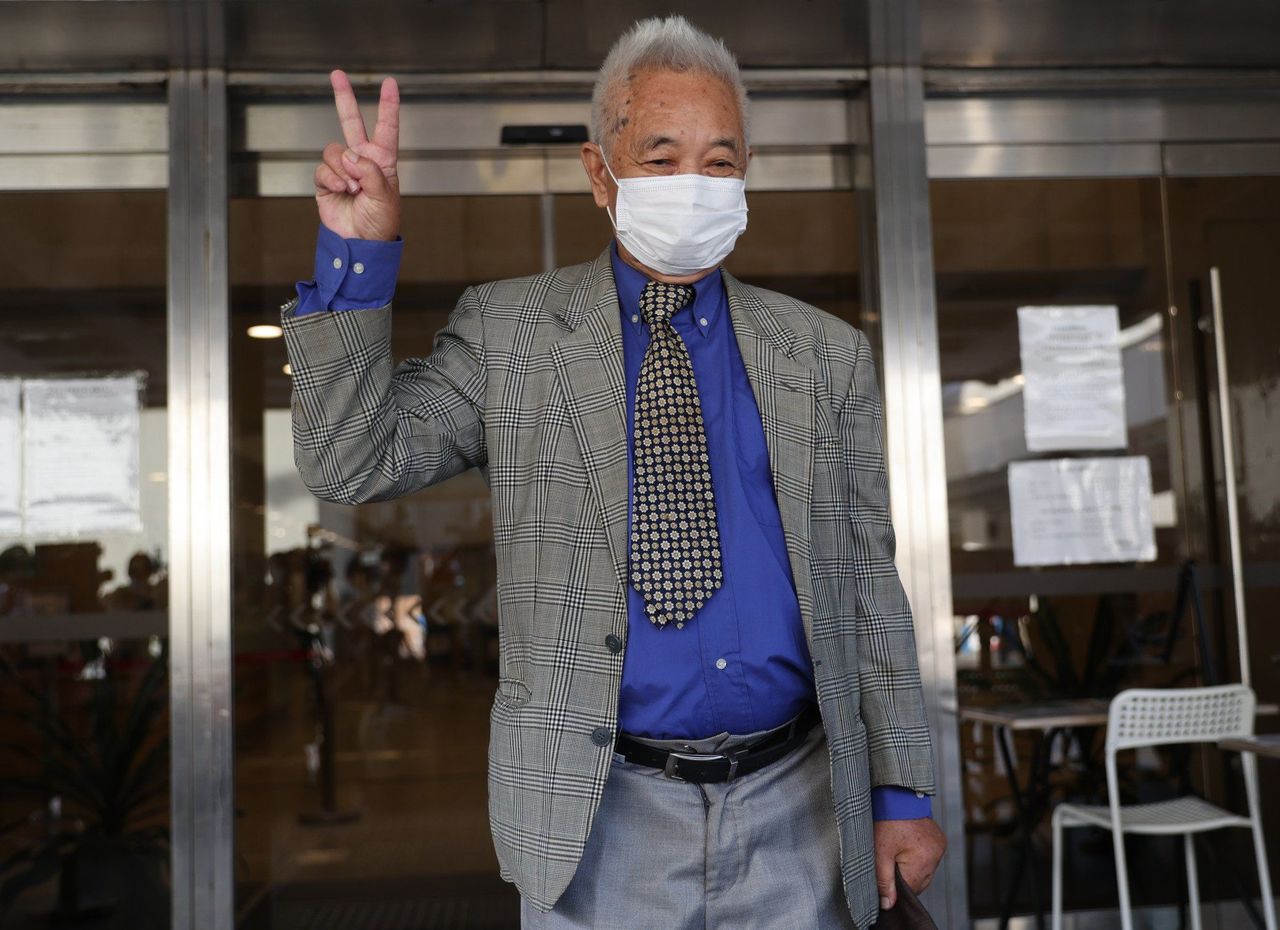 Serial litigant Kwok Cheuk-kin mounted the high-profile judicial challenge earlier this month, following the government’s announcement in late September that the certificates would be invalidated over suspicions they were not properly issued. The move would have barred affected holders from visiting premises such as shopping centres, supermarkets and restaurants under the vaccine pass scheme.

Asked if the government would amend the law to plug the legal loophole as suggested by executive councillors Ronny Tong Ka-wah and Regina Ip Lau Suk-yee, Lee on Saturday said he would leave the issue to the justice minister for follow-up suggestions as it involved professional legal consideration.

As to whether the court ruling had undermined his credibility to govern, Lee stressed his administration had considered the interpretation of legal provisions before it decided to invalidate the Covid-19 medical certificates.

“Hong Kong has a very solid and sound legal system which we rely on … Since the court ruled against our interpretation, we’ll further examine the issue in accordance with the judgment to see how we can follow it up,” he said. “This is always our legal basis which has laid the foundation of success for Hong Kong’s rule of law.”

Secretary for the Civil Service Ingrid Yeung Ho Poi-yan said 370 government employees held the exemption certificates and the documents would not be nullified. 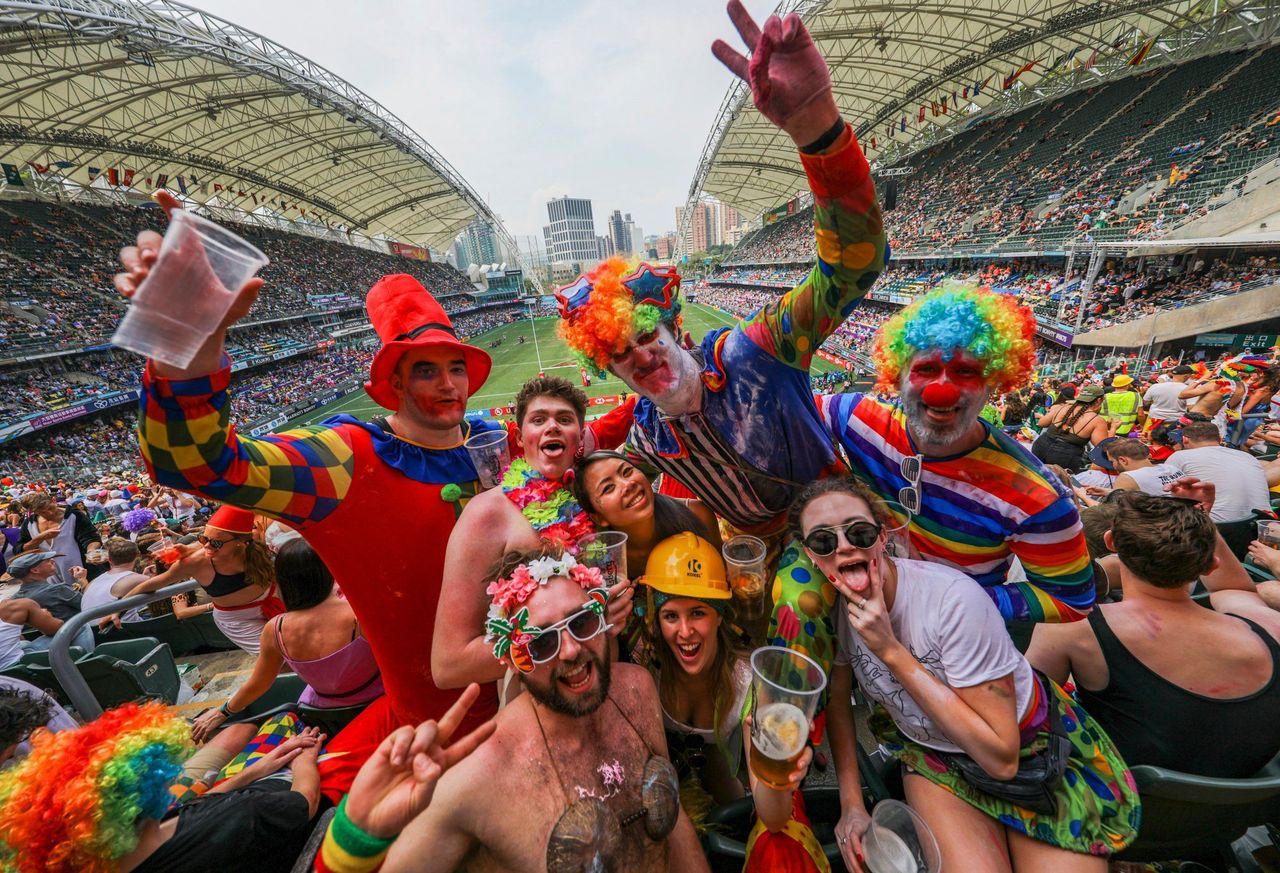 Tong said the Executive Council had not discussed the handling of the certificates and he had no idea what the government would do next. But he advised the government to amend the law to resolve the matter in case it lost in the judicial review.

“This only involves an amendment to the relevant subsidiary legislation which can be done very quickly by negative vetting,” Tong said, referring to a process where the government implements legislation and lawmakers then scrutinise it.

“This is for plugging the loophole, nothing to do with not following the court ruling.”

On Saturday, the city recorded 5,953 new coronavirus infections, including 364 imported ones, as well as seven more related deaths. The overall tally now stands at 1,869,676 cases, with 10,322 fatalities.

Lee, separately commenting on coming key events in the city such as the Global Financial Leaders’ Summit and Hong Kong Sevens rugby tournament, said such activities would serve as a testing ground for further easing of coronavirus curbs.

“We will put in place some arrangements to ensure the events will run smoothly,” he said. “If … the Covid-19 risks are manageable, we will be moving in the direction of further relaxing the restrictions.”

Sources said foreign bankers and finance executives attending the business summit would be free to eat and mingle in private settings in restaurants while a spokesman for the Sevens organiser told the Post on Friday that spectators would be allowed to buy food and drinks on the concourse and consume them in their seats. Eating was initially banned.

However, Lee said the mask mandate and polymerase chain reaction (PCR) tests for Covid-19 could not be relaxed for now, warning the pandemic situation was still volatile and measures were needed to protect lives, especially those of vulnerable groups such as unvaccinated children.

“These [rules] have been derived from consensus among experts. We also need the PCR tests to monitor the situation of Covid-19 variants, otherwise, we’ll be in the dark about the pandemic,” Lee said. 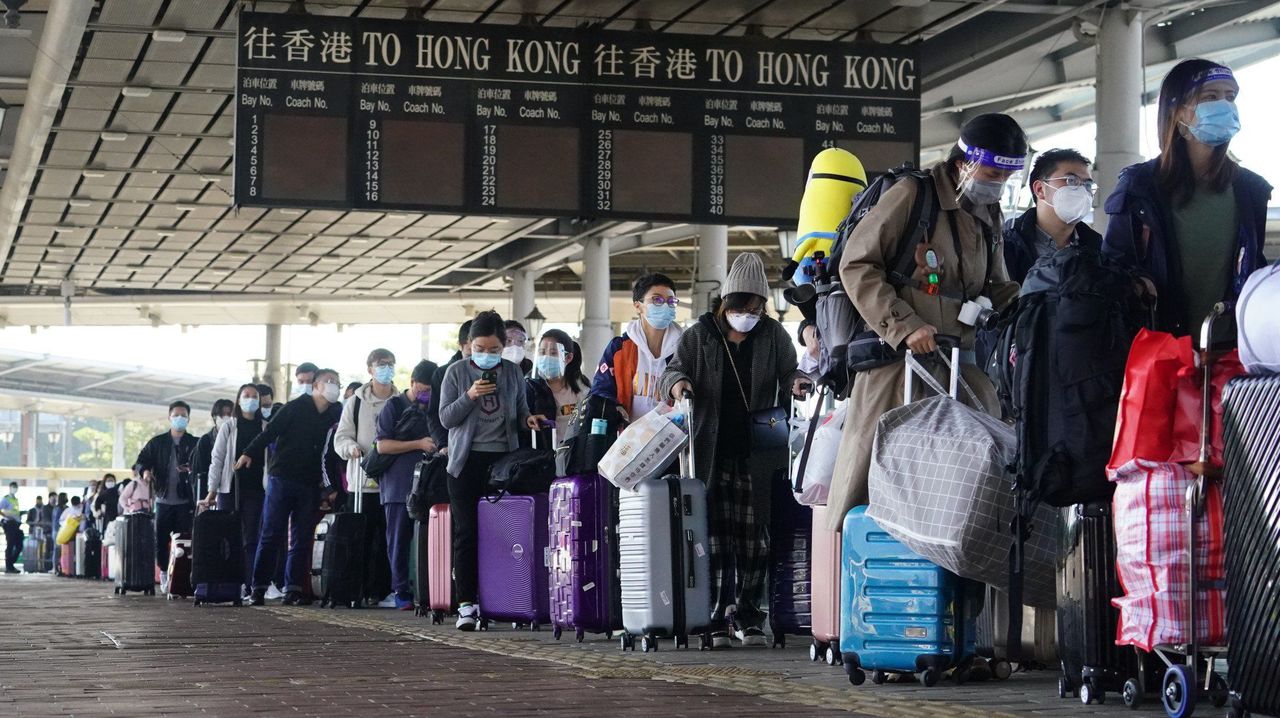 As for the long-awaited move of reopening the border with mainland China, Lee called for public understanding on the unavailability of a timeline.

“We keep an open mind about reopening the city’s borders with the mainland but we don’t want to impose additional risks to the mainland,” he said. “We need to make an overall assessment of the situation before further relaxing the measures.”