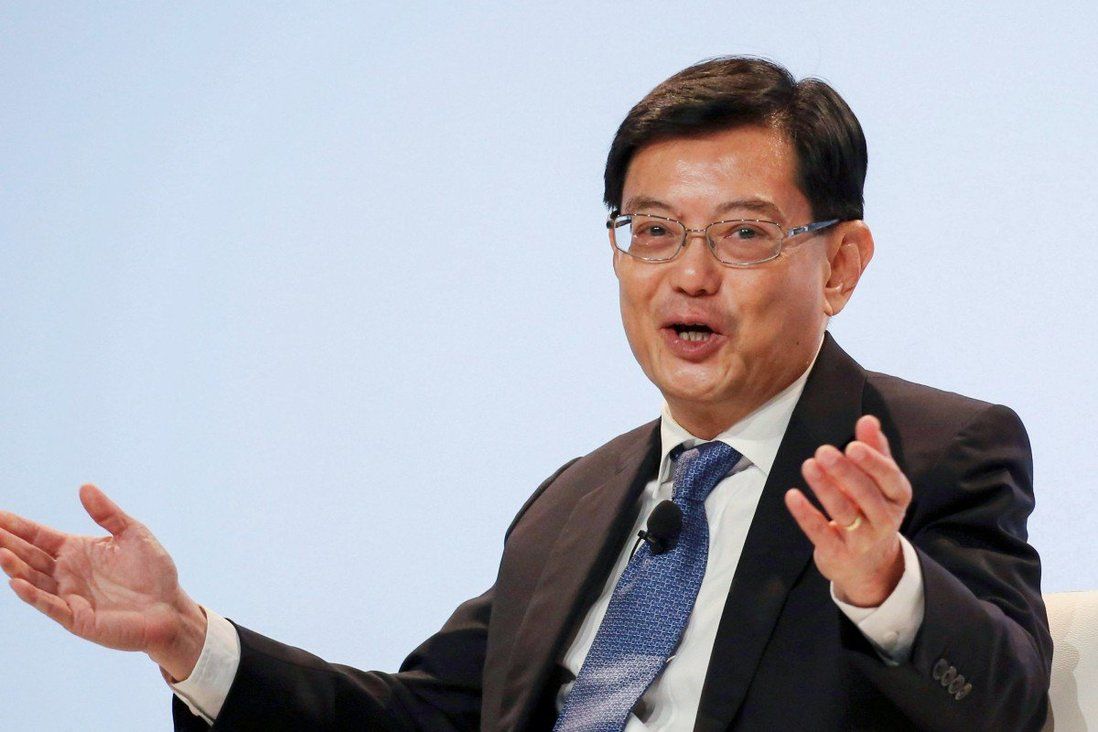 Chief Executive John Lee Ka-chiu has told the visiting deputy prime minister of Singapore that Hong Kong will explore more opportunities for collaboration with the city state, as both sides reaffirmed the “good momentum” of their long-standing partnership.

Lee made the remarks on Monday when he met Heng Swee Keat, who is in Hong Kong for a four-day work visit to further strengthen cooperation between the two places.

Heng, who also serves as Singapore’s coordinating minister for economic policies, is expected to participate in a panel discussion at the Belt and Road Summit to be held at the Hong Kong Convention and Exhibition Centre on Wednesday.

The deputy prime minister was also likely to meet business contacts on Tuesday and could also call on former chief executive Carrie Lam Cheng Yuet-ngor, according to a source.

During Monday’s meeting, Lee stressed that Hong Kong had a close relationship with Singapore, the city’s fourth largest trading partner. Bilateral trade between the two places in 2021 amid the Covid-19 pandemic amounted to more than HK$483 billion (US$61.5 billion), up nearly 30 per cent from 2020.

Lee told Heng that Hong Kong would continue to bring its strengths under the “one country, two systems” governing principle to proactively integrate into China’s national development, leverage support from the mainland and connect with the rest of the world.

“Hong Kong will explore more opportunities for exchanges and collaboration with Singapore in a wide range of areas including trade and investment, financial services, education, culture, innovation and technology,” Lee said.

“I hope that Hong Kong and Singapore will continue multifaceted cooperation to strengthen our very close ties,” he added. 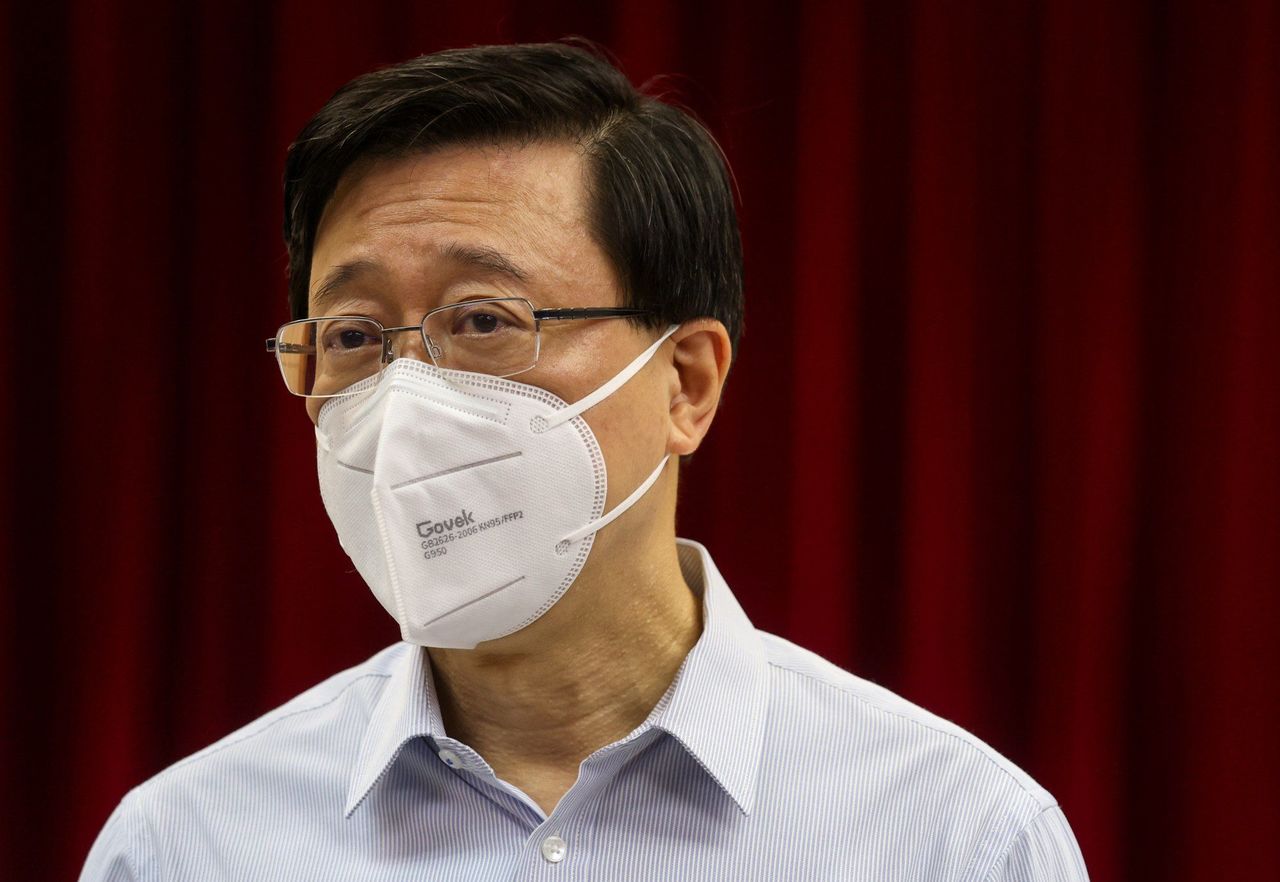 In a post on his official Facebook page, Heng said he and Lee had “reaffirmed the good momentum of [Hong Kong and Singapore’s] long-standing partnership”.

“Looking to the future, we discussed how Singapore and Hong Kong can further deepen cooperation in areas such as economic resilience and public health, and also how we can work together to contribute to regional growth and prosperity, and for the benefit of our peoples.”

He said the two places had “very much in common” as cities with international outlooks.

“We share strong economic linkages, close ties between our people, and many areas of cooperation,” Heng said.

Yap Si Hong, a director at BowerGroupAsia’s Singapore office, said the recent easing of Hong Kong’s Covid-19 travel restrictions had made it possible to resume exchanges between leaders of both cities.

“Hong Kong is playing an increasingly important role in China’s economic development – as seen in its hosting the belt and road forum – and Singapore sees engaging Hong Kong as a critical component of its relations with China,” Yap said. 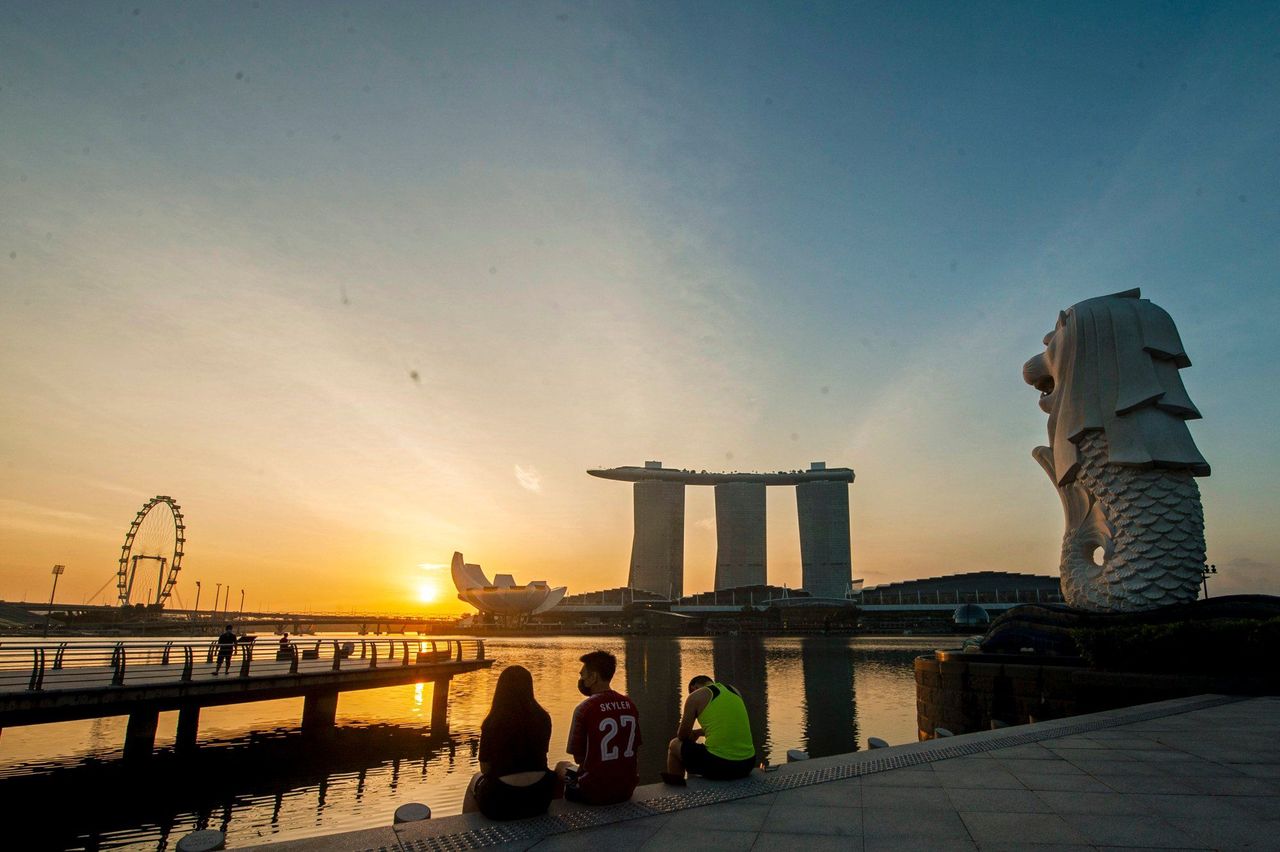 Heng also met Chief Secretary Eric Chan Kwok-ki, who described Hong Kong and Singapore as “among the most competitive externally oriented economies in the world”.

Chan told the deputy prime minister that businesses and talent from Singapore were welcome to come to Hong Kong to grasp development opportunities and make use of the city as a major platform to tap into the mainland market and Greater Bay Area.

The Greater Bay Area is an ambitious initiative by Beijing to link Hong Kong, Macau and nine cities in Guangdong province into an integrated economic and business hub.

Heng on Monday also met Secretary for Innovation, Technology and Industry Sun Dong, who tested preliminarily positive for Covid-19 later in the day and was placed in isolation. It was understood that Heng had not been classified as a close contact as the deputy prime minister and Sun had both kept their masks on throughout the meeting.

The deputy prime minister and his wife were also guests of Financial Secretary Paul Chan Mo-po later in the day, the local government said, with the pair exchanging views on economic issues, among other topics.

Heng last visited Hong Kong in 2019 after he took office as deputy prime minister of Singapore, whilst he was also serving as the city state’s finance chief at the time.

Meanwhile, earlier on Monday, Lee received the visiting president of China Development Bank Ouyang Weimin and his delegation. Both exchanged views on global issues and the city’s macroeconomic situation, according to a statement by the Hong Kong government.