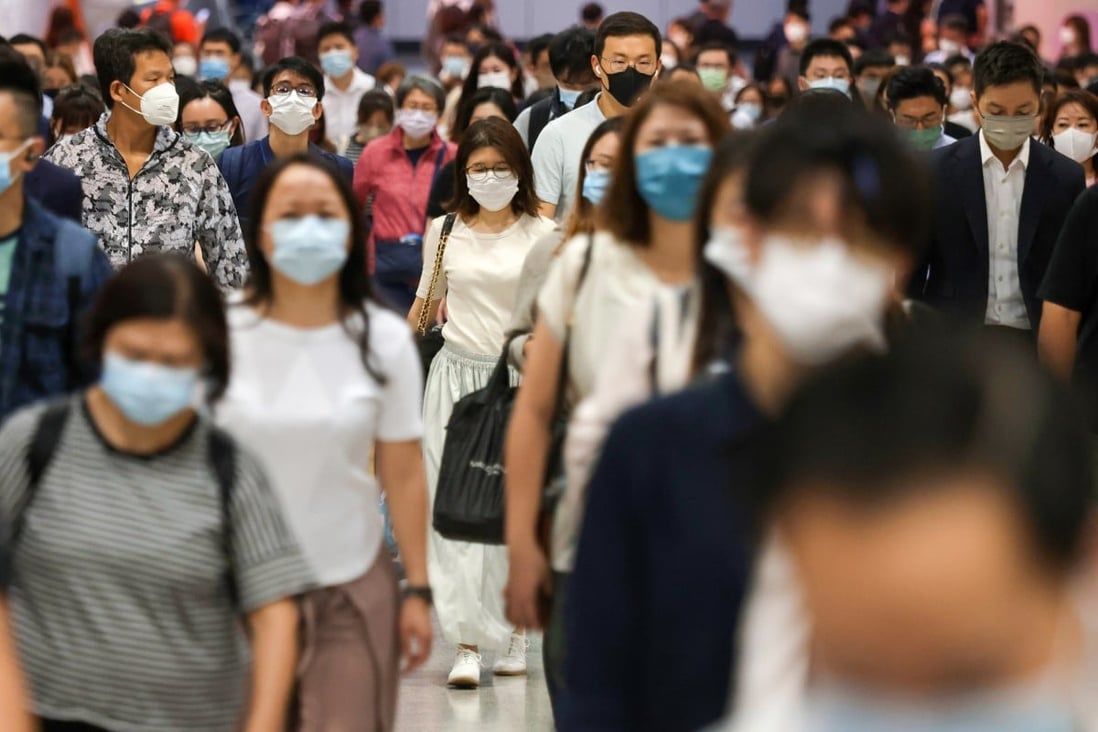 Hong Kong’s jobless rate has dropped to 3.7 per cent, marking the seventh consecutive decline this year, amid the city’s further easing of coronavirus restrictions and the continued benefit of a consumption voucher scheme.

The unemployment rate was down by 0.1 percentage point in the rolling period from September to November, compared with 3.8 per cent for the three months ending in October, according to provisional figures released by the Census and Statistics Department on Friday. Total employment grew by about 8,400 to 3,657,000 for the latest three-month stretch.

After hitting a one-year high of 5.4 per cent in the February to April period, the jobless rate has now fallen for the seventh consecutive time, marking the lowest figure since 3.4 per cent was recorded in the three-month stretch ending January 2020. 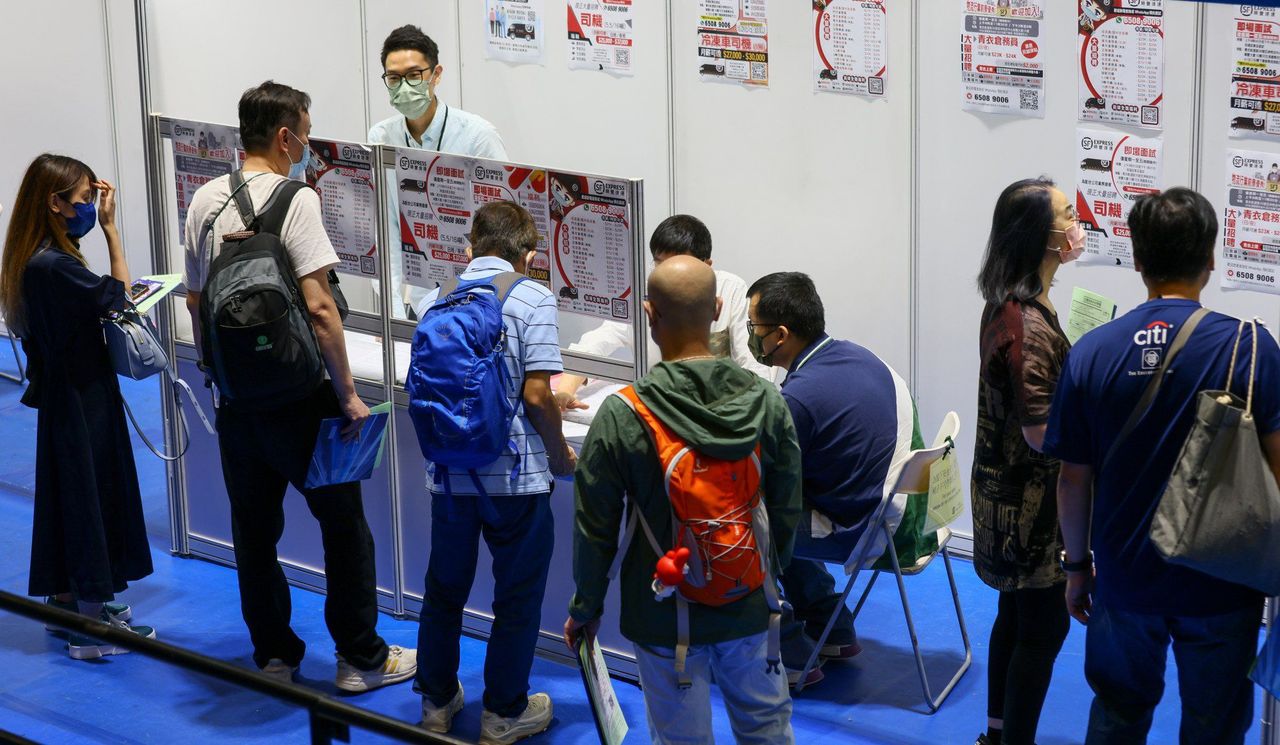 The Labour Department holds a jobs fair in October.
The underemployment rate for the September to November period also dropped by 0.1 percentage point to 1.6 per cent. The number of underemployed fell by 3,700 to 59,700, while the number of jobless declined by 8,500 to 138,900.

The jobless rate dropped across almost all major sectors, with a notable decrease in the construction sector. The unemployment rate for the food and drinks industry fell by 0.3 percentage point to 5.1 per cent, while that of the retail sector declined by 0.2 percentage point to 5 per cent.

Secretary for Labour and Welfare Chris Sun Yuk-han said the near-term outlook for the labour market depended on the pace of revival in domestic economic activity.

“The further relaxation of epidemic-related measures and the consumption voucher scheme also help, but tightened financial conditions will partly offset the positive effects,” he said. “It remains vital for the community to work together with the government to continue to contain the epidemic.”

Vouchers were first introduced last year in a bid to boost the city’s economy, with each eligible resident receiving e-coupons worth HK$5,000 (US$640). The second iteration of the scheme doubled the amount but split the handouts into two batches, the first of which was issued in April.

The government announced in September an end to the compulsory hotel quarantine requirement for incoming travellers to the city, who still had to undergo three days of medical surveillance at home or in a hotel. Arrivals were barred from entering certain premises during the period until Wednesday, when officials ended the “0+3” regime.

Simon Lee Siu-po, an economist and honorary fellow at the Asia-Pacific Institute of Business at Chinese University, said a major improvement in the city’s job market would only occur after the full reopening of the border with mainland China.

“The labour market seems to have hit a bottleneck now without drastic stimulus measures,” Lee said. “Only when the border reopening kicks off we will see more jobs.”

The Post earlier reported that the border between Hong Kong and the mainland was expected to fully reopen next month, as Beijing was keen to reboot the country’s economy.

Gary Ng Cheuk-yan, a senior economist at Natixis Corporate and Investment Bank, said he also expected to see the unemployment rate fall to at least 3.3 per cent in the first half of next year after the border reopening.

“Whether the jobless rate will hit 3 per cent by the end of next year will hinge on the pace of the city’s economic revival in 2023, especially the tourism-related sectors which will bring in a lot of jobs,” Ng said.
#Coronavirus
Add Comment