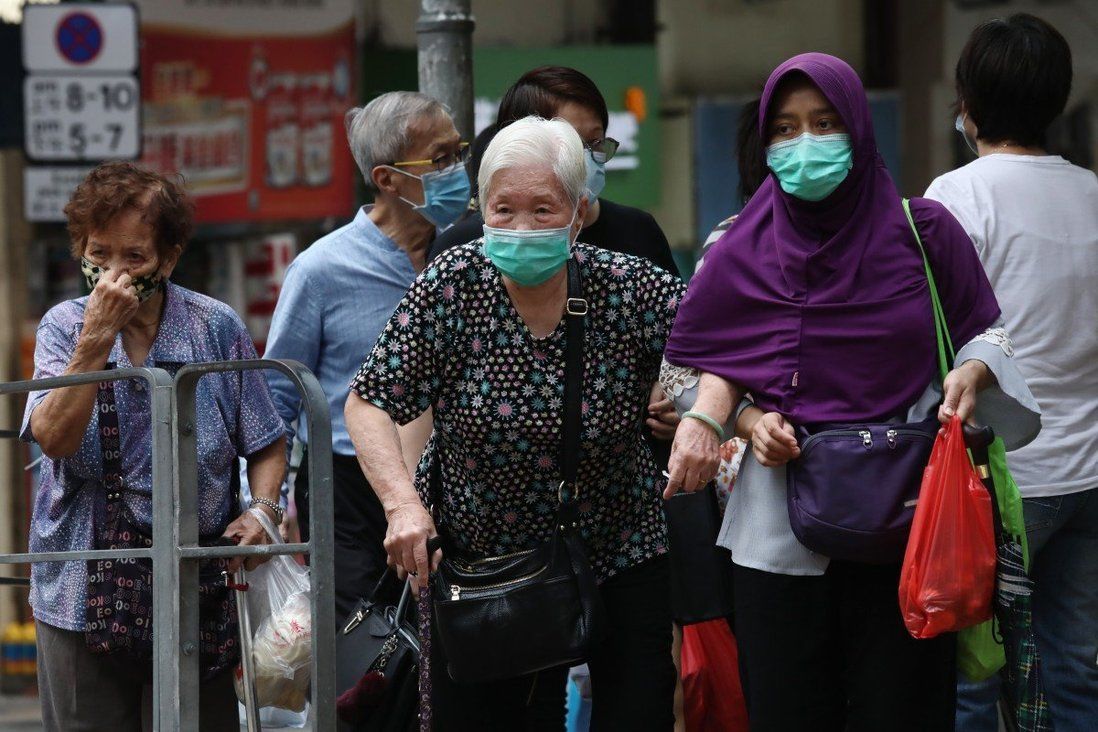 Due to the overwhelming response, the final issuance amount of this batch of Silver Bonds will increase to HK$30 billion, with most banks reporting record high subscriptions after the government lowered the age limit from 65 to 60.

The latest round of Hong Kong’s inflation-linked government debt targeted at senior savers, known as Silver Bonds, has been oversubscribed 2.8 times, attracting a record HK$67.97 billion (US$8.77 billion) from 257,000 people, according to a Hong Kong government spokesperson on Friday.

Due to the overwhelming response, the final issuance amount of this batch of Silver Bonds will increase from HK$24 billion to HK$30 billion, according to a government spokesperson, double the amount issued in the previous offering in December. The final allotment result will be announced on August 6.

In its latest offering from July 20 until 2pm on Friday, the city’s government lowered the minimum age to subscribe from 65 to 60 for the first time since the bonds were first issued to retail investors in 2016. This adds 600,000 more people who are qualified to buy the bond, expanding the total to 2 million.

The response was the strongest yet among all six rounds of Silver Bond offerings issued by the city, blowing past the HK$8.9 billion in principal attracted from applicants in 2016 and HK$7.9 billion in 2019. It also eclipsed the HK$43.2 billion spent by about 135,000 investors in December last year.

The Silver Bonds are popular because they offer a guaranteed minimum annual return of 3.5 per cent and possibly higher returns, if consumer prices rise. These returns are particularly attractive at the moment because they offer a higher minimum payout than many traditional savings products as central banks keep interest rates at historic lows.

The bonds will make an interest payment every six months based on the average rate of the consumer price index over that half-year period. The minimum payout is one-and-a-half times larger than what the government offered four years ago and more generous than the minimum 2 per cent rate on similar inflation-linked bonds issued by the city, known as iBonds.

HSBC, the biggest of the city’s three currency issuing banks, said the latest batch of Silver Bond set several records. “The number of subscriptions we received almost doubled from 2020 while total value surged 71 per cent. Digital channels have also become increasingly popular among the seniors with over 40 per cent of the applications received via mobile and online banking,” HSBC said in a statement.

The average subscription amount received by the HSBC was HK$280,000 each, while about 20 per cent of the total orders came from applicants between 60 and 64, who are eligible to purchase Silver Bonds for the first time.

Hang Seng Bank, which is 62.1 per cent owned by HSBC, also saw record-breaking subscribers more than double than last year, while subscription amount also rose 80 per cent to a record high. The number of subscribers aged between 60 and 64 accounted for close to 40 per cent of the total. 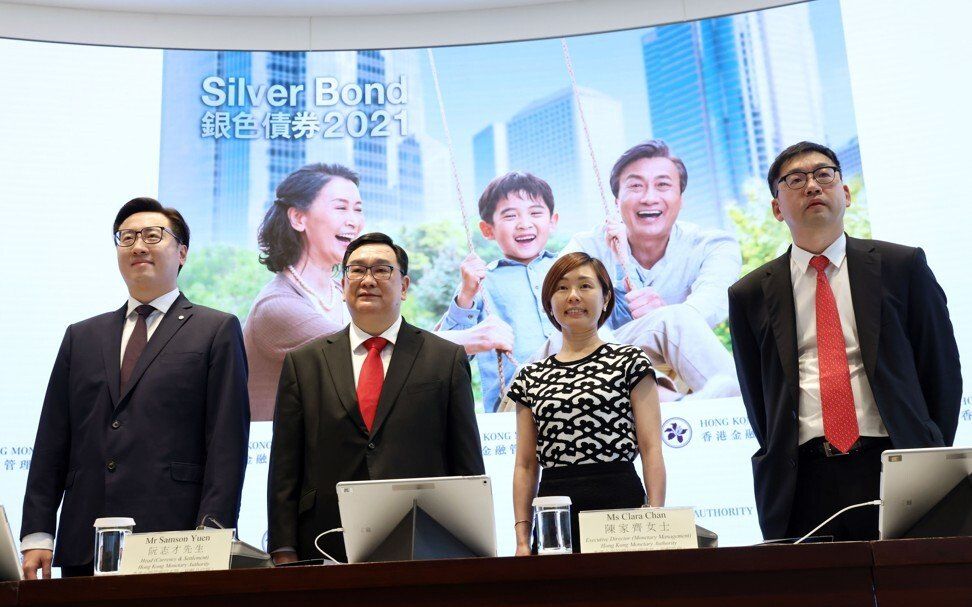 Bankers and Hong Kong Monetary Authority officials at a press conference in June announcing the latest round of Silver Bonds. The age range was lowered from 65 to 60 for this batch.

Bank of China (Hong Kong) also said its subscription money reached a record high. “Most investors mainly bought the bonds from our branch network. However, we have also witnessed more people using mobile phones to buy the bonds, which was three times that of last year,” said Arnold Chow, deputy general manager of the personal digital banking product department.

“The low-interest rate environment explains why so many people like to invest in Silver Bonds as a long-term investment; it’s low risk and offer higher returns than bank deposits,” Chow said.

Standard Chartered saw the number of bond applications more than double compared with the last tranche, while the subscription amount was more than 60 per cent higher. Bank of East Asia said its subscriber numbers rose 85 per cent.

DBS Bank also saw record high subscriptions. The Singapore-based bank said that it had almost 70 per cent more subscribers while the subscription amount rose 10 per cent to HK$639 million, with 40 per cent of them in the 60 to 64 age group.

Hong Kong issued HK$15 billion worth of Silver Bonds in December as it seeks to provide a higher-paying savings option for seniors as the city’s population rapidly ages.

The city’s elderly population is expected to double to 2.44 million by 2038, according to a 2019 report
by the city’s government economist.

The latest batch of Silver Bonds come as concerns are increasing about rising inflation globally and whether central banks will pull back on stimulus before the global economy completely recovers from a slowdown caused by the coronavirus pandemic.

Consumer prices rose 0.7 per cent in Hong Kong in June, the sixth consecutive monthly increase this year, according to the latest government figures. The city’s economy suffered its worst contraction on record in 2020, but grew at 7.9 per cent in the first quarter, its fastest pace in more than a decade,
and another 7.5 per cent in the second quarter.

Last month’s round of iBonds, which had no age threshold, were oversubscribed 3.6 times and attracted a record HK$53.95 billion from 709,198 people, according to the HKMA.