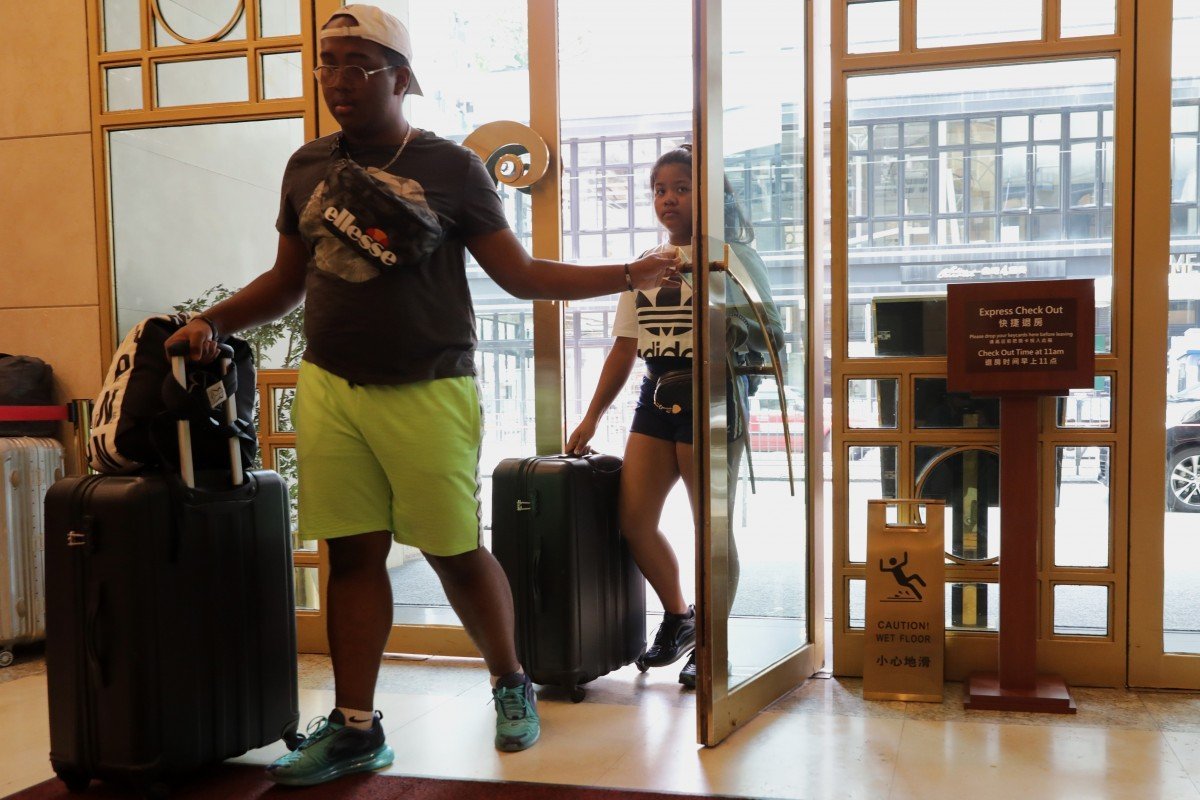 The outlook for Hong Kong’s hotel sector looks bleak as occupancy continued to fall for Christmas despite room rates dropping to as low as US$12 a night. According to the Hong Kong Tourism Board, there were 3.31 million arrivals in October, a decline of 43.7 per cent from the same month in 2018

The outlook for Hong Kong's hotel sector looked bleak as occupancy continued to fall on the run-up to Christmas despite room rates dropping to as low as US$12 a night.

Hotel rates for Christmas hit a low of HK$93 (US$12) at the Winland 800 Hotel in Tsing Yi, which is offering the rate through the Trip.com website. The hotel did not immediately respond to the ﻿Post’s request for comment.

While the rate for the three-star, 800-room hotel with sea views had risen slightly from a low of HK$71 (US$9.06) in September, this increase did not signal an improved business environment for the hotel industry.

“In the earlier months of the recent social problems, by significantly lowering room rates we were still able to get full house or high occupancy,” said William Cheng, chairman and chief executive of Magnificent Hotel Investments, which owns nine hotels, including Best Western in Hong Kong.

From September to December, Magnificent’s hotels had seen revenue drop by up to 70 per cent, as occupancy and room rates fell. Their hotels in Hong Kong managed to achieve an occupancy rate of above 50 per cent for Christmas, Cheng said, though revenue did not improve.

Hotels in the Tsim Sha Tsui area were the worst hit, according to Cheng.

“Some of our hotels in North Point, Sheung Wan saw less of a problem. However, traditionally the most popular locations such as Causeway Bay and Tsim Sha Tsui saw the most severe drop compared to last year,” he said.

“Hotel rooms had to drop to unbelievably low rates in order to attract bookings. There’s no prospect of improvement for the hotel industry.”

Cheng said more young locals had been booking hotel rooms, attracted by the low rates, but that was not enough.

The slump in tourist arrivals to Hong Kong worsened in October, the last month for which official figures were available, after months of escalating violence during anti-government protests.

According to the latest figures from the Hong Kong Tourism Board, there were 3.31 million arrivals in October, a decline of 43.7 per cent from the same month in 2018.

Cheng said the government should do more to help the hotel industry, including providing subsidies to encourage overseas travellers to come to Hong Kong.

Earlier in December, Sun Hung Kai Properties, Hong Kong’s biggest developer by value, said revenue at its hotels division had plummeted by up to half in November and December, as the city’s tourism industry struggled to stay afloat amid seven months of civil unrest and the US-China trade war.

Revenue per available room dropped in these two months by 40 per cent to 50 per cent year on year, according to Adam Kwok, the company’s executive director.

In a filing to the Hong Kong stock exchange earlier in December, Sino Hotels said that it expected net profit for the five months ending November 30 to decrease by around 94 per cent amid a “challenging business environment”.