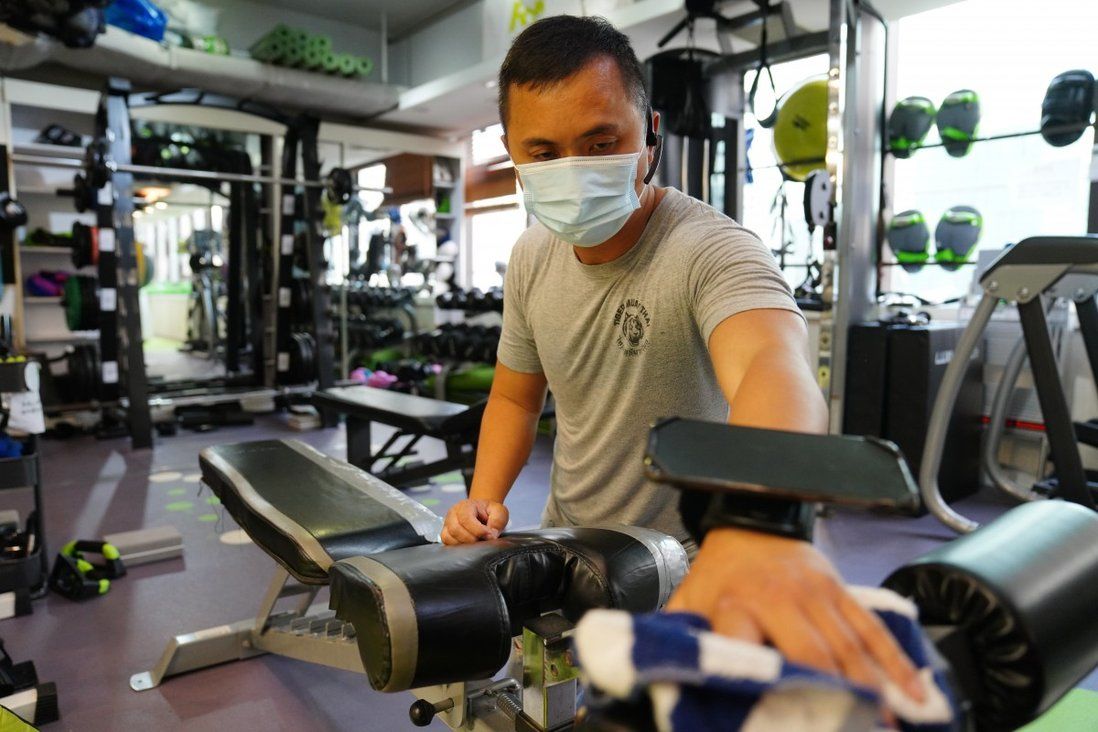 Business leaders say closures have left owners out of pocket to tune of an estimated HK$2 billion. Many venues report being almost fully booked ahead of reopening on Thursday.

Hong Kong’s beauty parlours and gyms are almost fully booked and eager to reopen on Thursday, after more than two months of coronavirus-related closures left businesses out of pocket by an estimated HK$2 billion (US$258 million).

At Mong Kok’s Cupid Beauty, a salon which specialises in facial and body treatments, CEO Harry So said on Wednesday that the company had lost at least HK$1 million in revenue because it could not operate for over 160 days.

But he said it was an “almost full house” for reservations after the government announced on Tuesday it would relax strict social-distancing rules and allow an array of businesses including beauty and massage parlours, sports venues, fitness centres and cinemas to reopen with the city’s fourth wave of infections appearing to ease in recent weeks.

The bookings were a relief as some of So’s employees had taken voluntary unpaid leave during the suspensions, while the landlord was chasing for rent.

“The landlord misunderstood and thought we received a lot of government compensation but that’s not the reality. We had very little government support and had to use company reserves to go on,” So said.

He hired an external company to thoroughly disinfect the premises and the 30-plus employees took Covid-19 tests on Tuesday and Wednesday, to meet a government requirement for reopening.

Sioban Guilfoyle, owner of Glow Spa & Salon in Central, expressed excitement about reopening the beauty salon section of her business.

Revenue had slumped by two-thirds as she was only allowed to operate the hair salon part over the past few months. No employees were laid off but Guilfoyle had to bear the costs, while also compensating some customers who could not complete treatments in specified packages.

Bookings for the spa and hair salon were full until mid-March, she added.

Angela Chan Sau-yee, who chairs the Federation of Beauty Industry’s executive committee, estimated the sector had lost at least HK$2 billion in revenue over the past 2½ months as shops missed out on peak periods during Christmas and Lunar New Year.

In the gym sector, Pure Yoga, a fitness chain operating 12 branches in the city, said 80 per cent of yoga and 70 per cent of fitness classes for Thursday and Friday were booked as of 6pm Wednesday.

Among coronavirus precautions, cardio machines would be spaced 1.5 metres apart or separated by screens, and strength equipment would be configured to avoid users being in the same breathing zone, it said on its website.

At RMG Muaythai & Fitness Gym in Mong Kok, owner Ray Or Chuen-ting said most of his evening classes were fully booked and the morning ones only had a few slots remaining.

His gym lost at around HK$1 million in revenue as it had been forced to close on three occasions during the pandemic so far.

But Or said he was “extremely short-handed” as most of his part-time employees had already switched industries because of the lack of job stability caused by repeated closures. 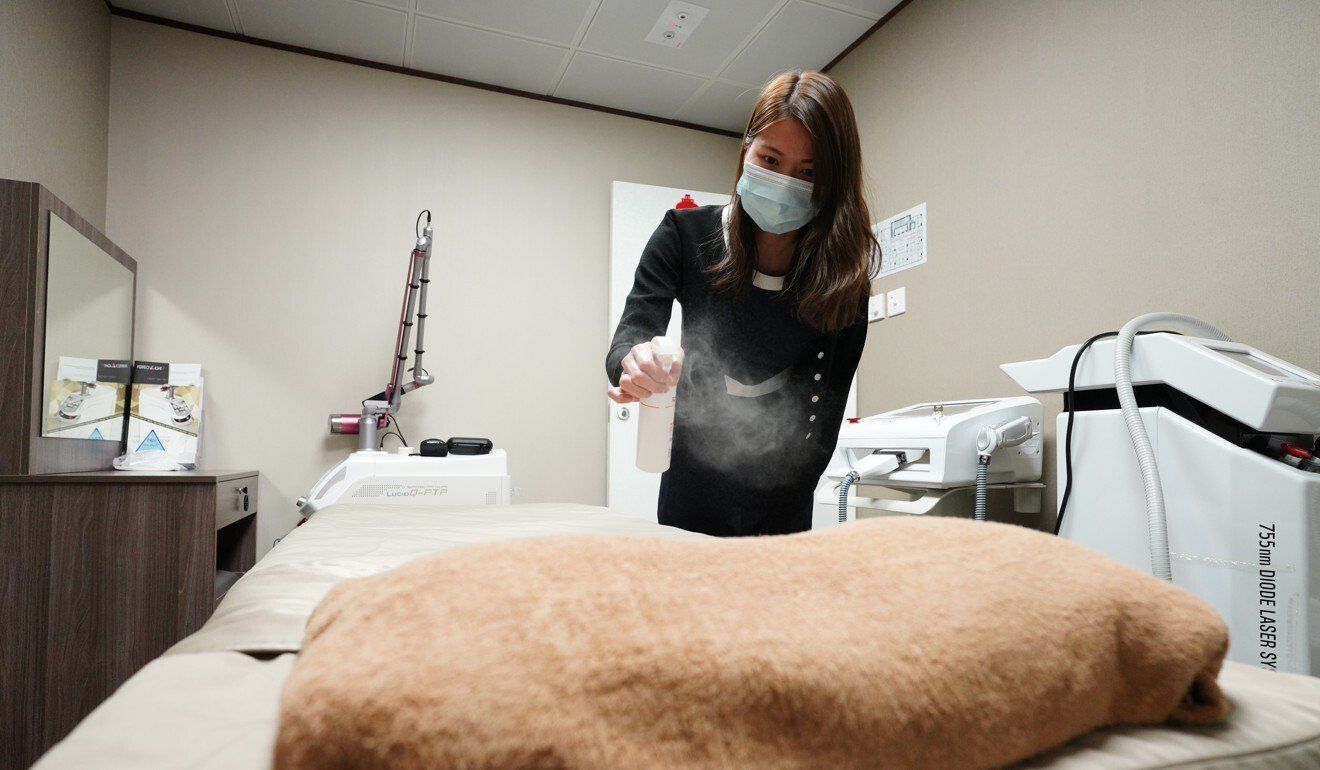 A staff member at Cupid Beauty & Hair Centre does some final cleaning before the business reopens on Thursday.

“I dare not hire more people for fear of yet another mandated closure as it might not be the last time,” he said. “Once the situation stabilises, then I will hire more.”

The government’s relaxed measures come with new conditions such as compulsory testing for employees of the reopened businesses every two weeks, and a requirement for these workers to ensure customers will use the “Leave Home Safe” Covid-19 risk exposure app at their premises, or provide names and phone numbers for potential contact-tracing purposes.

All the businesses the Post spoke to had already put up a QR code for customers to scan into the app at the door, but had also provided other options for having information recorded.

Or said members who were already registered in their in-house system could have their attendance taken there, or choose to fill in their details through Google forms if they preferred.

“We already had the code displayed as it was mandatory, but no one was willing to scan back then, as I think Hongkongers probably don’t trust the government,” Or said. “Honestly, we can’t force people to scan the QR code.”

So also said Cupid Beauty would record their customers’ arrival and leaving time with their own system.

“We already put out the code since December, we will recommend our customers to use the app but if they don’t want to, we still have other ways to record [their information],” So said.

Many of the owners hoped the government would not impose another mandated closure.

So believed hygiene standards for the beauty industry were already very high because of the nature of their services, but the government had “misunderstood” that transmission risks were high, while Or felt gyms were already “doing their best” to keep up with prevention measures.

“We are also nervous about cases happening in our gym, but I think our prevention measures are very adequate, I can’t think of anything else we can do to enhance them,” Or said.