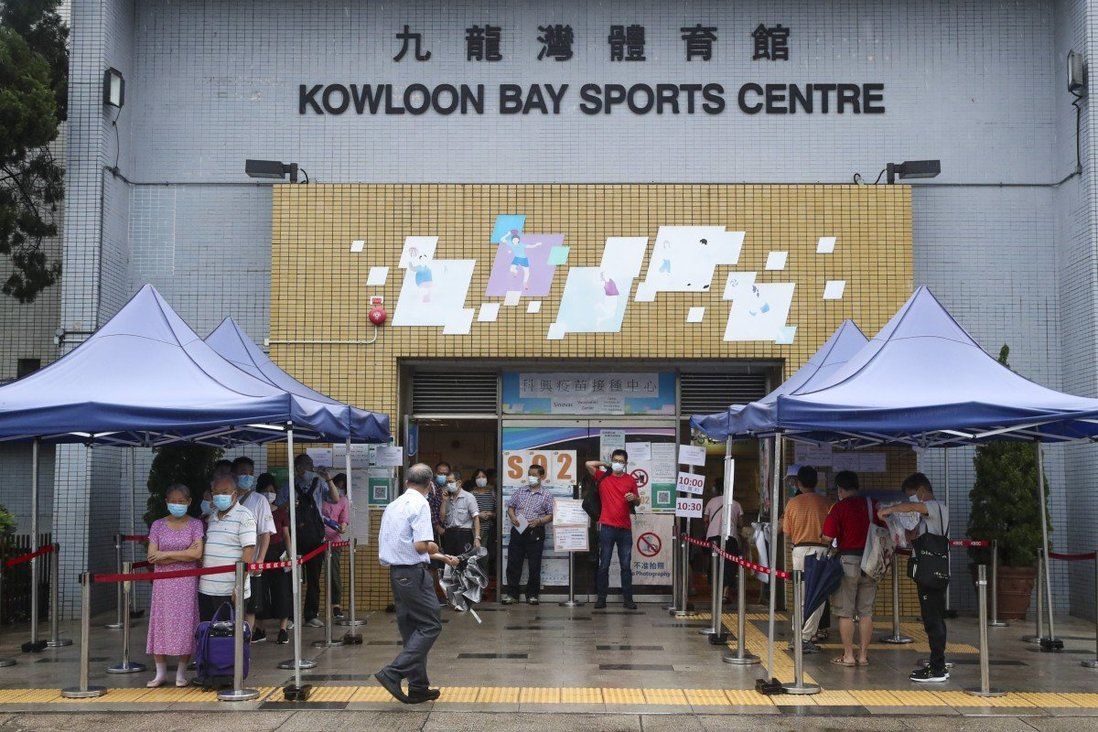 The Independent Commission Against Corruption (ICAC) accused group of falsifying records by pretending they were inoculated with BioNTech vaccine.
Hong Kong’s graft buster has prosecuted a nurse working at a community vaccination centre and four of her friends for allegedly forging Covid-19 vaccination records.

The five suspects were released on bail after the arrests on Friday, and will stand before Kwun Tong Court next Tuesday for a plea deal.

The Independent Commission Against Corruption (ICAC) accused the group of falsifying records by pretending they had been inoculated with a BioNTech vaccine at Kowloon Bay Sports Centre operated by Quality HealthCare Medical Services (QHMS).

According to the agency, the alleged offences took place between January and late February this year after registered nurse Carmen Ho Ka-man, 34, was contacted by QHMS to work at the centre on a part-time basis to provide vaccination services.

Housewives Liu Hoi-yan, 42, and her mother Siu Hang-yee, 70, allegedly visited the centre on February 20, four days before the government’s vaccine pass arrangement came into effect requiring all people aged 12 or above entering certain premises, such as shopping malls and supermarkets, to be vaccinated unless they had a medical exemption.

The pair were issued inoculation records by Ho despite not receiving any jabs.

The trio face one count of conspiracy to commit forgery. The two housewives were accused of intending to use the fake records to gain access to venues covered under the vaccine pass scheme.

“ICAC enquiries revealed that Liu and Cheng Nga-yi were friends with Ho. They had separately told Ho their worries about the side-effects of vaccination and the restricted access to a number of venues following the implementation of the vaccine pass arrangement,” the statement said.

To avoid possible conflicts of interest, QHMS prohibits nurses working at the centre from providing vaccination services to their family members and friends.

ICAC said its investigation arose from a corruption complaint and prosecuted the five people after seeking legal advice from the Department of Justice.

It warned members of the public against resorting to illegal means to obtain vaccination records as forgery was a serious offence which carried a sentence of up to 14 years in prison.
#Vaccines  #BioNTech  #COVID-19  #vaccine  #Covid
Add Comment