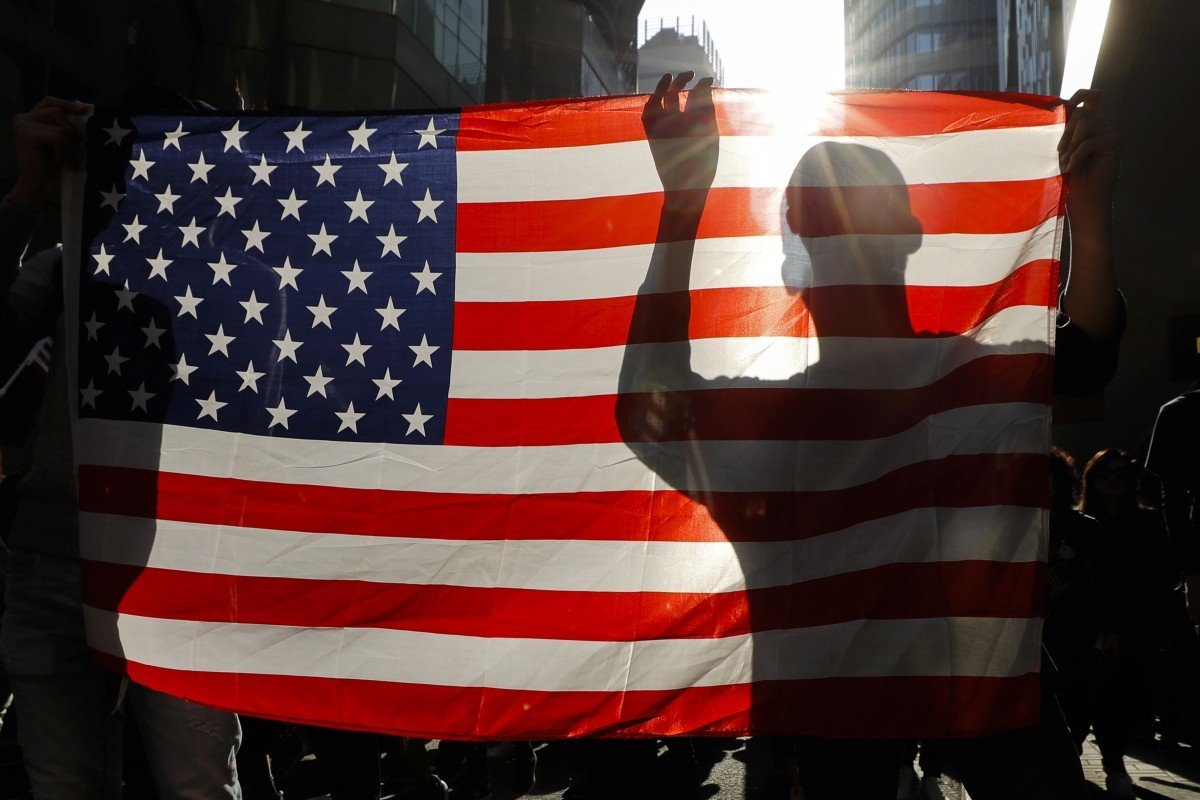 Rioters who carried the American flag to the United States consulate and shouted pro-US slogans should be ashamed of themselves. They are so ignorant of the history of US policy against China.

Chinese labourers who built the Transcontinental Railroad through the Sierra Nevada mountains in the US were paid less than native-born American workers.

From 1882 onwards, the US Congress enacted a series of laws to prevent Chinese immigration to the US, culminating in the Chinese Exclusion Act, requiring Chinese in the country to carry a resident’s permit at all time. This act was only repealed in 1943.

Between 1916 and 1918, China sent around 140,000 labourers to help the Allies during World War I. At the Versailles Peace Conference, which ended the war, Shandong province, previously held by imperial Germany, was awarded to Japan. This sparked the May 4 movement, which resulted in the establishment of the Communist Party.

All you rioters: educate yourselves, unless despise your own people and want to be white.

The Post reports that “calls for BN (O)-holding Hongkongers to receive the right of abode have been rising in Britain amid the city’s increasing violence from protesters and police” (“Nearly half of Britons would let Hongkongers with British passports live in UK, survey finds” December 7).

A survey commissioned by Hong Kong Watch, a group based in the United Kingdom, found that only one in five people opposed granting the right of abode to all British National (Overseas) passport holders, while 45 per cent supported the idea.

If you think that, when this act of grace comes about, the rioters will leave for Britain and the violent street unrest, now into the seventh month, will abate, think again. On the contrary, the rioters will feel safe to stay put in Hong Kong to escalate their violence, until the effective crackdown finally comes about – the police shooting with live rounds to disable those who resist arrest en masse. Protesters’ ulterior motive has never been to become second-class citizens in the UK or the US, but to provoke a Tiananmen 2.0 and invite foreign intervention that secures independence for Hong Kong.

That was why senior civil servants were granted right of abode to the UK before 1997 without having to leave Hong Kong, although their children attending UK universities were entitled to the same discounted fees as the children of those resident in the UK. These civil servants could stay put in Hong Kong and join former governor Chris Patten in playing hell with Beijing.
The apparently benevolent act of granting Hongkongers right of abode in Britain at this point will be as much a Machiavellian move.