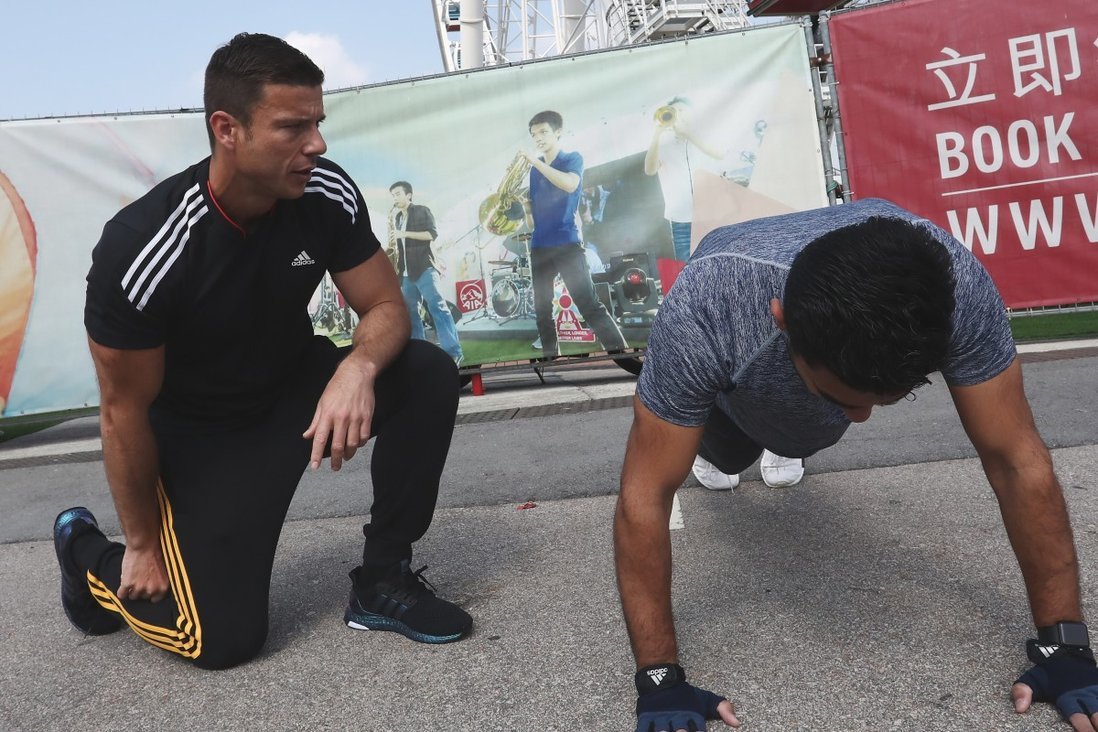 Ozgur “Ozzy” Irier runs a very specific type of personal training session. The Turkish expat regularly yells at his clients, swears and takes their phones away when they are slacking off during exercising.

His hardline stance, which includes no room for excuses or “babysitting”, is also a huge hit with Hongkongers. Irier, who has worked in the fitness industry for 14 years, calls himself a “life coach”, usually works 12 hours a day and is booked solid weeks in advance.

Irier is also one of an estimated 25,000 part- or full-time personal trainers and fitness instructors in Hong Kong who work as independent contractors and have had to deal with a stark new reality that started early in 2020, and has now carried into 2021. To make ends meet, they have had to choose if they want to adhere to the government’s strict restrictions, or break them and stay afloat financially, which could land them fines or even jail time.

Gyms and workout studios have been closed for more than 120 days and counting because of Covid-19 restrictions, yet there has not been a reported case tied directly to the fitness industry. While some gyms have received financial relief from the government, personal trainers have been left to fend for themselves, and they have pivoted outside to local parks and green spaces. 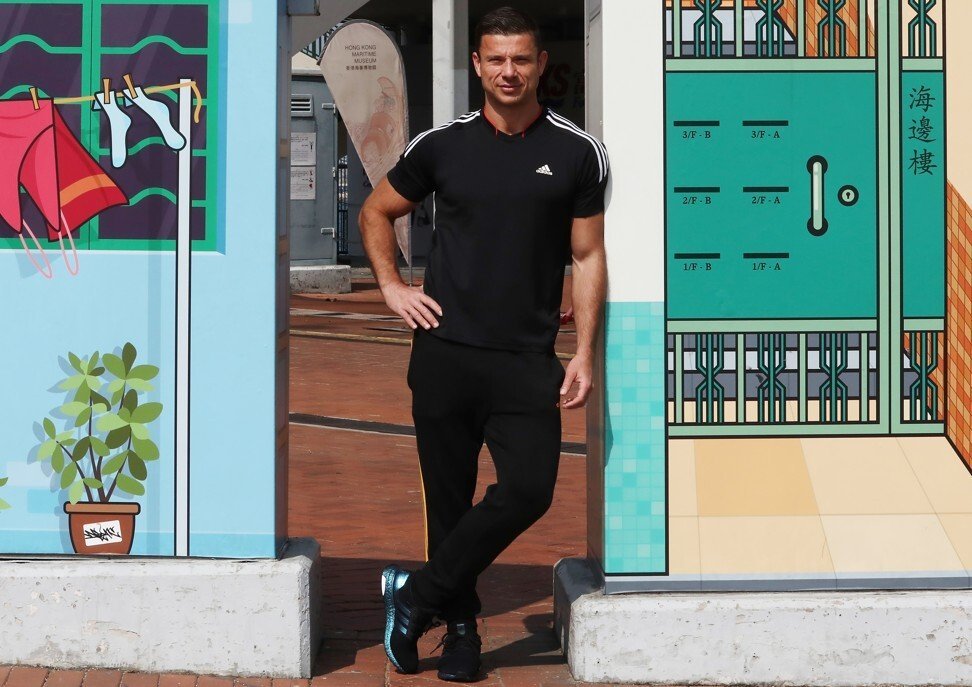 It is a common sight in almost every neighbourhood enclave, personal trainers holding group sessions, breaking social-distancing rules, which cap groups at two and require people to be at least 1.5 metres apart. Irier said he understands both sides of the argument in fighting the pandemic.

“If you look at it from the government’s perspective, I understand it,” said Irier. “But I also understand the people, they need to stay in shape as well, this is how we fight the virus.”

Some said they have had group sessions with up to 12 people, and had the police walk by and say nothing, indicating a clear gap between government regulations and law enforcement. They said attendees care little about the government’s social-distancing rules, as they are clearly prioritising their fitness over adhering to what many said are Draconian regulations and heavy-handed tactics to get case numbers down.

Irier said this is the norm with every industry, from fitness and entertainment to food and beverage and beauty salons.

“You see this with the restaurants, they say you can only sit here, only two people here, use this divider. But it is the same. People want to eat and they want to eat together, so they will. And the restaurants will let them because they need to make money.”


Hong Kong’s fourth wave appears to be on a downward trend, with 25 new infections recorded on Wednesday, the lowest since mid November. Total cases now stand at 9,074, with 154 related deaths. Hong Kong’s per capita rate of infections and deaths is incredibly low, with most global projections putting the city well out of the top 100.

Hongkongers’ mental health has also has taken a nosedive and the government’s restrictions have clearly brought about a wave of coronavirus apathy.

A study released in September by the Mental Health Month organising committee found most of the city’s denizens would rate their psychological state as “unsatisfactory”, while parents have found a new reality to deal with, kids stuck at home because schools are shut while they are forced to work from home due to company policy in line with the government’s mandate.

Gym owners pleaded with Carrie Lam Cheng Yuet-ngor’s cabinet directly during the fourth wave in December not to shut them down again, warning the vast majority of fitness studio owners were within months of going bankrupt. This fell on deaf ears as Lam axed all fitness-related venues on December 8. 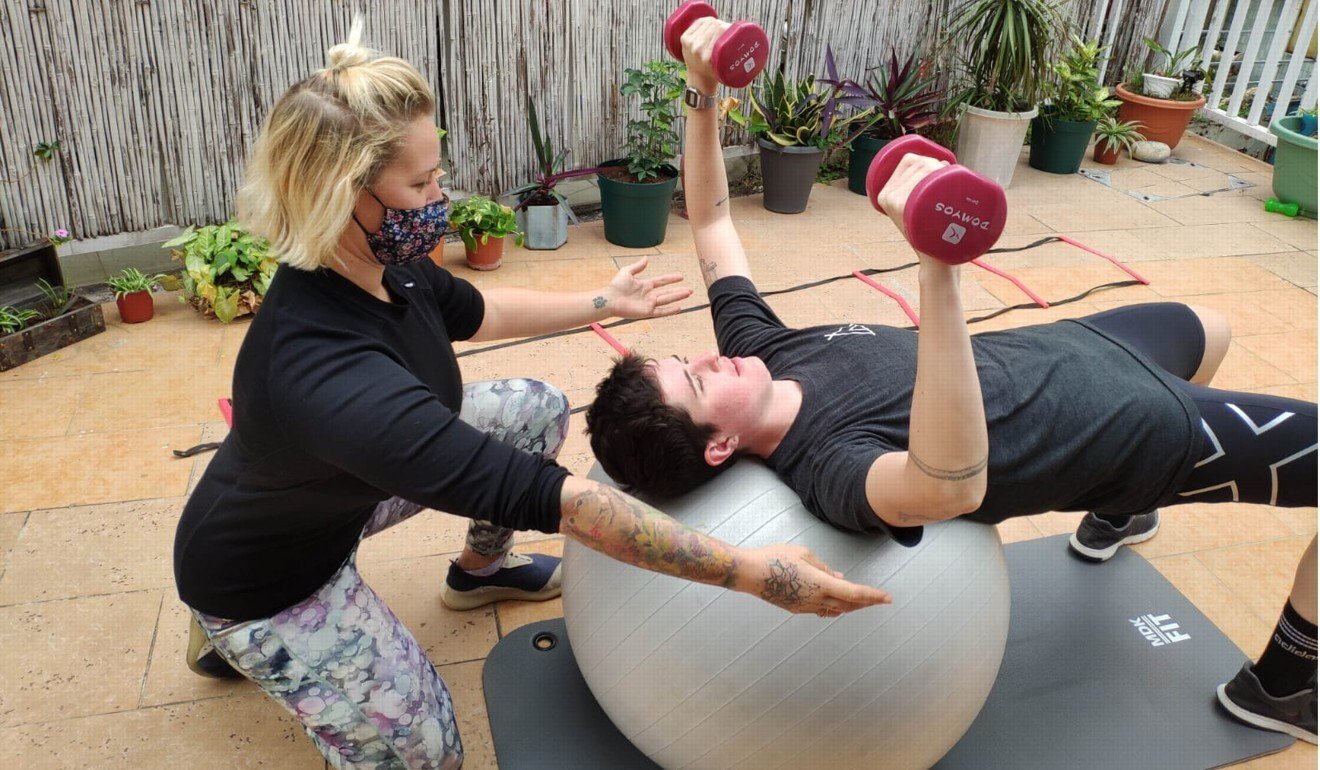 Personal trainers interviewed also said they know a number of larger fitness chains, where they regularly used to take clients, have stopped paying rent on large leases. Landlords are unwilling to kick them out because of legal complications and a lack of ability to find new tenants, they added.

Dozens of locally owned and operated gyms, from yoga studios to personal training spaces, are estimated to have closed permanently.

Maria Fountain, a personal trainer and yoga instructor, said she has had to adjust to the new reality, heading outside and doing only one-on-one sessions. However, she said she is still busy, working six days a week, but has heard horror stories from gym owners who are unable to bring in revenue where she used to host clients.

“A big issue I know is landlords unwilling to help out if a facility has to close,” said Fountain. “They still want rent paid regardless. Some sort of relief would be helpful for most small fitness studios. I believe that when taking the correct measures gyms and fitness centres can be run safely, plus they help to provide people with stimulation and stress relief.”


Some gyms were offered HK$100,000 during the government’s first round of relief, but many said technical issues with documents and stringent requirements left them unable to receive the handout. Also, gym owners say they are still waiting for the second round of relief (HK$50,000), and again find themselves buried in uncompromising paperwork requirements trying to get the cash injection.

Jason Richard, who has been working in the personal training space since 2008, said he has noticed a shift in people’s appetite for fitness.

“Since the gym closures and social-distancing measures, many clients have decided to put training on hold due to health concerns, financial issues and reluctance to train outdoors.”

Richard, who said he has not held a group training session when restrictions have been in place, said he thinks the resentment towards the pandemic’s impact on people’s lives is misguided.

“I hold no ill feelings towards the government’s decisions,” he said. “While shutting down gyms has greatly affected my business and profits, I understand that there is a greater risk of loss, that is the loss of lives of people who succumb to the virus. Many other sectors are struggling, not just mine. I think people need to take their anger towards the government, and refocus that energy into staying healthy and productive.”

Irier said that while he is still busy with clients, he’s spoken to other personal trainers who have noticed a significant drop-off in attendees when the fourth wave hit. He chalked this up to fatigue, apathy and an unwillingness to commit to new forms of training. He also said the cold weather has had an impact, too.

“They just want to stay home and eat and watch Netflix now, and that is good for nobody.”

January is usually the busiest month for personal trainers as people look to make good on New Year’s resolutions to get in shape. Gyms see a massive boom in memberships in January as well.


Hill Young, a fitness instructor, who used to work as a physical education teacher, said the government appears to be creating a perfect storm for the virus with its tactics.

“It has been a very challenging situation in Hong Kong, since the political situation beforehand. The unstable environment makes it pretty difficult to maintain frequent trainings with clients,” he said.

“The government closed down all indoor gym facilities, making my clients have to try to readapt to outdoor workouts. And basically the government promotes the staying home methodology instead of working out to have a strong body to fight Covid. It causes clients to skip trainings regularly which makes them more vulnerable to sickness.”