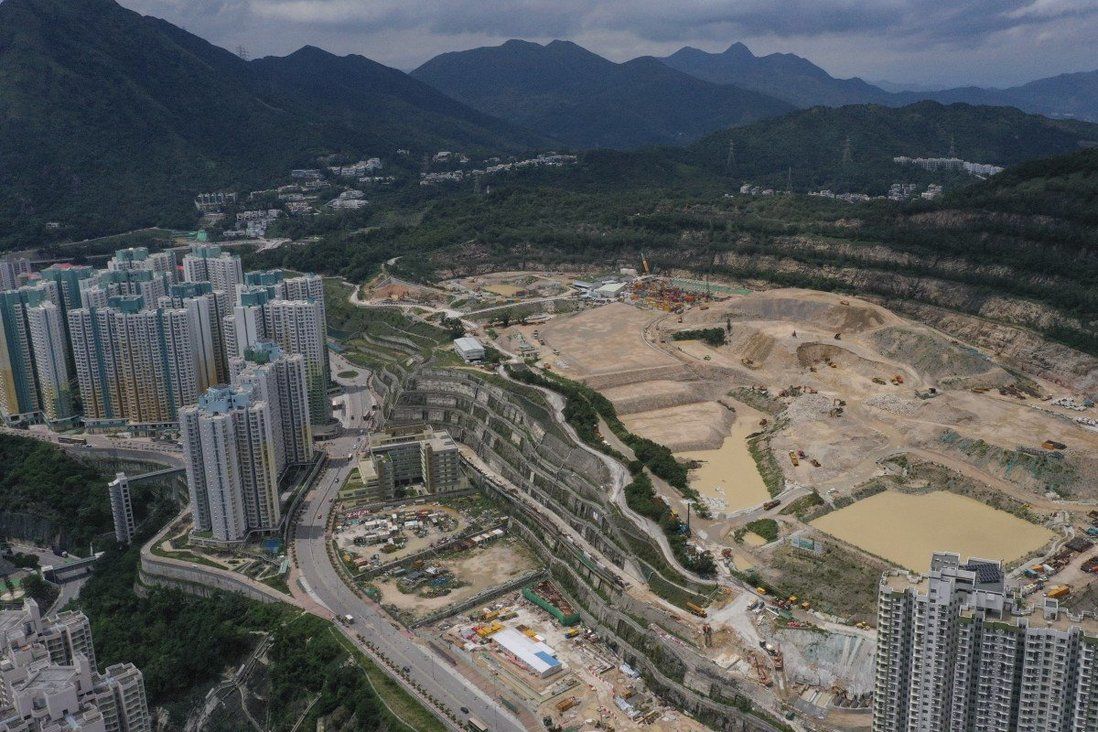 Mount Anderson in Kwun Tong, the first new residential property project to be launched in the Year of the Ox, saw just three of 52 flats sold on Tuesday evening, according to agents.

Mount Anderson, the first new residential property project to be launched in the Year of the Ox, received a very lukewarm response from buyers, with just three of 52 flats sold on Tuesday, according to agents.

Some potential buyers are apparently hesitant to take the plunge because of concerns about transport links to the development, which is on the site of a former quarry in east Kowloon and currently has no bus services.

“As it is a newly developed area, it is inevitable that buyers need to take time to learn and get comfortable with the project’s location and transport links,” said Sammy Po Siu-ming, chief executive of Midland Realty’s residential division.

“We understand that a transport interchange will be put in place, with bus links to the Kwun Tong and Choi Hung subway stations, when the project is completed.”

Some 52 units of the project developed by Chinachem Group in Kwun Tong were offered to the public at an average price of HK$20,363 per square foot. Another 16 units were put on sale via private tender.

The cheapest unit in the batch, measuring 377 sq ft, will cost HK$7.92 million after discounts.

That is around 16 per cent lower than a project on sale in nearby Kai Tak and 10 per cent cheaper than another one near the Kwun Tong subway station, Po said.

Mount Anderson, with 334 units in four towers, is expected to be completed in March next year. The units are one-to-three bedroom flats with usable space of around 300 to 900 square feet.

Three years ago, Chinachem outbid more than 20 rivals to win the tender to develop the Kwun Tong site on Anderson Road.

Four days ahead of the Lunar New Year holiday that began on February 12, Sino Land sold less than half the 132 flats it offered at Grand Central in Kwun Tong, after pricing them some 30 per cent higher than when the project was launched in 2018.

That project, close to the Kwun Tong subway station and due to be delivered in May, is attached to a shopping centre set to open in April. Some 1,687 of the 1,999 flats there, priced at an average of HK$22,638 per sq ft, have been sold.

Late last month, Wheelock Properties sold just under half of 90 units at Grande Monaco, a residential project in Kai Tak, another east Kowloon district, where Hong Kong’s former international airport was located. The average price was HK$24,124 per sq ft after discount.

A strong stock market performance and restricted overseas travel for potential buyers amid the pandemic helped lift second-hand flat sales to 180 deals last week, up 55 per cent from the previous week, based on Ricacorp Properties’ data from 50 benchmark housing estates.

However, for some newly launched projects that are not priced attractively and have issues such as potentially inadequate transport links, demand has remained low.
“Strong gains in the share market have encouraged some investors to shift money to the property market
, while low interest rates continue to support flat purchases,” Po said.

The number of deals involving homes, shops, offices and car parks registered in February may rise 12.7 per cent from January to about 7,000, with further gains expected in March, according to Centaline Property Agency.

The latest weekly Centa-City Leading Index, which tracks second-hand flat prices, stood at 176.1, which is 0.6 per cent higher than three weeks ago, but 7.5 per cent below the record high seen in mid-2019.