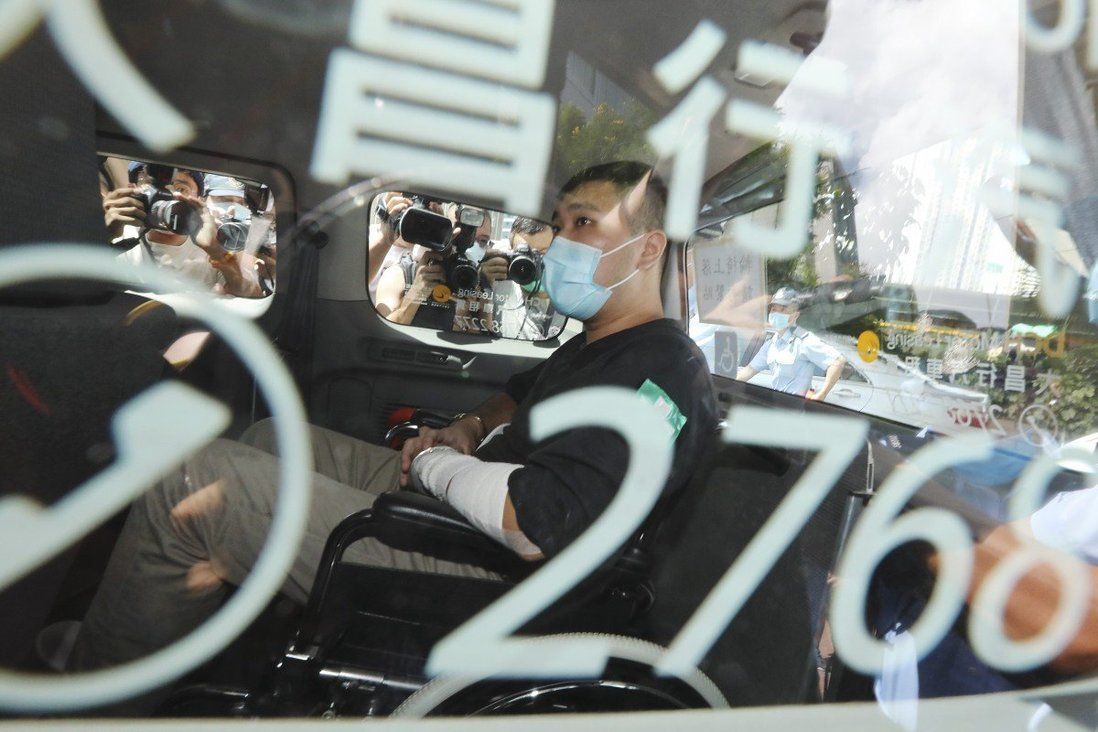 On Friday, the 24-year-old motorcyclist at the centre of the case was sentenced to nine years in jail days after three High Court judges convicted him on terrorism and secession charges. There may still be appeals ahead, but the trial has set some important precedents.

Below, the Post recaps what the case was about, how it went and, more importantly, whether the contours of the sweeping law – imposed on Hong Kong last June to target acts of secession, subversion, terrorism and collusion with foreign forces – have become any clearer a year on. 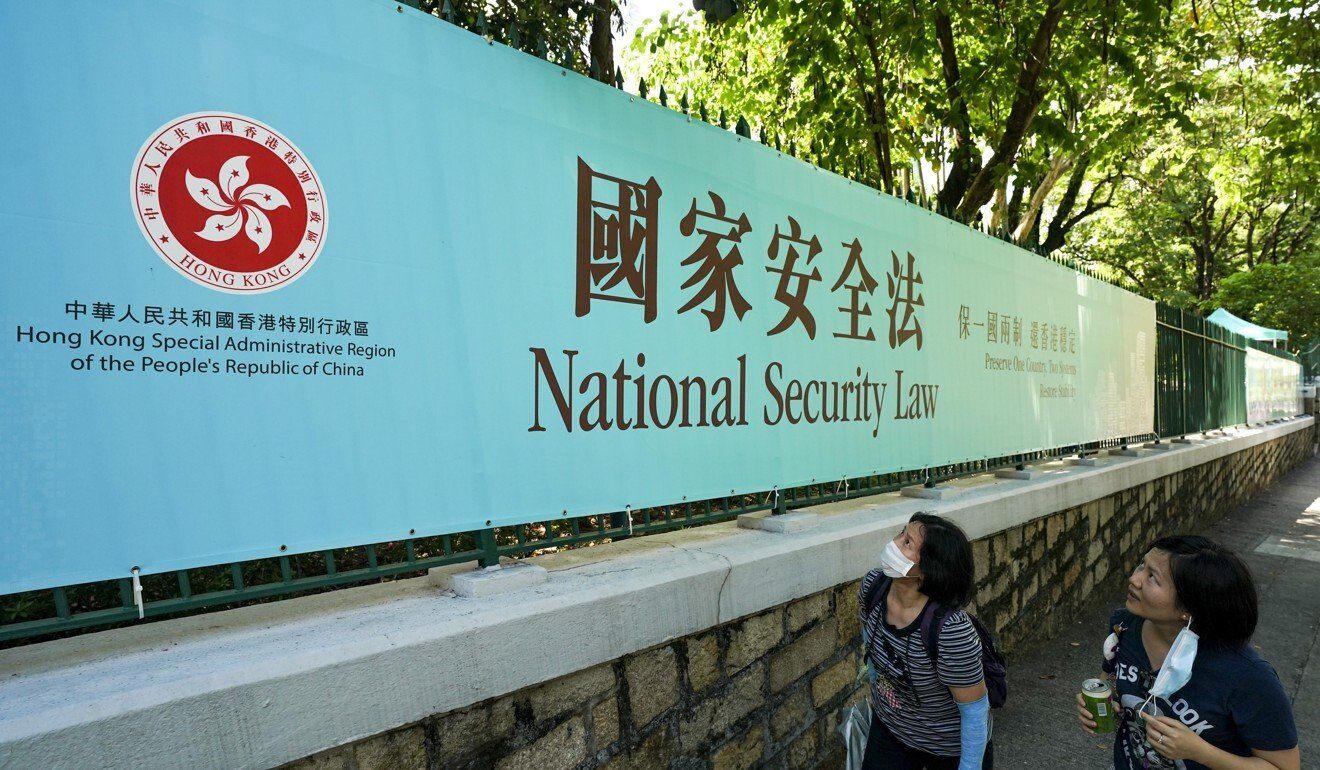 The trial of Leon Tong was the city’s first involving the national security law, and established important precedent for interpreting the legislation.

What was the trial about?

Hong Kong’s first security law trial centred on Leon Tong Ying-kit, a 24-year-old former restaurant worker who collided with three police officers while driving a motorcycle fitted with a flag calling for the city’s “liberation” on July 1, 2020 – the day after the legislation took effect. He was arrested at the scene and subsequently charged with terrorism and incitement to commit secession.

A large part of the 15-day trial revolved around the words printed on Tong’s flag – “Liberate Hong Kong; revolution of our times”, a rallying cry of the 2019 anti-government protests– and both prosecutors and defence lawyers brought in experts to offer differing interpretations of the political slogan.

The prosecution said Tong had incited separatism by displaying the popular rallying cry of the 2019 anti-government protests in a high-profile fashion to attract media attention and encourage others to break the law.

They also said the crash was deliberate rather than accidental, given how Tong sped through three police roadblocks and ignored repeated warnings to stop. 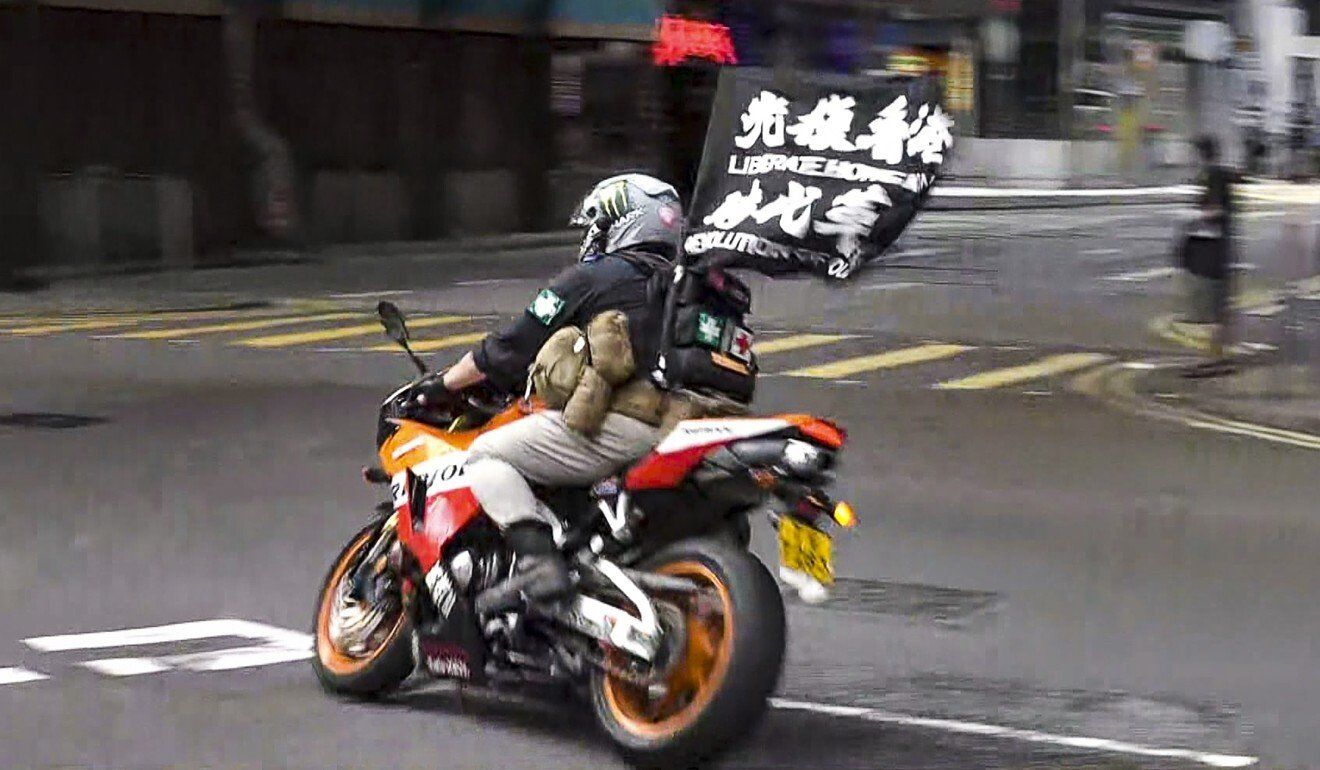 Leon Tong is seen driving a motorcycle mounted with a flag reading ‘Liberate Hong Kong; revolution of our times’ on July 1, 2020.

Defence lawyers, however, had challenged the alleged separatist meaning of the eight-character Cantonese chant.

They acknowledged the catchphrase was coined by jailed pro-independence activist Edward Leung Tin-kei, who debuted it in his Legislative Council campaign in 2016, but argued its secessionist meaning had faded by the time of the 2019 protest movement, when it was used merely an expression of solidarity that was open to interpretation.

The defence also contended the alleged attack was unintentional, noting Tong had braked before the collision and only crashed into the policemen when they rushed to intercept him. He was also distracted by a police shield thrown at him by an officer moments before the crash, they said, making it difficult for him to stop.

How did the court apply the security law?

The three presiding judges – selected from a pool of jurists hand-picked by the chief executive – were of the opinion that the slogan could carry a secessionist meaning. The manner in which Tong carried out the attack, they ruled, helped them arrive at a “sure conclusion” that he had intended to incite separatism.

The three judges also noted that Tong had deliberately picked July 1 – the anniversary of Hong Kong’s return to Chinese sovereignty and the day after the security law came into effect – to commit his crime.

They said the flag mounted on his motorcycle was aimed at attracting the attention of as many people as possible in order to make a strong impression.

They further noted that an act did not require an element of violence to be deemed secessionist.

On the terrorism charge, the judges again pointed to the flag, and held that Tong indeed intended to crash into the police officers.

Without a body of precedent to follow, the court was left to rely largely on the wording of the security law itself.

A historian called by the prosecution to testify on the disputed slogan urged the court to consider the new legislation from a historical perspective.

In a written report, Lau Chi-pang sought to define secession by listing three possible ways the crime could have been committed in ancient China. He gave a brief historical account in support of his view that the defendant’s driving was akin to a horse-riding warrior who raised his flag and declared war on his enemy.

The judges, however, refused to accept those suggestions as evidence, saying the court’s decision should not be affected by the “meaning attached to those words by a particular branch of the community”.

Prosecutors, meanwhile, suggested the court should take reference from mainland Chinese legal texts and commentaries in calibrating Tong’s sentence, but the judges said those sources could at best serve as non-binding references. They decided they would follow the common law interpretation in approaching the new legal regime. 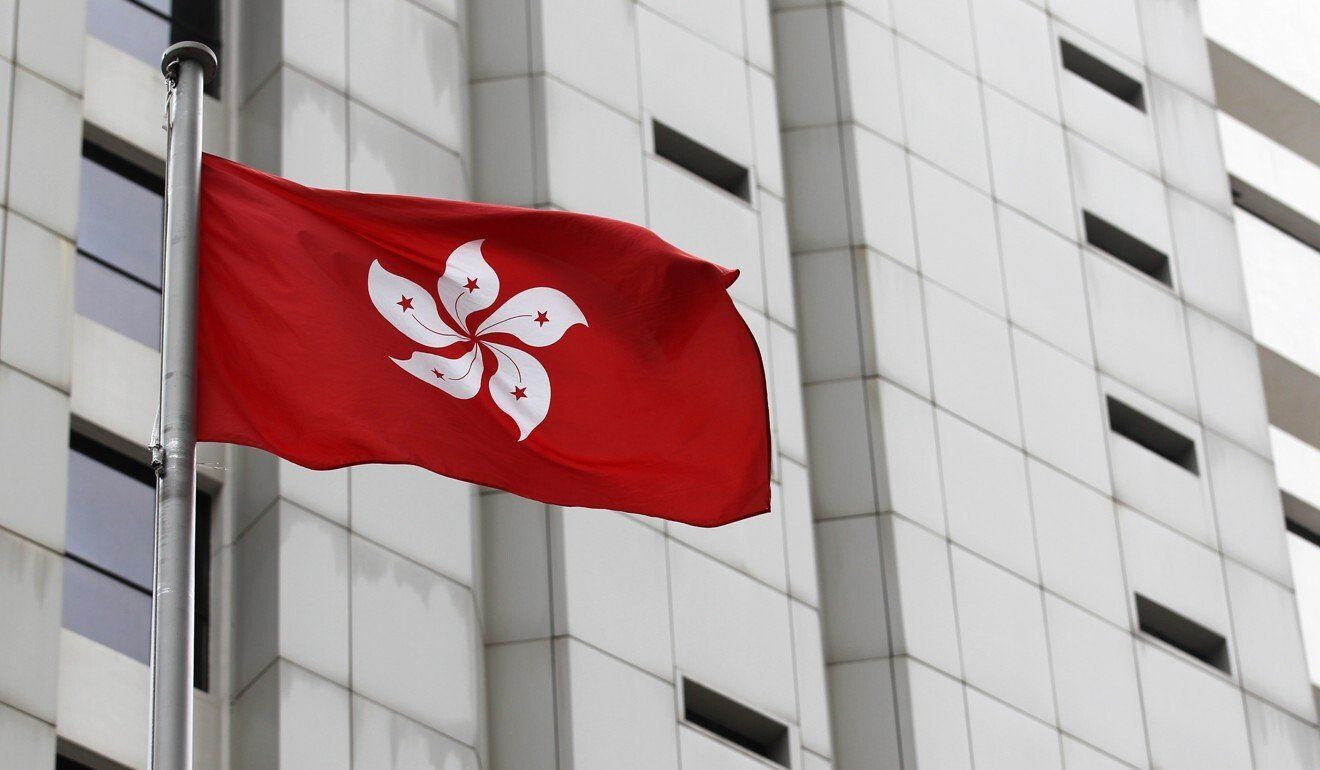 Judges in the trial declined to rely on mainland Chinese legal precedent when determining sentencing in the case.

What was the verdict?

Tong was convicted of one count of inciting others to commit secession and one of terrorism.

“The defendant’s acts were acts involving serious violence against persons and/or were dangerous activities which seriously jeopardised public safety or security,” Justice Esther Toh Lye-ping, one of the judges, said in passing the verdict on Wednesday.

“The defendant’s act had caused grave harm to the society. The defendant carried out those acts with a view to intimidating the public in order to pursue his political agenda. Accordingly, we convict the defendant of both counts.”

What was the reasoning for the sentence?

The three judges sentenced Tong to 6½ years on the secession charge and eight years for terrorism, with 5½ years of the latter term to run concurrently with the first. They also banned him from driving for 10 years.

The judges took the view that the incitement in the case warranted five to 10 years in prison, given how Tong had displayed the “Liberate Hong Kong” slogan in a conspicuous manner and the level of premeditation shown in his decision to commit the offence on July 1.

However, they also acknowledged the act was “not the worst case of its kind”, as Tong had acted alone and lacked an elaborate plan to separate Hong Kong from China.

The judges considered Tong driving into police a “calculated and deliberate” act that seriously endangered road users and caused injuries to the officers. The defendant’s pro-independence agenda, they added, also added to his criminality.

The panel agreed a starting point for sentencing of three to 10 years in jail was appropriate, as the officers concerned did not suffer “serious bodily injuries” as alleged by the prosecution.

What are the implications of the case?

Following the trial, legal experts and scholars cautioned members of the public against chanting the once-ubiquitous political slogan as it had been deemed tantamount to advocacy of Hong Kong independence.

The court also affirmed the Department of Justice’s wide power to decide whether a trial under the national security law should be heard by a jury.

Prior to the trial, Tong had unsuccessfully filed a separate legal challenge against the secretary for justice for denying him a jury trial.

In that challenge, the appeal court ruled that whether a defendant could have a jury trial was the sole decision of prosecutors and was not open to judicial reviews. The court also said there was no need for the secretary for justice to explain her thought process in arriving at such a decision.