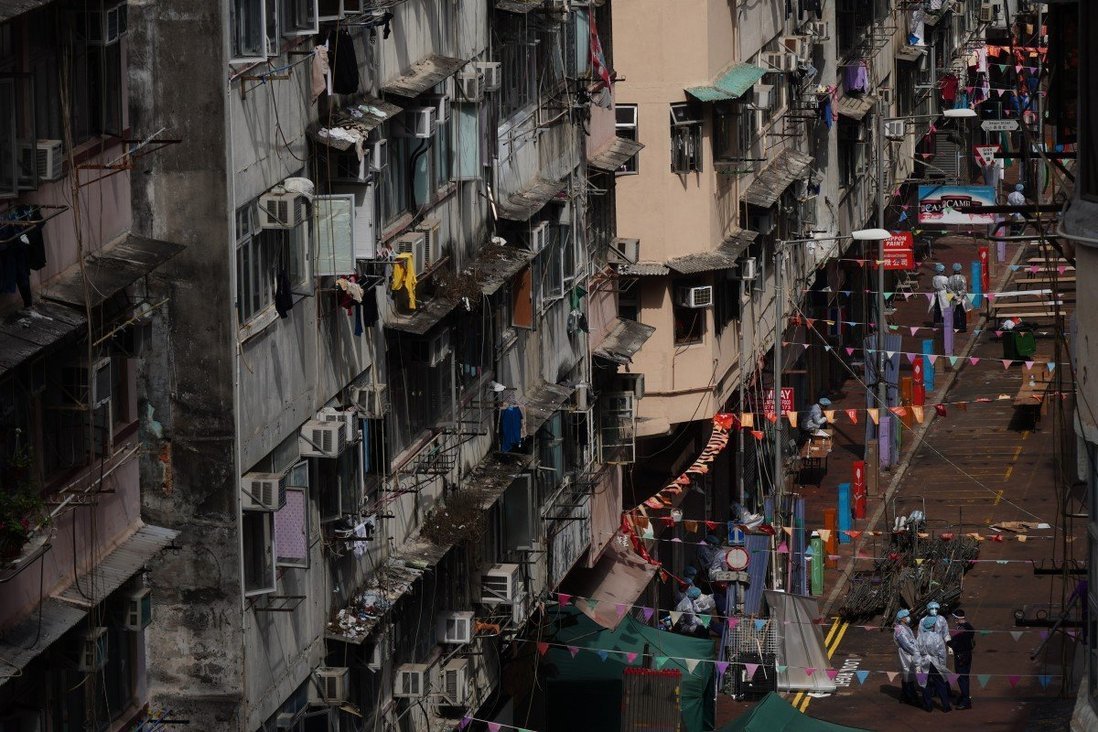 Hong Kong’s targeted lockdowns have brought to light neglected pockets where the poor suffer inhumane living conditions, and we must not look away. It is because of our collective nonchalance that the city has become increasingly unliveable.

Covid-19 has not only exposed Hong Kong’s wealth inequality, the first lockdowns have also made clear some very disturbing truths.

Perhaps we have heard too much about our notorious wealth gap, or maybe we have secretly given up hope of tackling it, after years of talk failed to yield real results. Whatever the reason, the images of one of this city’s poorest neighbourhoods on lockdown should haunt us: the cordons around blocks of tenement houses, old and ill-maintained buildings, and subdivided flats – home to the city’s most vulnerable.

The most drastic measure taken by the government so far was prompted by infection numbers that would not ebb. The possibility that environmental factors, like poor plumbing systems,may have contributed to virus transmission must serve as a wake-up call.

We are talking about how increasingly unliveable the city has become. And no, the old way of attributing the problem to runaway home prices isn’t going to cut it (though, yes, that is a huge part of the problem). The factors are as intricately intertwined as the consequences are clear.

Those who are most economically vulnerable in our community have been reduced to living in homes that put their health and safety at risk. The pandemic has made this crystal clear. Beneath Hong Kong’s glitz and flashy neon lights are neglected pockets of packed neighbourhoods with bad hygiene, almost non-existent building management, and inhumane and unsafe living conditions.

So we need to stop averting our gaze from the plight of the underprivileged – between decades of government inaction and our collective nonchalance, life has become unnecessarily dog-eat-dog Hobbesian for the most vulnerable. And that’s on all of us; people going from one outrage to the next, instead of doing the hard work of taking action and seeing it through.

Take dilapidated buildings, for a start. The deadly collapse of a Ma Tau Wai tenement building 11 years ago sparked widespread outrage, fired up the political talking heads, and made headlines; the government got moving on building inspections; items were added to the building management and maintenance policy, and then we moved on to the next outrage.

How about the fire, the deadliest in a decade, that ripped through a flat in a tenement building in Yau Ma Tei last November? The tragedy turned the spotlight on the poor and marginalised ethnic minorities who have little choice but to frequent unlicensed restaurants, which are often tucked away in old, crowded buildings without proper fire protection systems.

This is not merely a matter of safety inspections. The fire hazard posed by these living conditions needs our immediate attention, but what about the rising inequality that has hardened into physical segregation of ethnic minorities and the poor? That, too, has needed our attention for decades.

The poverty in Hong Kong is appalling not only because the Gini coefficient says so. The pandemic has exposed the glaring hardships and living conditions that the most vulnerable face. It’s revealing not only the economic but also the racial divides. And as the pandemic rages on, more are falling into the poverty trap. Unemployment has already hit a 16-year high. 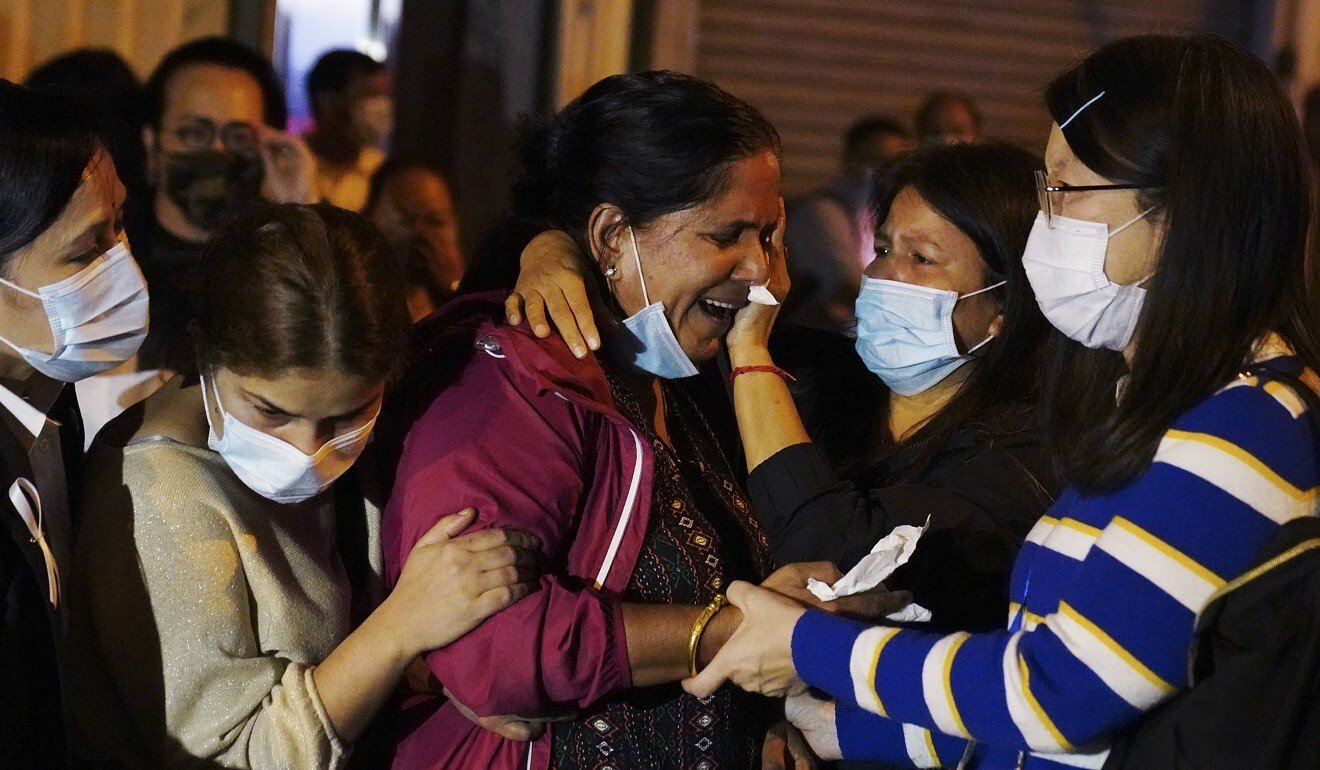 People mourn the victims of a fire in Yau Ma Tei on November 18, 2020. The fire that ripped through an unlicensed restaurant in a tenement building was the deadliest in a decade.

Recent research conducted by Oxfam Hong Kong shows that the number of unemployed people from poor households rose to nearly 110,000 last year, with as many as 75 per cent of them falling outside the Comprehensive Social Security Assistance scheme. It is a scheme that leaves too many people without a safety net. Our poverty crisis is a cross-bureau problem.

Despite our wish to return to normality, there are parts of the old normal that we simply can no longer accept: the abominable living conditions which our poor suffer, and; the piecemeal policies that don’t achieve lasting results, to name but two.

As the lockdowns have shown, the most vulnerable in society live just blocks away from our most luxurious shopping malls. And, as the lockdowns have also shown, we would rather focus on the food packages the government has handed out than what is glaringly clear.

We don’t get to go back to the way we used to live; we must confront the fact that the old life – our old normal – has isolated the poor, and that is unacceptable.