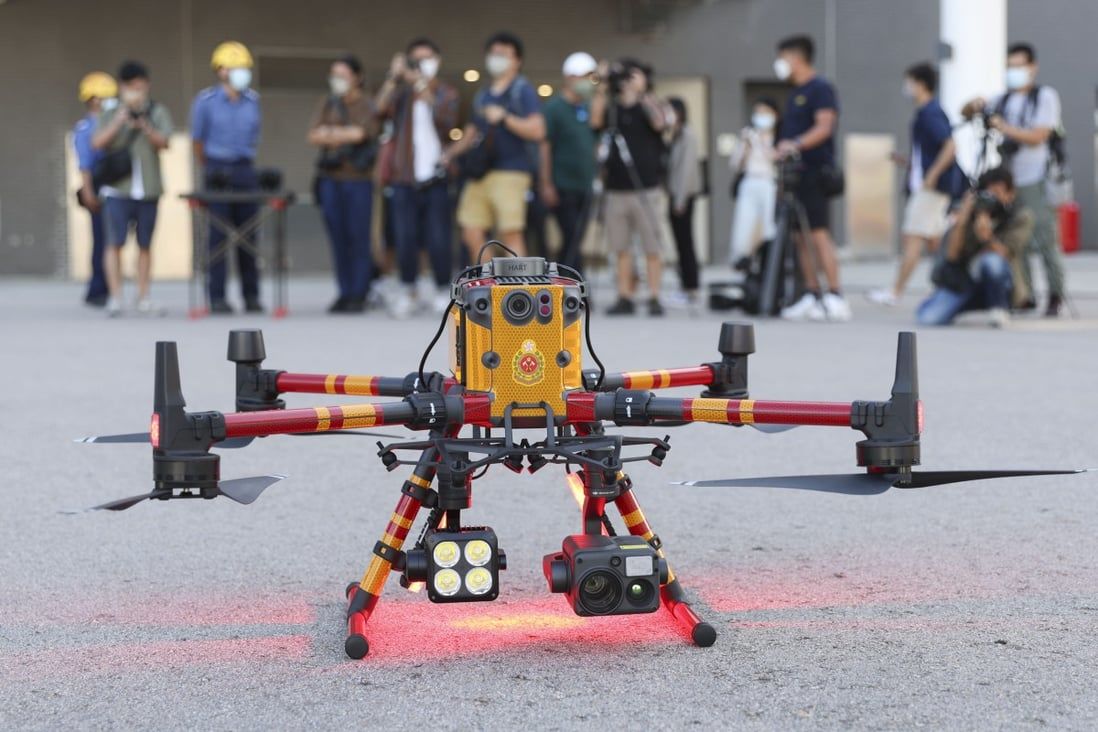 New software is based on deep learning model and can analyse pictures of countryside taken by drones for human-like objects, department says.

The program, which is based on a deep learning model, is trained using thousands of pictures from drones of the city’s landscape and taught to analyse images and identify human-like objects.

The software takes five seconds to process an image and calculate the probability that any humans are in the picture.

Wong Tak-fai, the assistant divisional officer of the department’s tactical support unit, said the software had helped to make their search and rescue operations more efficient, explaining that the program could identify missing hikers faster than manually checking images.

“Traditionally, we have mainly relied on people in our search and rescue operation. But drones can now take photos and send them back, and the software can help us analyse them,” he said.

“We hope the development of this new software will effectively shorten the search time,” Wong said.

Official figures found that the number of mountain search and rescue cases handled by the department had increased to 951 last year from 602 in 2020 and 215 in 2019. The data also showed fire services had responded to 684 incidents during the first nine months of 2022. 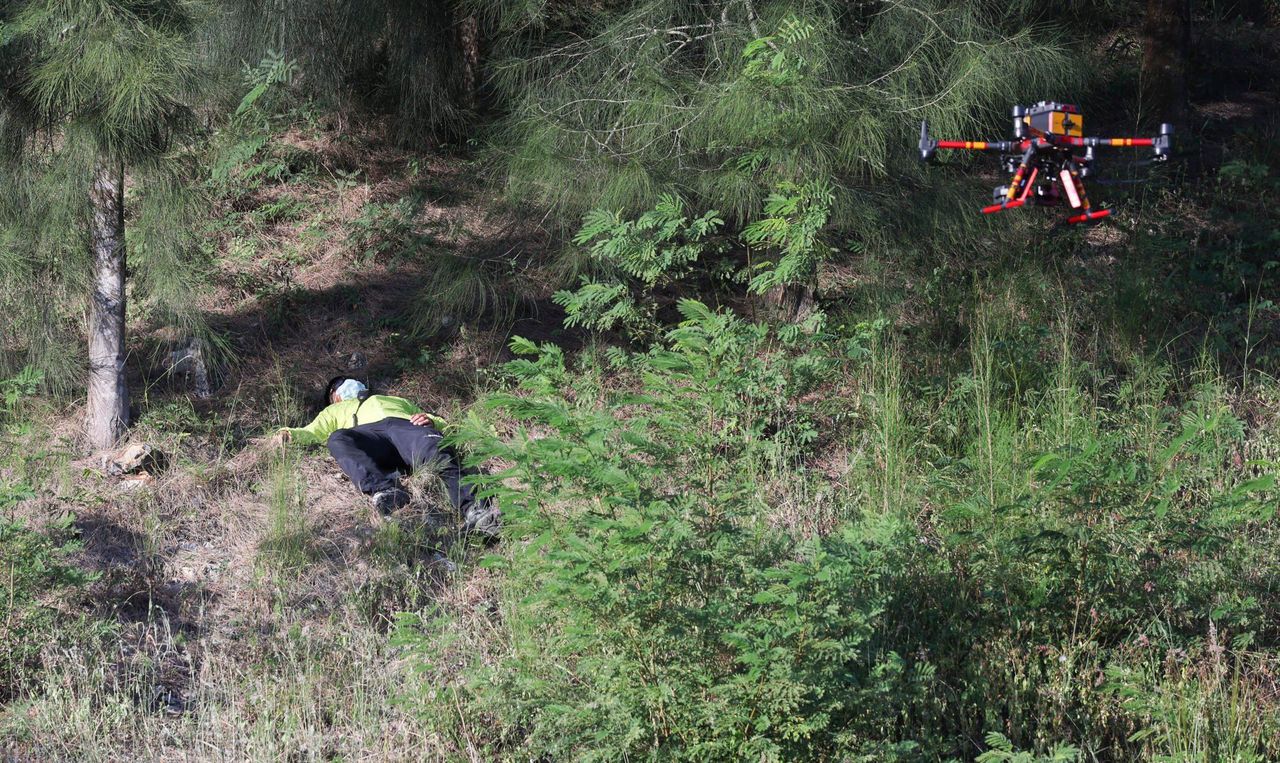 Rescue workers demonstrate how a drone can be used to locate stranded hikers.

Wong partly attributed the rise in cases to the increased popularity of hiking among residents during the coronavirus pandemic, with some choosing to tackle unfamiliar trails.

In most instances, hikers had called for help and provided rescue workers with a clear location, making it relatively easy for the department to find them, he said.

Wong added that more than 10 cases every year involved missing hikers whose absence was reported by their families, explaining that rescue operations in such instances were more time-consuming, covered a larger area, as well as requiring ground and aerial searches.

But the department could now deploy drones that can take about 1,500 images for every square kilometre they searched and fly at an altitude of around 40 metres, with the pictures being analysed by the software before teams were dispatched to locate hikers, he said.

The department has 21 drones, with 11 for frontline use and the other 10 for training purposes, backed up by a team of about 40 people.

“We will integrate the new artificial intelligence software into our existing operation resources to increase our overall search efficiency,” he said.

Wong Ching-kei, a senior land surveyor for the department’s information technology management unit, said they had commissioned a local start-up company to develop the software in August for the cost of about HK$300,000 (US$38,217). 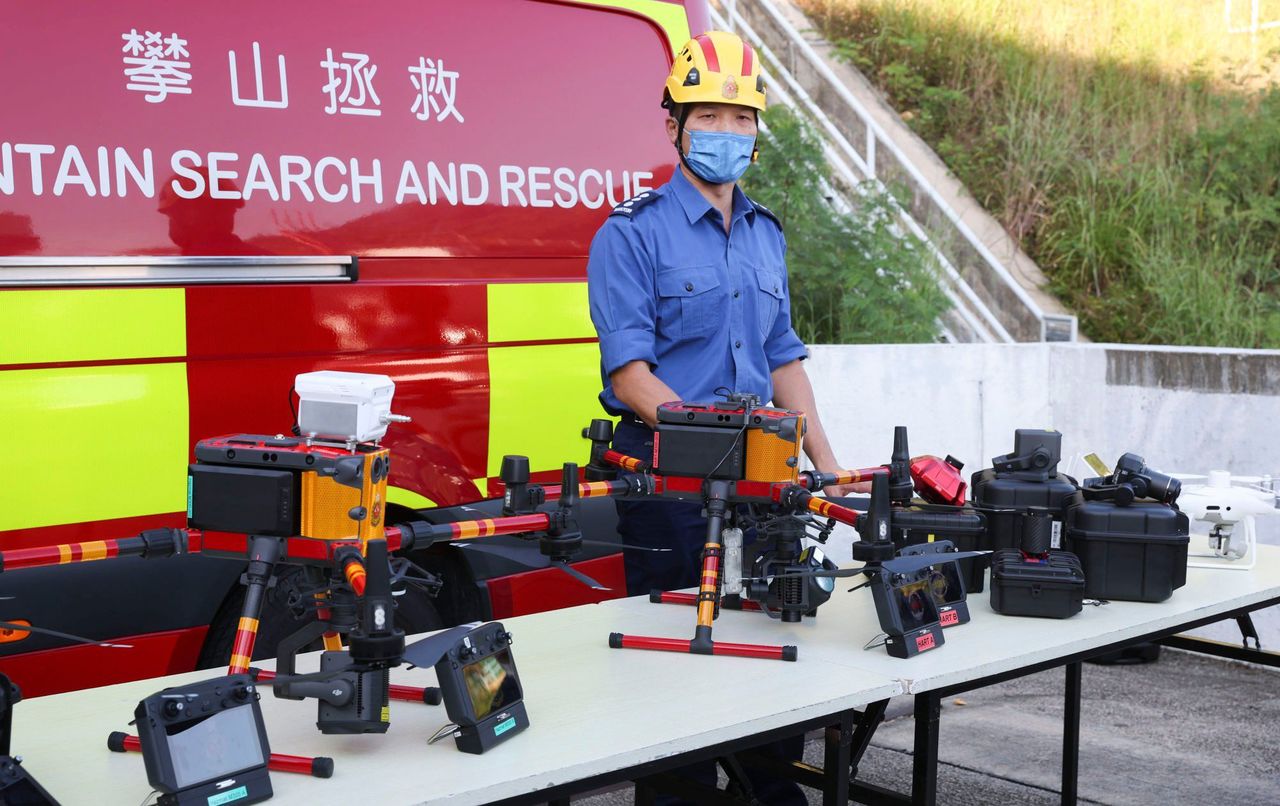 Images taken by the drones can be analysed using the department’s new software, which is trained to identify human-like objects.

Describing the software as a pioneer project for the region, he said similar programs were already in use in other places such as Poland.

Wong said the drones had taken thousands of images across the city, with the photos being used to teach the software to identify humans.

Manually reviewing 1,500 images at a speed of 20 seconds per picture could take around eight hours, while the new software could shorten the whole process to about two hours, with an accuracy of 65 per cent, he said.

The drones would generally be used in search operations on hiking trails where they could cover ground more efficiently than rescue workers, such as Lion Rock and Kowloon Peak, he added.

The senior land surveyor said the department planned to further optimise the software by teaching signs of missing persons, using clues such as their clothing, and analyse thermal images.

The department also established its drone system earlier this year.