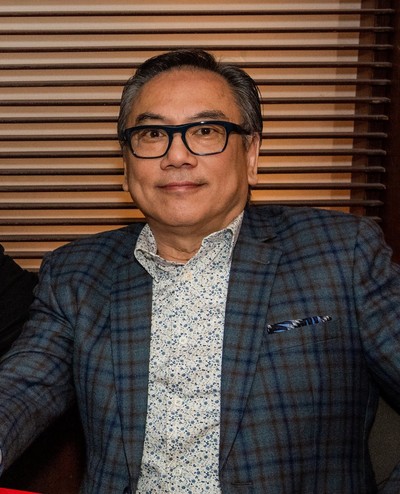 This week's episode of the Democracy Works podcast features a conversation about democracy in Hong Kong with On-cho Ng, head of the Asian studies department and professor of history, Asian studies and philosophy.
A youth-led movement advocating for greater rights and representation in government amid growing economic inequality. Sound familiar?

It could be Black Lives Matter, the Sunrise Movement or any number of other social movements happening around the world, but in this case, it’s the fight for democracy in Hong Kong. As tensions between protesters and the Chinese government escalate, this week’s episode of the Democracy Works podcast examines the movement’s origins and what’s at stake moving forward.

The episode features a conversation with On-cho Ng, head of Penn State’s Asian Studies department and professor of history, Asian studies and philosophy. Ng is a Hong Kong native and received both his bachelor’s and master’s degrees from the University of Hong Kong.

Hong Kong was a British colony until 1997, when it became a special administrative region of China. It is governed by the Basic Law, which prioritizes the rule of law with an independent judiciary and provides democratic principles like freedom of the press and freedom of assembly.

Since 1997, China has exerted increasing influence and control over the region, most recently with a national security law that aims to suppress dissent in Hong Kong. The law has not stopped protesters from taking to the streets.

Ng said the protests are an outward manifestation of larger tensions between Hong Kong’s older generation, which supports the rule of law, and a younger generation that is pushing for greater representation in the region’s government. Like the Black Lives Matter protests across the U.S. this summer, Hong Kong’s demonstrations have led to confrontations with law enforcement and, in some cases, turned violent.

“The older generation is not particularly enthusiastic about the protest movement, especially when it became actually violent,” Ng said. “They are very much sympathetic to the political long term goals of the movement, but question the strategies in terms of advancing democracy.”

Hong Kong’s Basic Law is scheduled to expire in 2047, which amplifies the youth movement’s desire to expand representation in government and protect civil liberties before China exerts further control over the region.

“The idea was that, in 50 years, the pace of political development in China and Hong Kong would become more in line with each other, but so far that has not happened,” Ng said. “What we’ve seen is that the introduction of capitalism does not lead to political liberalization. How this plays out in the long term is indeed a concern.”
Add Comment