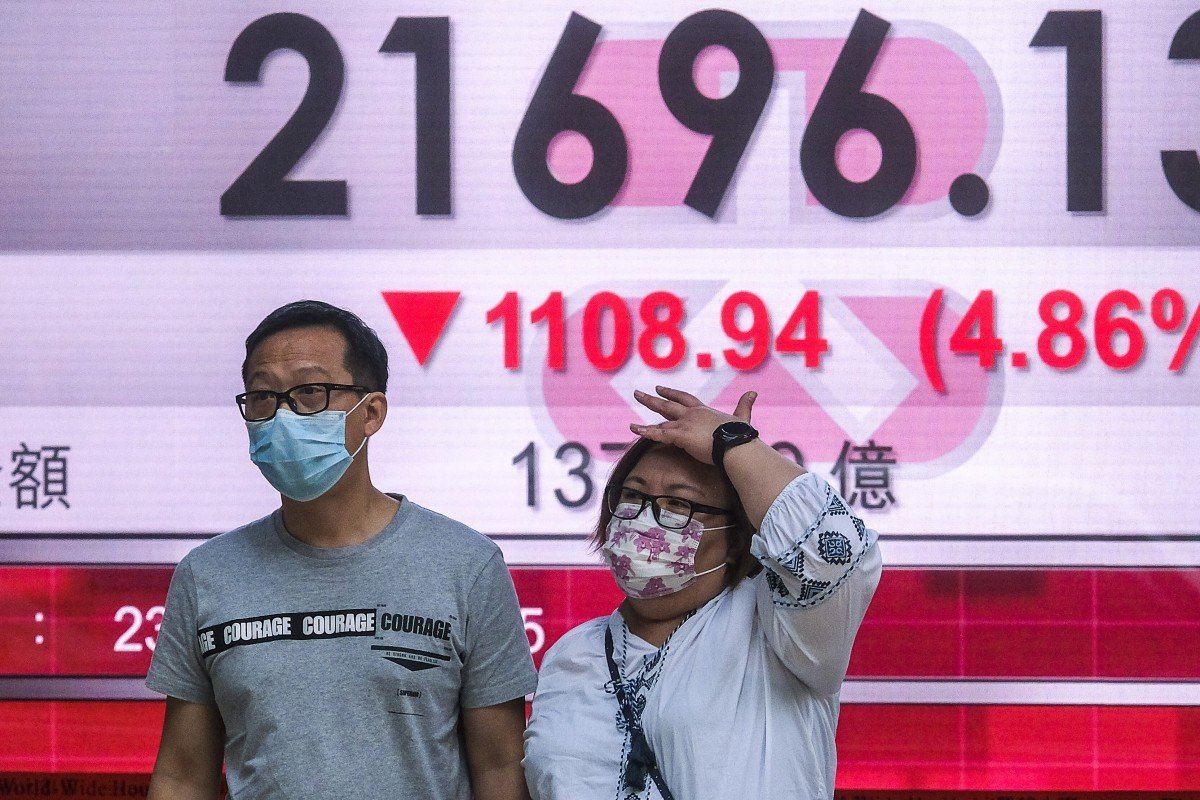 The enormous losses mainly stemmed from the fund’s investments in both Hong Kong and overseas stocks. The losses, mainly from overseas stock market investments, are in sharp contrast to a year ago when the fund reported its best first-quarter return, of HK$133.4 billion

Hong Kong’s Exchange Fund, the war chest used to defend the local currency from attacks by short sellers, lost HK$86.1 billion (US$11.1 billion) from investments in the first quarter as it fell victim to a worldwide stock market slump.

It is the biggest three-month loss the fund has suffered in the 16 years it has been reporting its quarterly performance.
The Hong Kong Monetary Authority, which is responsible for investing the reserves, predicted more uncertainty in the rest of the year.

The losses, which came mainly from overseas stock market investments, are in sharp contrast to a year ago when the fund reported its best first-quarter return, of HK$133.4 billion. It marks the first quaterly loss for the fund since the fourth quarter of 2018 when it lost HK$33.6 billion. This surpassed last record loss of HK$64.8 billion in the third quarter of 2015.

A strong return on both stocks and bonds last year had helped the Exchange Fund to report a record high gain of HK$262.2 billion, compared with only a modest increase of HK$10.9 billion in 2018 when it was hard hit by the US-China trade war. Last year’s performance surpassed the record HK$252 billion set in 2017.

The tide has turned in the first quarter, however, as global stock market plunged as a result of the Covid-19 pandemic which has infected over 3 million people worldwide including over 1,000 in Hong Kong. The health crisis has led to governments worldwide ordering travel restrictions, closing borders and halting business activities.

Hong Kong’s benchmark Hang Seng Index dropped 16 per cent in the first quarter of the year, while indices in Japan and South Korea plunged 20 per cent and the Australian market plummeted by almost a quarter. The Dow Jones Industrial Average lost 23 per cent, for its worst quarterly loss since 1987.

“The outlook for the markets remains full of uncertainties amid the coronavirus pandemic,” said Eddie Yue Wai-man, the chief executive of the HKMA at a regular quarterly meeting with lawmakers on Monday morning.

The fund recorded a loss of HK$28.4 billion on Hong Kong stock investments in the first quarter, compared with profit of HK$20.8 billion in the same period a year earlier.

It lost HK$83.1 billion from its overseas stock investments, compared with a strong return at HK$49.9 billion during the corresponding quarter in 2019.

The fund also reported a loss due to foreign-exchange valuation changes on its assets of HK$29 billion in the first quarter, compared with a gain at HK$13.5 billion a year earlier.

The losses were partly offset by a gain in its bond investments of HK$54.4 billion in the first three months, compared with HK$36.7 billion a year earlier.

The fund will pay the Hong Kong government HK$9.6 billion from its earnings for the quarter.

Stockbrokers believe the Exchange Fund returns will bounce back in the second quarter.

‘The Exchange Fund has a lot of investment in both Hong Kong and overseas stocks. These markets have bounced back in April already,” said Gordon Tsui, chairman of the Hong Kong Securities Association.

While the pandemic is not yet over, many governments have introduced interest rate cuts and other measures to boost the economy, which Tsui believes will support the investment market in the coming months.

“The worst is over. Even if the Exchange Fund maintains its current investment strategy, it still has a chance to turn around in coming months and to report a profit for the full year,” he said.