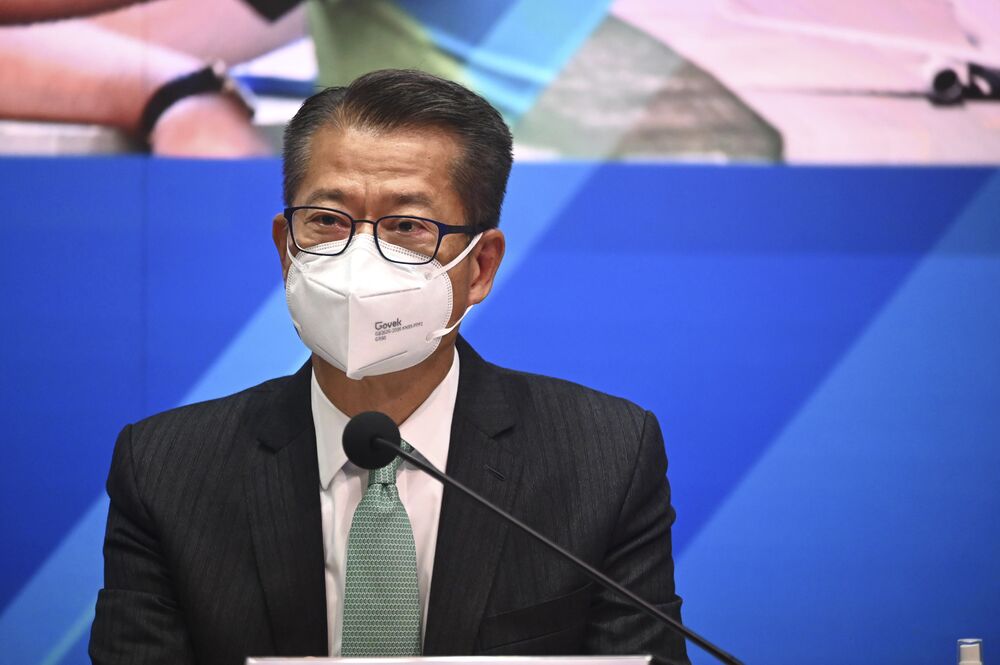 Hong Kong's economy will contract in the first quarter this year, breaking consecutive growth in the past four quarters, Financial Secretary Paul Chan Mo-po said on Sunday.
The first quarter is a turbulent period rocked by almost 7,000 Covid-19 deaths and more unemployment, Chan wrote in his blog.

Retail sales in February, which has yet to be announced, will fall for the first time in a year, he previewed. The growth in exports will also slow down.

Nevertheless, Chan said he remained “absolutely confident” in Hong Kong's economic future. With accurate assessment of the epidemic situation and the the help of mainland, the city will be able to overcome its short-term challenges, he wrote.

On top of starting quarantine-less travel with the mainland, it is necessary for Hong Kong to gradually resume linkage to overseas countries, he said.
Hong Kong's daily Covid-19 caseload dropped to four-digit at 8,841 on Saturday for the first time in a month.

From April 1, the city will lift a flight ban against nine countries and shorten quarantine for returning Hongkongers to 7 days from 14 days.

A flight suspension mechanism targeting airlines will be relaxed at the same time. Airlines will suspend flights of a specific route for seven days instead of 14 days if three passengers on the same flight tested positive.
#COVID-19  #Covid
Add Comment