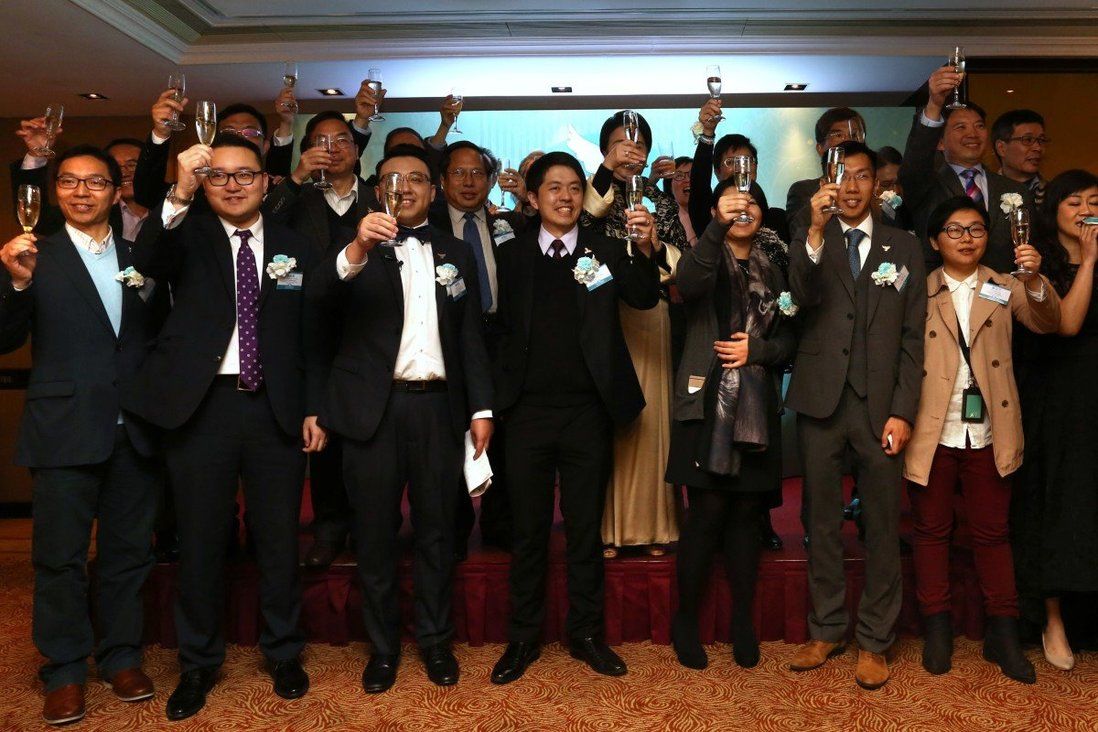 The move came after pro-Beijing newspapers questioned the party’s motives behind holding the gala.

Ramon Yuen Hoi-man, the party’s resources expansion committee chairman who was coordinating Saturday’s event, said on Thursday: “The restaurant told us in the morning [on July 14] that they would be closing for business on Saturday.

“They said they were notified that confirmed Covid-19 cases had visited the shopping mall where the restaurant is located. They would need to close for several days for cleaning.

“We have no other option but to cancel the event. It is almost impossible to find an alternative venue at such short notice.”

The event was expected to be held at ClubONE The Victoria in Empire Centre shopping mall in Tsim Sha Tsui East. To comply with the government’s rules of capping the number of guests at a banquet at 120, three sessions were planned, one for noon, one in the afternoon, and one in the evening.

The party has maintained it is not a fundraising event but a gathering for “friends and supporters”. The party used to hold an annual gala dinner but it had been cancelled for the previous two years because of the pandemic.

At the 2018 dinner, in a gesture to show “great reconciliation” with the opposition, then chief executive Carrie Lam Cheng Yuet-ngor showed up at the event and donated HK$30,000.

Founded in 1994, the party used to be the flagship of the opposition camp in Hong Kong. But its influence shrank in recent years after its lawmakers joined fellow pan-democrats in a mass resignation from the Legislative Council in 2020, and subsequent resignations and disqualifications of its representatives from the district councils after they were asked to take a new oath of office in 2021. Many of its members were also arrested in connection with national security cases.

The party had also given up fielding candidates to contest the Legislative Council election last year in what was seen as a protest against the “patriots-only” revamp of Hong Kong’s electoral system.

It has been criticised in a series of commentaries and news reports in pro-Beijing newspapers recently.

In a Thursday report in Wen Wei Po, Willy Fu Kin-chi, a vice-chairman of the pro-establishment Hong Kong Legal Exchange Foundation, was quoted as warning that the party could take advantage of the banquet to spread anti-China messages.

In a commentary in another pro-Beijing newspaper, Ta Kung Pao, on Thursday, it questioned if the party would use the money raised from the banquet to fund anti-China activities.

Another commentary in Ta Kung Pao on Tuesday also cast doubt on the party’s ability to manage such a big gathering without breaking the anti-Covid rules.

Meanwhile, in a commentary in the centrist Ming Pao on Thursday, pro-Beijing heavyweight Lo Man-tuen said the series of critical pieces in the two pro-Beijing newspapers carried “important political messages that the Democratic Party members should not take lightly”.

Lo, also vice-chairman of the All-China Federation of Returned Overseas Chinese, accused the party for having an anti-China attitude, and failing to respect the country’s fundamental system of leadership by the Communist Party.

He said the only way out was for the party to become “a positive force of building up Hong Kong”.

Lo said he believed that Beijing had no intention of forcing the party to disband but instead hoped it would “reflect upon” their wrongdoings in the past and “reform and make a fresh start”.

Ramon Yuen however declined to say if the party, or ClubONE, had been under political pressure.

“Refund is being arranged,” said Yuen, also the party’s finance committee chairman, “It is too early to say if we will hold another banquet later because organising such a big event amid the anti-epidemic measures is not easy.”

A spokeswoman for ClubONE denied political consideration was involved.

“It is just a coincidence, nothing to do with politics. We welcome all customers,” she said.

“We were told that a confirmed Covid-19 case had been to our place the other day. We immediately contacted our contractor to do cleansing and upgrade our ventilation facilities. It so happened the contractor is available on Saturday [Jul 16] at the earliest. We would not like to delay the work and so we contacted [the Democratic Party] and told them our situation.

“They did not ask to hold the event again on a later day. It is understandable. Maybe they need some time to discuss or plan again.”

At present, the party has no seat in the legislature and only eight district councillors left.

In April, the party reported it was facing financial difficulty and hoped to be able to raise about HK$3 million this year to maintain its operation.

Yuen on Thursday said they were applying to the government for permission to sell lottery tickets on streets.
#COVID-19  #Covid
Add Comment