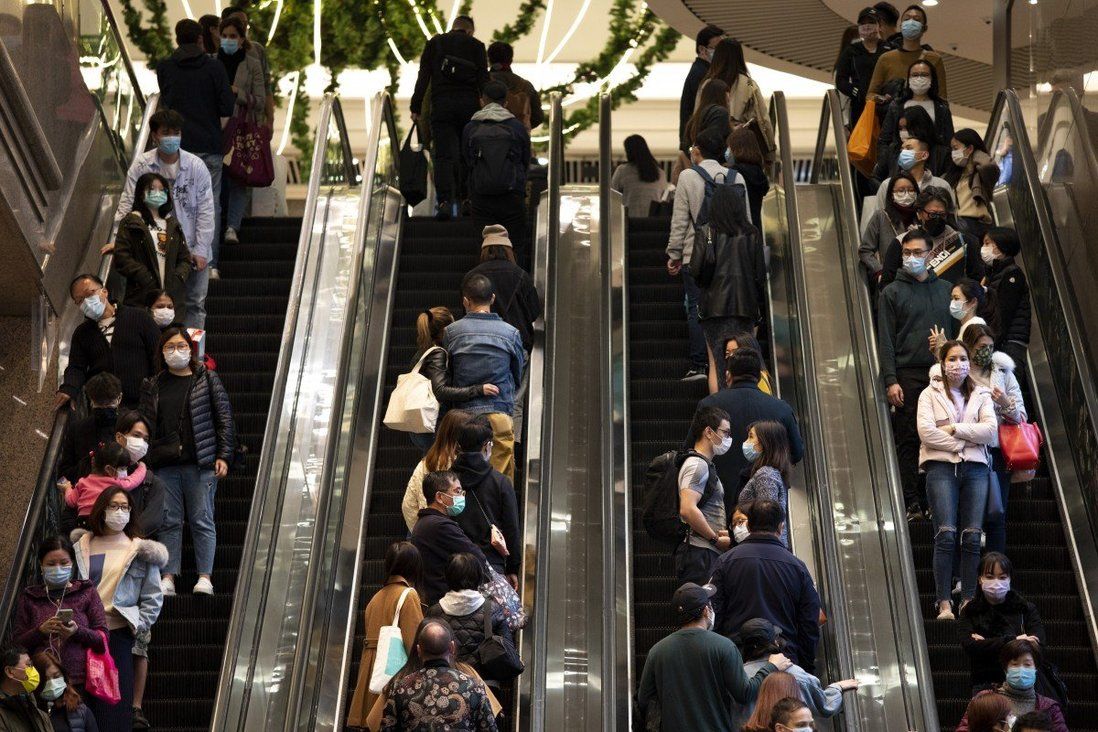 It takes persistent probing, detective work for 200 volunteers to track down patients’ contacts, but anxious to avoid quarantine some refuse to admit who they were with.

Amy Heung Tak-yuen has lost count of the number of people who slammed down the phone, shouted at her, lied, or just stayed silent when she called.
It is all part of a day’s work for the senior customs officer, who volunteered to help track down people in close contact with confirmed Covid-19
patients.

Yelling at Heung, one person referred to the Centre for Health Protection official who provides daily pandemic updates, and said: “Dr Chuang Shuk-kwan did not mention my home address today! It was not on the news! You must be lying!”

Another was furious to learn that Heung was looking for close contacts of someone confirmed to have the coronavirus, and snapped: “I was with the patient for only a few minutes. This is super disturbing! Tell the doctor to call me himself!” 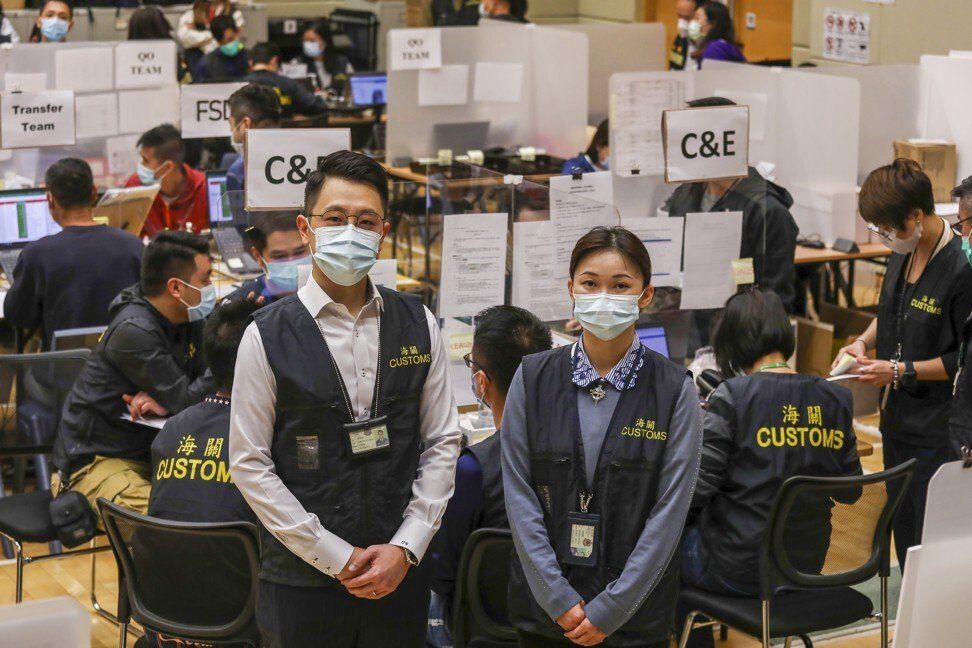 Customs’ Tom Cheung and Amy Heung at the contact-tracing office of the Centre for Health Protection.

Heung was among 78 customs officers who volunteered to work in the contact-tracing command centre set up at Kowloon City’s Kai Tak Community Hall on January 11.

A total of 200 officers from Hong Kong’s disciplined forces, including police, immigration and Fire Services Department, were seconded there. The government said disciplinary officers were right for the job because of their rich investigative skills.

The team follows up each time someone tests positive or has a preliminary-positive result.

First, they try to find out as much as possible about where the patient has been, and with whom, over the past 14 days.

Then they try to find all those contacts and alert them that they might have to be quarantined and tested for Covid-19 too.

For the volunteers, this has been no easy task. About a third of those they called responded by swearing, while others refused to answer questions or simply lied about where they had been and with whom.

As of February 7, the centre had handled more than 1,500 confirmed cases and traced nearly 7,000 close contacts.

Heung’s supervisor, Senior Inspector Tom Cheung Kwong-tat, said a single phone call by a contact tracer could last 30 minutes and then require more calls to cross-check the information gathered. Some days, the volunteers remained on the phone for their entire 10½-hour shift.

Once, he had to call property agents to find out the exact number of subdivided units in an old building, as the tenants themselves had no idea.

The most complicated case he handled last month involved a listed company where about 200 employees were believed to have been in contact with a colleague who tested positive.

It took a lot of time to identify the 200 because the individuals approached refused to confirm or disclose information, or gave different accounts of their interactions with the patient.

After much painstaking work, about 80 were sent to a quarantine camp, and eight of them subsequently tested positive.

Health officials considered that a successful contact-tracing effort, but Cheung wished those company’s employees could have seen what was at stake when contact tracers called.

“The community outbreak would have continued if they were not quarantined in time. Their family members could have been infected too,” he said.

Heung said some people were reluctant to help or gave very general information as they feared they might lose their jobs if they confirmed being with a fellow worker found to be infected.

Colleagues afraid of being quarantined would lie that they were absent from work and did not meet the infected person.

“We then have to check many facts, calling the supervisors to verify the roster. We also have to stay patient and explain the potential health risks,” she said.

In one case, Heung’s careful investigation led her to uncover 80 close contacts of a single patient from a school.

A close contact may be anyone who lives with an infected person, has spent time with them while not wearing a mask, or shared a common workplace or facility.

Cheung noted that contact tracers have to be alert when speaking to people who might have been near a patient.

When people at a workplace say they usually change their clothes there, for example, the contact tracers must consider the possible risks.

“We ask about the size of the changing room, how many people use it at any one time, and if they remove their masks to have a drink of water,” Cheung said.

“We also ask for pictures of offices to see if they are packed. All this information is also important.”

Health officials evaluate the results of the contact tracers’ work to decide who should be quarantined.

Cheung said when people were sent to the quarantine camp, the contact tracers noted individuals’ medical needs so they could continue their treatments while in quarantine.

Pet owners also receive help to ensure their animals are cared for while the owners are quarantined.

The teams also need to identify residents of buildings that are set to be evacuated or put under a lockdown.

Hong Kong had recorded 10,848 coronavirus cases and 197 related deaths, as of Saturday.

Although the city eased some social-distancing rules last week as daily infections declined, health officials warned more cases could be expected as people gathered with families and friends over the Lunar New Year holiday.

Cheung said the contact tracers’ jobs had not become easier even though cases had come down, as one patient might have multiple close contacts from attending various festive gatherings.

His hope is that people will stop reacting badly when a contact tracer calls to ask if they have been near a patient.

“It is not just about you, but public health,” he said.