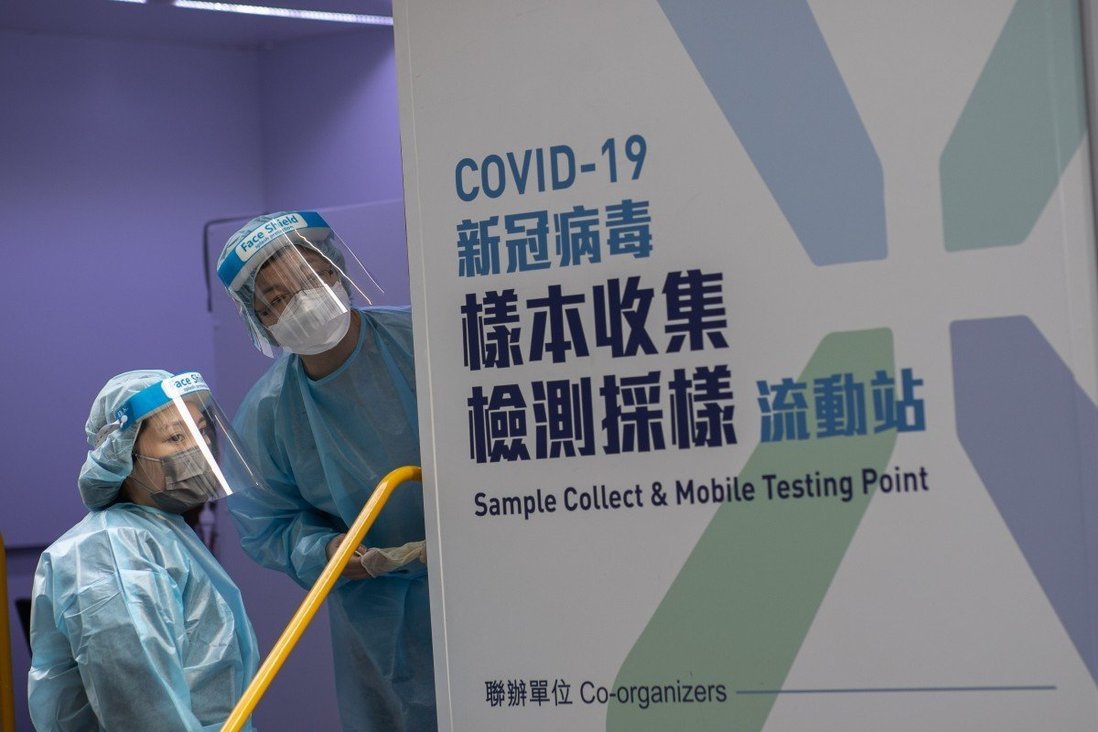 By taking off masks to eat and socialise, residents of mostly South Asian descent are helping to spread the disease, health authorities say. But NGO worker asks why one group is being singled out for behaviour common across the city.

Hong Kong’s daily number of Covid-19 infections surged back into triple digits on Monday, with health authorities warning that a quarter of cases over the past two weeks involved members of ethnic minority communities, many of them crammed into old tenement buildings in one of the city’s most rundown neighbourhoods.

Officials confirmed 107 cases citywide – the highest since 109 infections were recorded on December 19 last year – and reported that 28 of them were found through testing in the Yau Tsim Mong district, where they said a failure to observe social-distancing rules among residents of mostly South Asian descent was contributing to the spread of the disease.

News of the worsening situation came as a government-appointed advisory panel on Covid-19 vaccines recommended the approval of the Pfizer-BioNTech jab for emergency use in the city, paving the way for a scheduled mass inoculation campaign after the Lunar New Year. 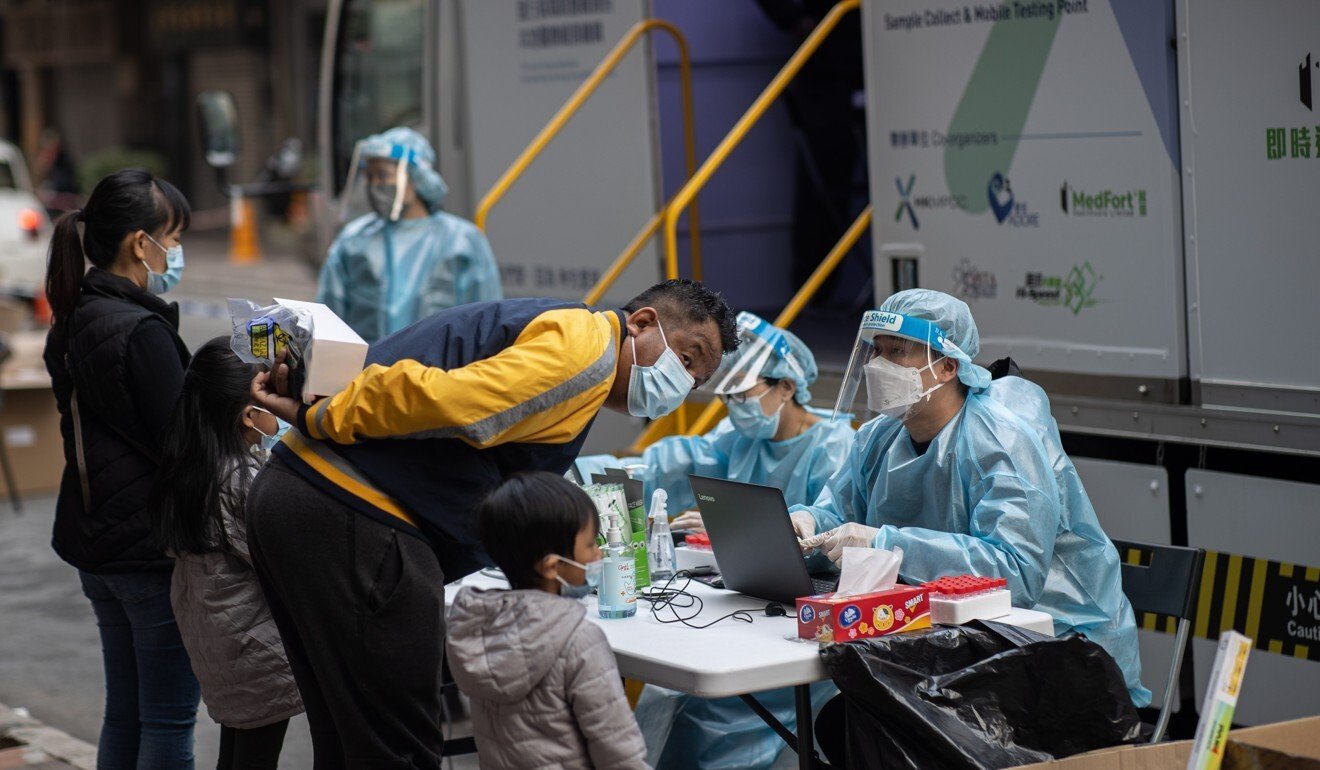 Authorities ordered residents of seven more buildings in Yau Tsim Mong to undergo mandatory testing, while a senior health official linked the growing outbreak among families from ethnic minority groups to both their cultural backgrounds and social conditions, with many living in subdivided flats.

“They have many family gatherings and like to gather with fellow countrymen,” said Raymond Ho Lei-ming, head of the health promotion branch at the Centre for Health Protection. “They like to share food, smoke, drink alcohol and chat together. If it is without masks, the risk is high. They also need to share sanitary facilities with neighbours if the living environment is crowded.”

Ho added they were engaging in “behaviour that put them at risk”.

Dr Chuang Shuk-kwan, head of the centre’s communicable disease branch, noted that all but five of Monday’s 109 cases were locally transmitted, while 42 were untraceable – 20 of them coming from Yau Tsim Mong. More than 50 people also tested preliminary-positive citywide.

“[The rebound in cases] bears some relationship with the mandatory testing drive there … but it also shows there are some silent transmissions in the community,” Chuang said. 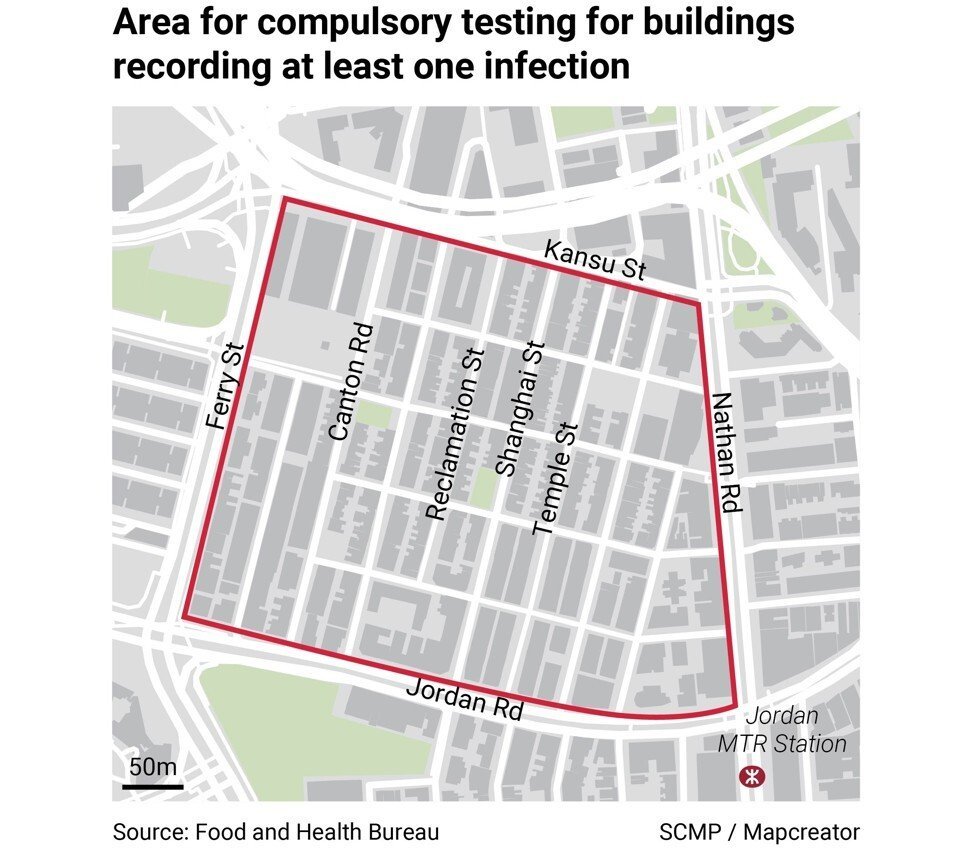 According to Chuang, about 160 of the 661 local cases recorded since January 4 involved residents living in Yau Tsim Mong, while a quarter involved members of ethnic minority communities, most of them Nepalese but some were Indian. The district is home to 9.1 per cent of the city’s roughly 580,000 members of ethnic minority communities, data from a by-census in 2016 shows.

While authorities were trying to spread information about preventive measures through “key opinion leaders” and their own personal networks, they would also recruit non-government organisations to step up publicity and help deal with the language barrier, Ho said.

Cheng pointed out that gathering to eat, smoke or drink while talking was not just part of the daily lives of many members of ethnic minority communities but something found across the public.

“I’m worried that this kind of categorisation will reinforce stereotyping,” he said.

Cheng urged the government to focus on the community members’ socioeconomic status and crowded living conditions, which could contribute to the spread of outbreaks. Officials should also improve their cultural sensitivity to avoid making assumptions about them that were unconsciously biased, he said.

Separately, officials ordered a partial evacuation of residents living in flats numbered 13 below floor 12 of Hiu Fung House at Fung Wah Estate in Chai Wan, citing the risk of vertical transmission of the virus after three flats with that same number recorded infections. Altogether, the cluster involves eight residents across five flats.

“The government needs to make the move to identify whether there are any silent transmission links among restaurant workers or retail store staff, not only the residents in the district,” he told a radio programme. “There’s a risk of spreading the coronavirus to other areas if couriers or shop workers going in and out of the district don’t get screened.”

Tsang also suggested those waiting for their test results should be issued a “stay at home” order but recognised this was hard to implement, as the government did not have a full grasp on how many people lived in the area’s tenement blocks.

He also urged the government to move quickly and implement preventive screening measures in other areas with large numbers of older housing units with many subdivided flats, such as Sham Shui Po, To Kwa Wan and Kwun Tong.

Respiratory medicine expert Dr Leung Chi-chiu said on a different radio station that residents of buildings deemed at high risk of the spread of infection should be tested every three to five days.

The latest infections pushed the city’s overall tally to 9,664, while the death of an elderly patient brought the number of related fatalities to 163.

One of the preliminary positive cases on Monday involved a doctor who attended to a Covid-19 patient in an intensive care unit at North District Hospital. He was wearing full protective gear at the time.

Meanwhile, police were searching for a 75-year-old man who had been missing since Saturday afternoon after leaving the Wan Luen Home for Elderly on Yen Chow Street in Sham Shui Po.

An 87-year-old female resident was confirmed as infected on Sunday, prompting a compulsory quarantine order for 65 residents and 15 workers. Anyone with details about the man should contact police at 999.