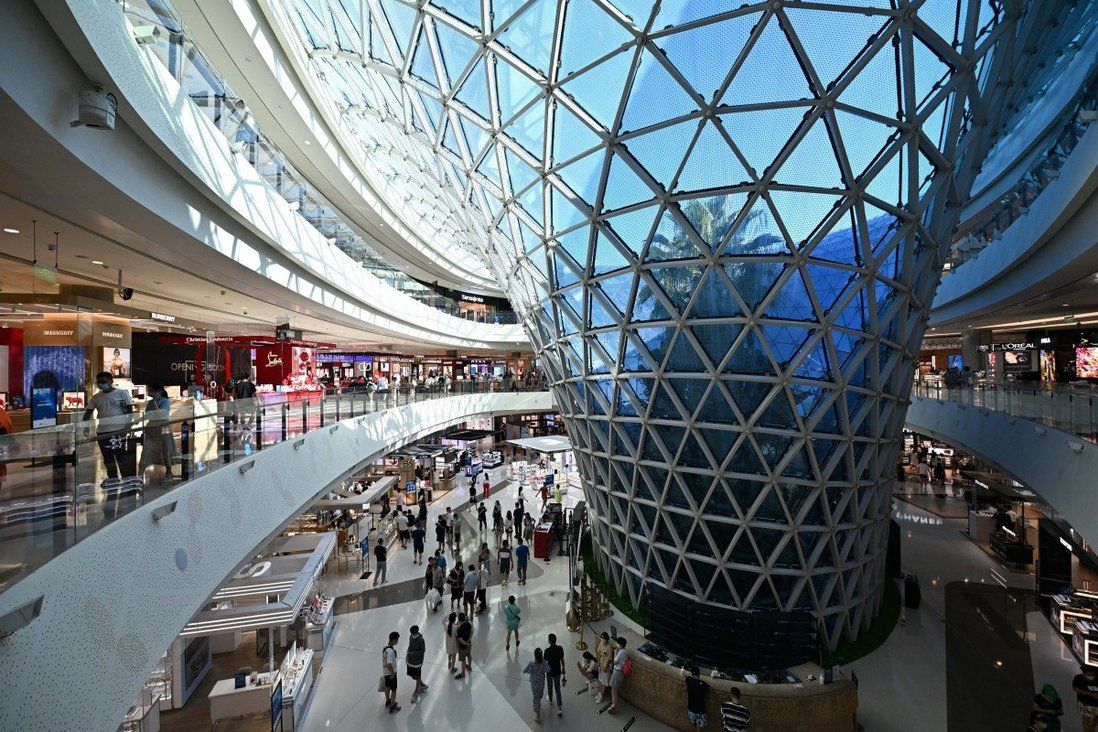 Hong Kong’s biggest IPO of 2022 debuts with a whimper

Trading in the Beijing-based company’s stock was delayed until 1pm on Thursday as severe tropical storm Ma-on led to the cancellation of the morning session. The company, which operates under the “cdf” brand and has the most duty free shops in China at 184, raised US$2.1 billion in the biggest IPO of the year so far.

The price works out to a roughly 28 per cent discount to its Shanghai closing price of 192.82 yuan, which rose 1.6 per cent on Thursday. Its A shares – a term used for the domestically listed stock of mainland Chinese companies – have lost about 12 per cent this year.

As the biggest deal of 2022, China Tourism Group’s debut performance is being closely watched by market participants. The poor post-listing performance of several companies has been a strong deterrent of investors’ demand for IPOs this year, analysts have said.

Half of the 22 firms that successfully listed in Hong Kong in the first half of the year finished their first trading day below their IPO price.

That compares to 42 per cent in the same period a year ago, data from PwC shows.

But last year a third of the 45 debutants made a return of 20 to 500 per cent for investors, while this year none has returned more than 50 per cent, PwC said.

The subdued appetite for IPOs has meant issuers either having to lower their targeted valuation or delay deals. Funds raised on the Hong Kong stock exchange plunged 92.5 per cent in the first half to just US$2.3 billion, the lowest since the corresponding period in 2003.

China Tourism Group’s debut followed a lukewarm reception for its IPO. The 5.1 million shares on offer to retail investors were less than one time oversubscribed.

Still, enthusiastic demand from foreign investors, where sovereign wealth funds and asset managers accounted for the top 15 investors in terms of allocation of new shares, indicates improved sentiment for the rest of the year, said Guo Zili, co-head of Asia equity capital markets at UBS Global banking, a joint sponsor of the deal.

“There are still sizeable deals in the pipeline [for this year]. China Tourism Group’s IPO indicates that there is still strong demand from foreign investors for Chinese companies [with proven track record],” he said.

Its retail offering last week came as Hainan, where the company enjoys a near monopoly of the offshore duty-free retail market, reported a surge in Covid-19 cases which forced some of its stores to close.

The southernmost province in mainland China accounted for some 63 per cent of the 345 confirmed coronavirus cases reported by the Xinhua news agency on Thursday.

China Tourism Group’s H shares – those listed in Hong Kong – are not interchangeable with its yuan-denominated stock because of China’s strict capital controls. It is common for A shares issued by a company to trade at a premium to its H shares, due in part to different investor perceptions of the firm’s outlook across the two markets, analysts say.

Apart from UBS, CICC was the other joint sponsor of the deal.
#Coronavirus  #COVID-19  #Covid
Add Comment