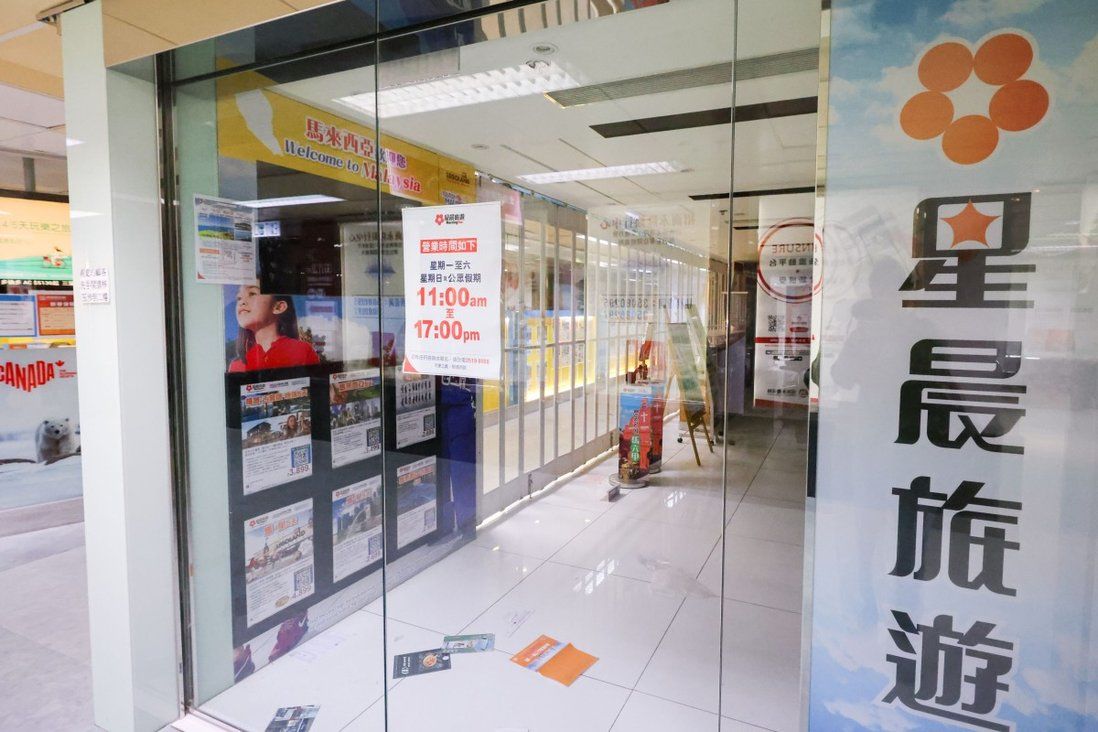 One of Hong Kong’s best-known tour operators will wind up the business after 50 years amid a worsening local Omicron outbreak, with an industry leader expecting the travel sector’s woes to continue for the rest of 2022 at least.

Morning Star Travel Services said on its website on Thursday that the board of directors had passed a resolution to voluntarily liquidate the firm under the Companies (Winding Up and Miscellaneous Provisions) Ordinance.

It said the first meeting of creditors would be held on February 16.

Apart from the statement on its homepage, the agency’s website was no longer accessible on Thursday.

Established in 1972, Morning Star was one of the leading travel agencies in Hong Kong, with more than 10 outlets across the city and Macau.

In addition to tour groups, ticket and hotel packages, and chartered tours, it had also developed cruise products and corporate services in recent years.

Fanny Yeung, executive director of the Travel Industry Council, said that she believed the decision by Morning Star’s directors had been a difficult one, with more resources being lost the longer the company continued to operate.

“We expect [tourism will resume] in the last quarter of the year [at the earliest], it’s still a long way for the tourism industry to return to normal. The outlook is not positive,” she said.

Tourism in the city declined significantly over the past two years, with the mainland Chinese border remaining closed after talks stalled during the recent outbreak and travel with the rest of the world being limited by stringent quarantine measures.

Statistics provided by the council found that 63 travel agencies had permanently terminated their services between July and December last year, with only 26 agencies opening in 2021, compared with 62 in 2020.

The number of travel agencies in Hong Kong has shrunk for three years in a row, with the pandemic and the 2019 social unrest keeping tourists away. The city had 1,760 agencies at the end of 2019, gradually dropping to 1,661 in early 2022.

Tourism sector lawmaker Perry Yiu Pak-leung said that he was saddened by Morning Star’s closure and hoped the government would extend more support to the travel sector.

“The company has a 50-year history and it’s a household name among many citizens. It’s such a huge loss,” he said, adding the government should not offer such limited financial support during every local outbreak.

“Even if there was no fifth wave now, the industry would still not be able to operate without the border opening with the mainland or without the resumption of overseas tours.”

Yiu added that the industry had not been able to benefit from the last year’s drop in infection rates or relaxed social-distancing measures, noting that bigger agencies had found it especially hard to profit by only running local cruises and tours.

As a prominent local travel agency, Morning Star was the first such company to be publicly listed in Hong Kong. It was sold to a private investor in 2012, then acquired by listed Chinese developer Fantasia Holdings three years later.

A Fantasia interim report from 2020 showed Morning Star was sold to a third party engaged in the travel business for 50.4 million yuan (US$7.9 million) in March of the same year.

But as the pandemic emerged, the agency began to struggle financially, with Danish travel firm V.O.S. Aps filing an application at the High Court as a creditor to wind up the company.

Morning Star also received two relief payments of HK$3.57 million (US$458,000) from the government for its 147 employees under the city’s Covid-19 business support scheme in 2020.

Other tour operators have also suffered during the pandemic, with Hong Thai Travel Services receiving a similar liquidation plea after failing to settle a payment from two years ago.