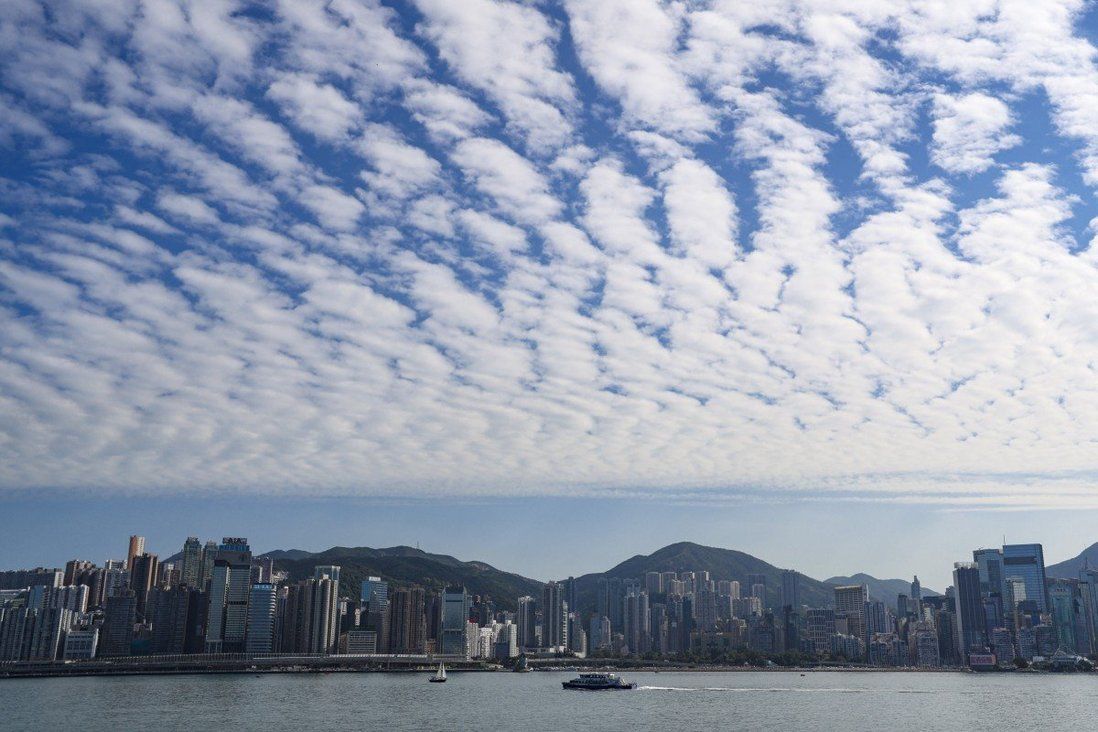 Hong Kong’s air quality on the mend, but objectives ‘still fall short of WHO goals’

Most major pollutant concentration levels in the city fell short of WHO standards, with only sulphur dioxide meeting the global body’s targets, according to the Environmental Protection Department.

Hong Kong’s air quality has improved over the past decade, in part due to reduced road and marine traffic during the coronavirus pandemic, but most of the major pollutant concentration levels still fall short of the goals set by the World Health Organization (WHO).

Only one pollutant, sulphur dioxide, had a concentration low enough to meet the WHO standard for the maximum allowable level last year, according to the Environmental Protection Department.

“Hong Kong’s air quality has been improving over the last 10 years, with the past two years having the best air quality,” Dr Kenneth Leung Kai-ming, assistant director of the department, said during a press conference on Friday.

While the pandemic had contributed to reduced transport and in turn better air quality over the past two years, especially during the first half of 2020, Leung said improvement had started before the outbreak.

“The Covid impact during the first half of 2020 was bigger than its impact for the entire 2021, but the air quality of 2021 was still better than that of 2019,” he said. “From the long-term perspective, the improvement trend has sustained.”

The annual average concentrations of the pollutants at the roadside were reduced by 43 per cent to 58 per cent during the period. 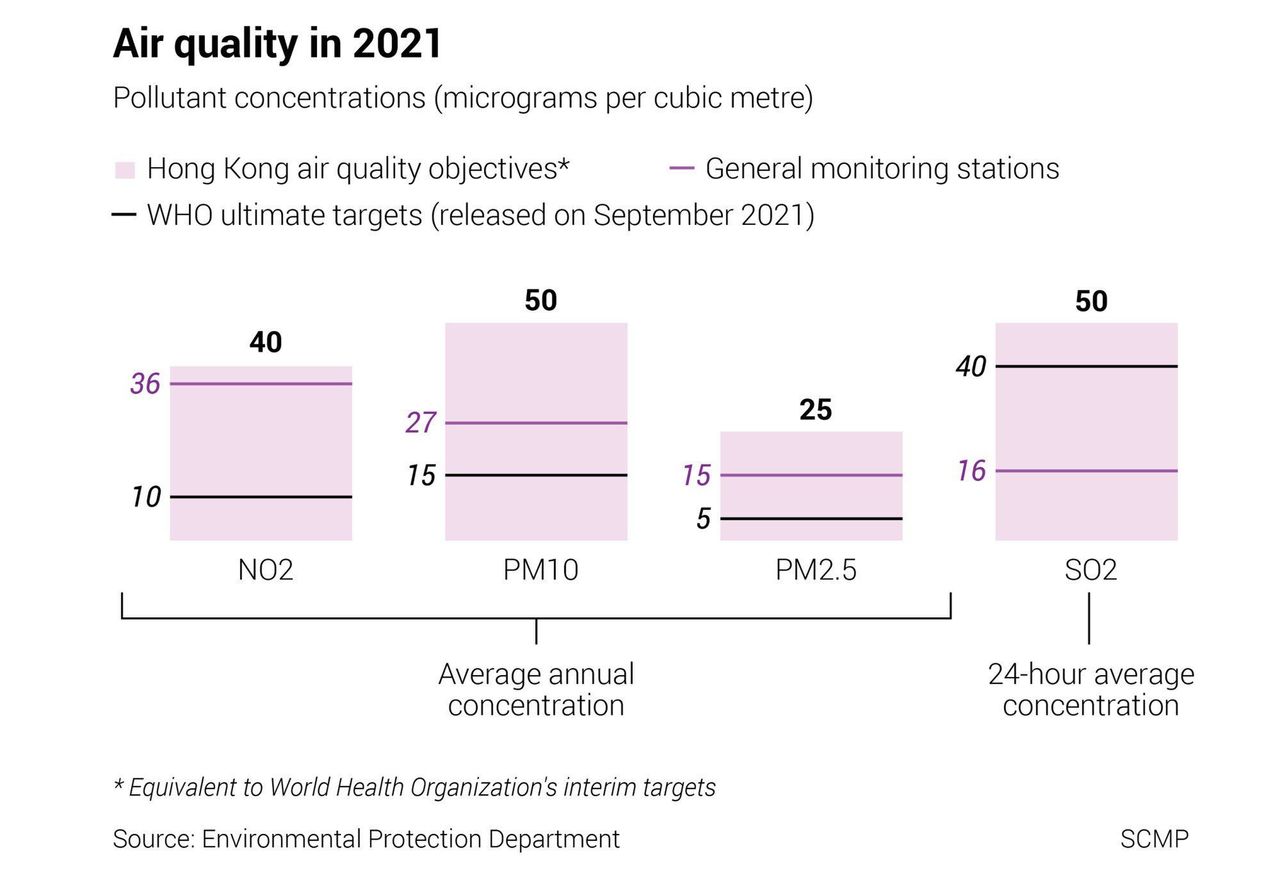 As for last year, the level of all four major pollutants met the city’s own air quality objectives, which are benchmarked against the WHO’s interim goals. Only SO2 levels met the WHO’s ultimate goals.

The WHO tightened the maximum allowable pollutant levels for its goals in 2021. 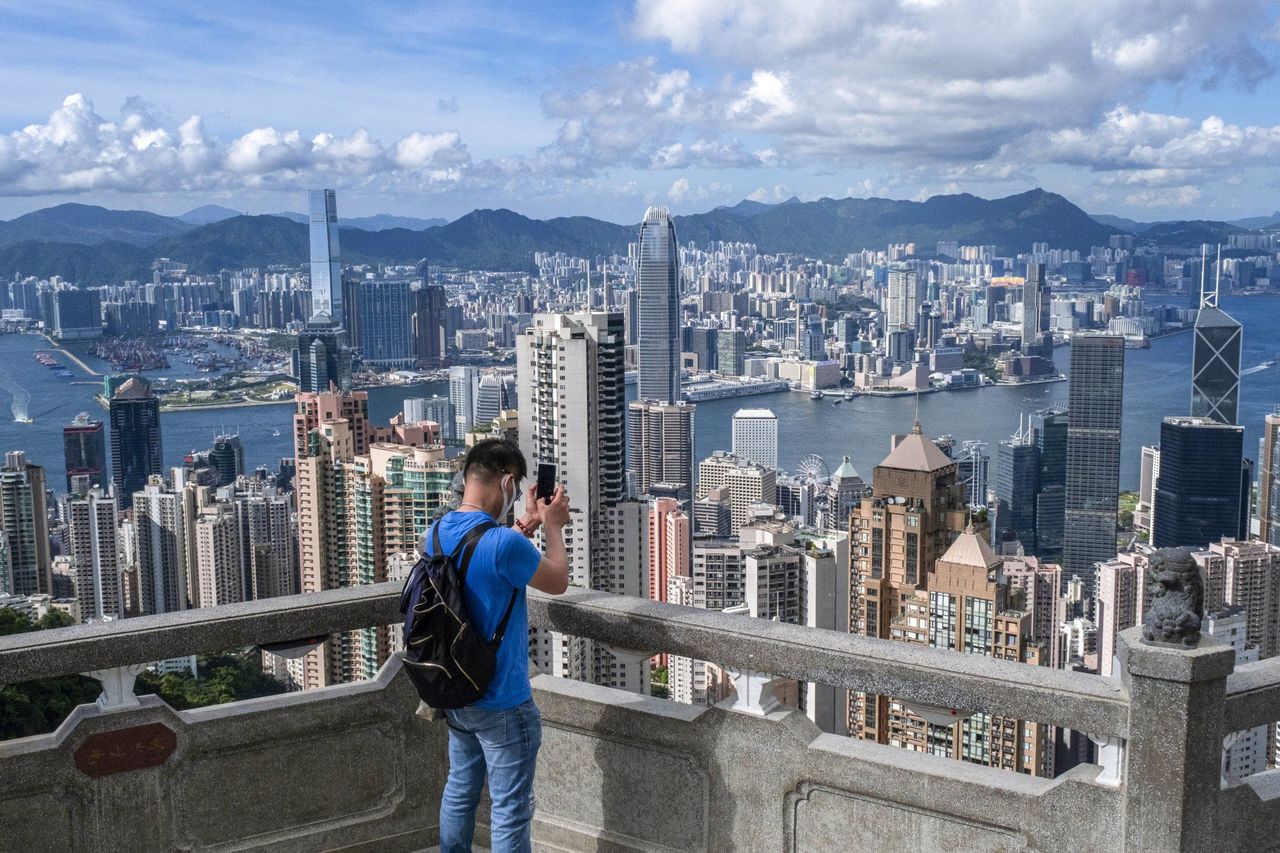 The pandemic has helped boost air quality over the past two years, according to the Environmental Protection Department.

Brian Lau Man-pang, principal environmental protection officer of the department, admitted at the press conference that Hong Kong’s air quality objectives were more relaxed than the WHO’s, but he said the city would review the objectives and catch up with the global standards.

“Hong Kong will tighten its air quality objectives in a gradual manner to meet the WHO’s standards,” he said.

Leung said tackling the regional O3 emission would be a challenge, as Hong Kong’s O3 level was also affected by that of neighbouring cities.

The department has started reviewing the air quality objectives to assess the scope for further tightening them to catch up with the WHO’s. The review is expected to be completed next year.

Leung laid out a series of measures to continue improving the city’s air quality, including promoting the use of electric vehicles and other green transport, updating the air quality objectives, and enhancing regional collaboration.

The department’s data also showed that visibility in Hong Kong had improved, with 258 hours of reduced visibility detected last year, down by 84 per cent from 1570 hours in 2004.

Fung urged the government to establish a detailed road map for achieving zero-carbon emission, form concrete strategies as soon as possible before 2025, and set up a clear time frame to tighten the air quality objectives once the review was completed.