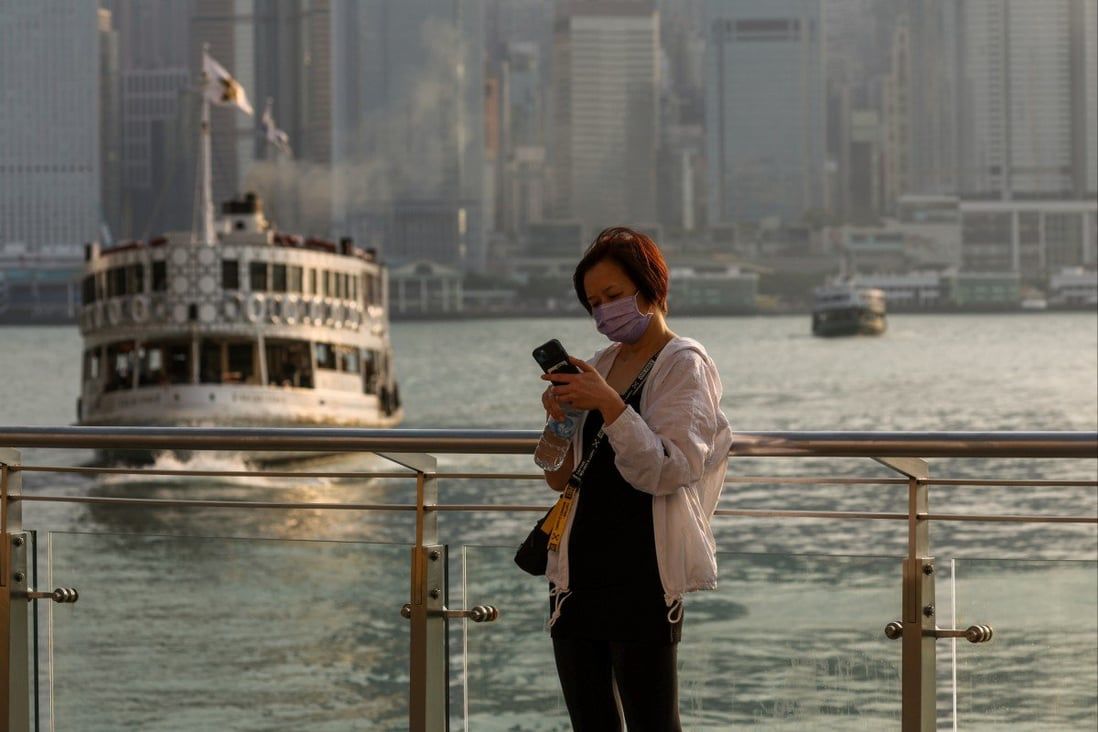 Hong Kong’s ‘0+3’ scheme is here, but travellers are not – at least not yet

Hong Kong’s tourist hotspots remained short on travellers on Monday even after hotel quarantine rules for overseas arrivals were lifted, and some businesses are worried the easing of Covid-19 border restrictions means residents will now take their expenditure overseas instead.

Employees working in shops and restaurants told the Post they had not seen an instant surge in foreign patrons, and estimated it would take at least a week or even several months to tell if the policy change could improve inbound tourism.

Under the new arrangement known as the “0+3” model, arrivals can choose to undergo three days of medical surveillance at home or in a hotel, during which they are free to go out but cannot enter places such as eateries and bars.

This period will be followed by four days of self-monitoring, during which arrivals are required to self-conduct a rapid antigen test (RAT) daily and undergo polymerase chain reaction (PCR) tests three times.

Previously, the city had a “3+4” arrangement for arrivals, a scheme that meant three days of compulsory quarantine in designated hotels followed by four days of home medical surveillance.

At Victoria Harbour in Tsim Sha Tsui, an area known for its panoramic city views, many of the visitors in the afternoon were elderly locals sitting on park benches.

A cashier working at a 7-Eleven outlet near the harbour also said she did not expect travellers to appear around the area soon.

“[Travellers] still need time to plan for trips and apply for leave,” she said. “I’m worried that once Hong Kong’s borders reopen completely, many Hongkongers will leave the city instead, then this area will be even emptier. It’s not ideal … and harmful to the economy at least in the short term.”

Another employee working at a seafood restaurant along the harbour said he had only seen four overseas patrons in the last month.

“The government policy just started, but hopefully around mid-October we can expect more people from different countries,” he said.

The Sogo department store, which once buzzed with tourists, and shopping centres in the area were also mostly empty with several outlets nearby closed. Only a handful of locals were seen patronising the area.

“I’m not sure whether the ‘0+3’ measure will improve our business as of now, but we used to rely a lot on cross-border tourists for business,” a luggage saleswoman in Sogo said, noting that mainland Chinese arrivals would still have to undergo quarantine when they returned home. 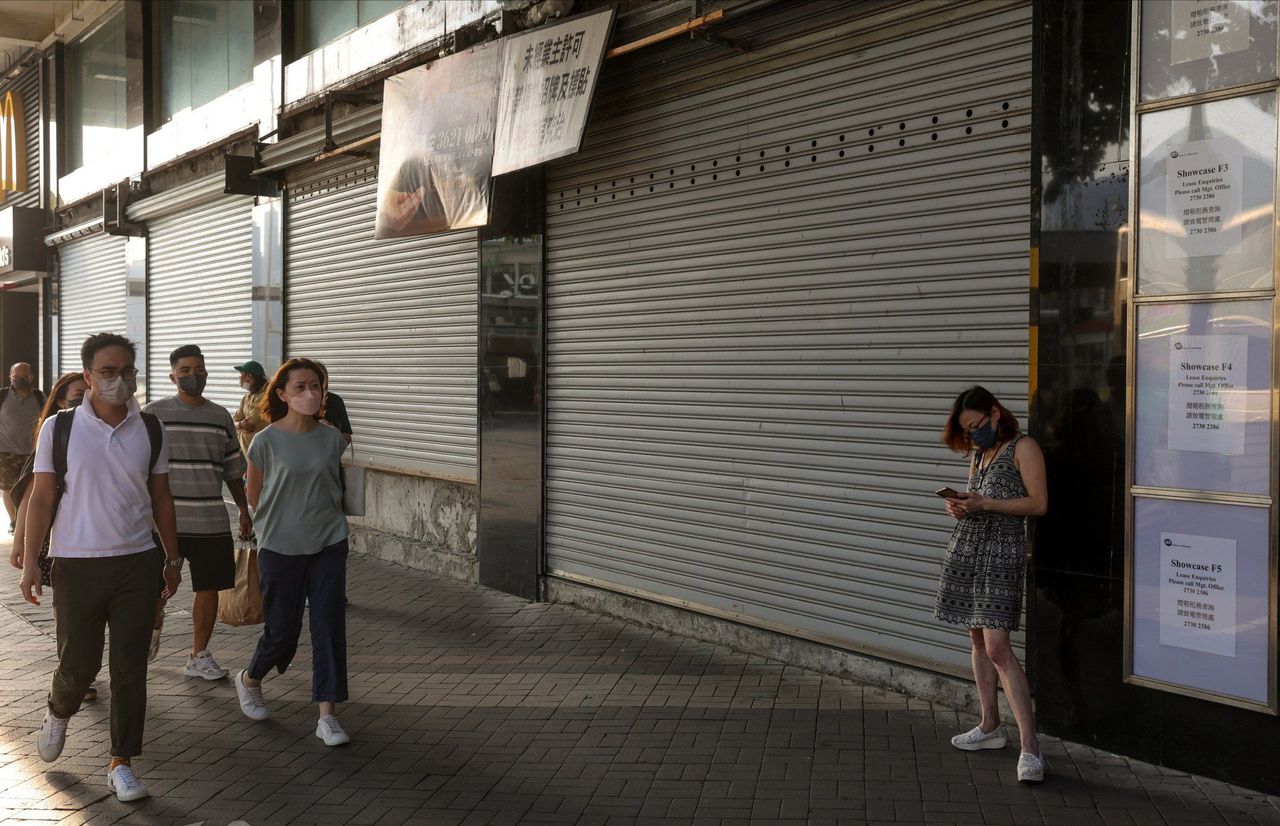 Across the harbour in Causeway Bay, a staff member of a shoe store in Times Square mall said she had attended to just two travellers window shopping earlier on Monday.

“It’s still mostly locals for now,” she said. “I guess by next week we can start seeing more customers.”

Paul Chan Chi-yuen, co-founder and CEO of Walk In Hong Kong, which specialises in local walking tours, said most of his bookings were still coming from within the city. He did not expect bookings from tourists for at least a few months.

“It takes time for tourists to know the change and the extent that our policies are being relaxed now may not be as competitive when compared with other cities,” Chan said. 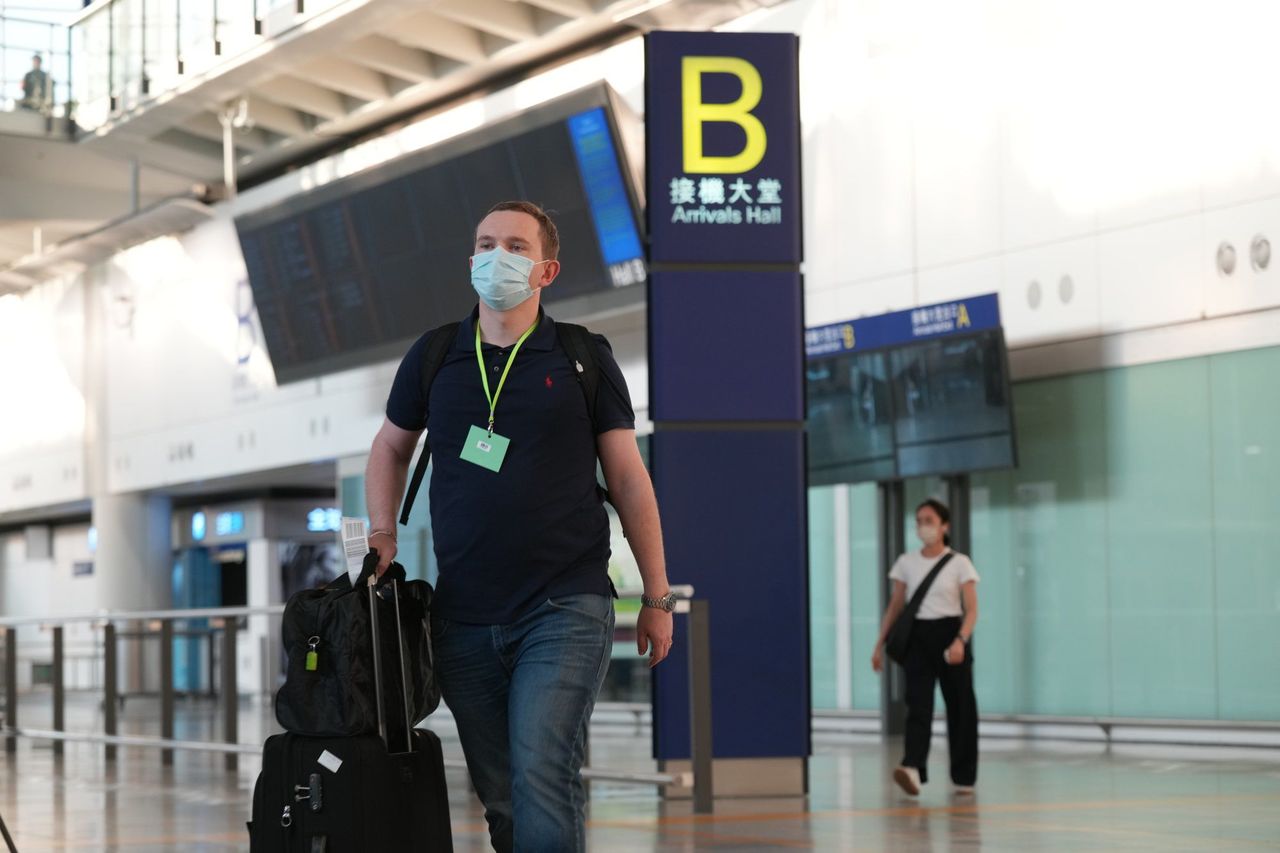 A traveller who was among the first to arrive in Hong Kong after the compulsory hotel quarantine rule was lifted on Monday.

She added that the “0+3” model was not attractive enough to lure in more overseas tourists, while prompting residents to travel abroad, and estimated local staycation business would drop by 20 to 30 per cent.

Chan said hotels were expected to introduce special packages and dining deals to keep business going, but urged the government to fully reopen the border to attract more travellers.

Data from travel platform Trip.com in Hong Kong showed that inbound flight orders were up by 155 per cent from the same period last week, although many of the bookings were for late October.

Bangkok and Taipei account for most of the travellers coming to the city, with bookings increasing by 200 per cent and 180 per cent compared with the week before.

In contrast, outbound flight bookings surged nearly 400 per cent in the same period, with Osaka recording a whopping 7,300 per cent increase, followed by Tokyo at 1,385 per cent.

“Overseas tourists may need more time to digest the ‘0+3’ model,” a Trip.com representative said. “Although the numbers for inbound tourism were not as high as that of outbound tourism over this past weekend, we still believe that there will be a substantial increase in foreign arrivals in the last quarter of this year.”

Steve Huen Kwok-chuen, executive director of travel agency EGL Tours, said the “0+3” arrangement had led to a surge in the number of people signing up for tours.

“We have seen many clients making inquiries immediately after, and our branches have seen long queues, something we’ve not seen for a long time,” he told a radio programme on Monday.

Most people went for Japan-bound tours, mostly in October and November, while other destinations only saw a lukewarm response, he said.

Huen said airline capacity had yet to return to pre-pandemic levels, in turn contributing to soaring air ticket prices. He said a round-trip ticket to Tokyo previously cost between HK$2,000 and HK$3,000 but was now HK$4,000 to HK$6,000.

Although airlines had gradually ramped up the number of flights, Huen said, it would take six months to a year before his business could recover to pre-Covid-19 levels.

He urged authorities to adopt a “0+0” model – essentially doing away with home medical surveillance and self-monitoring.