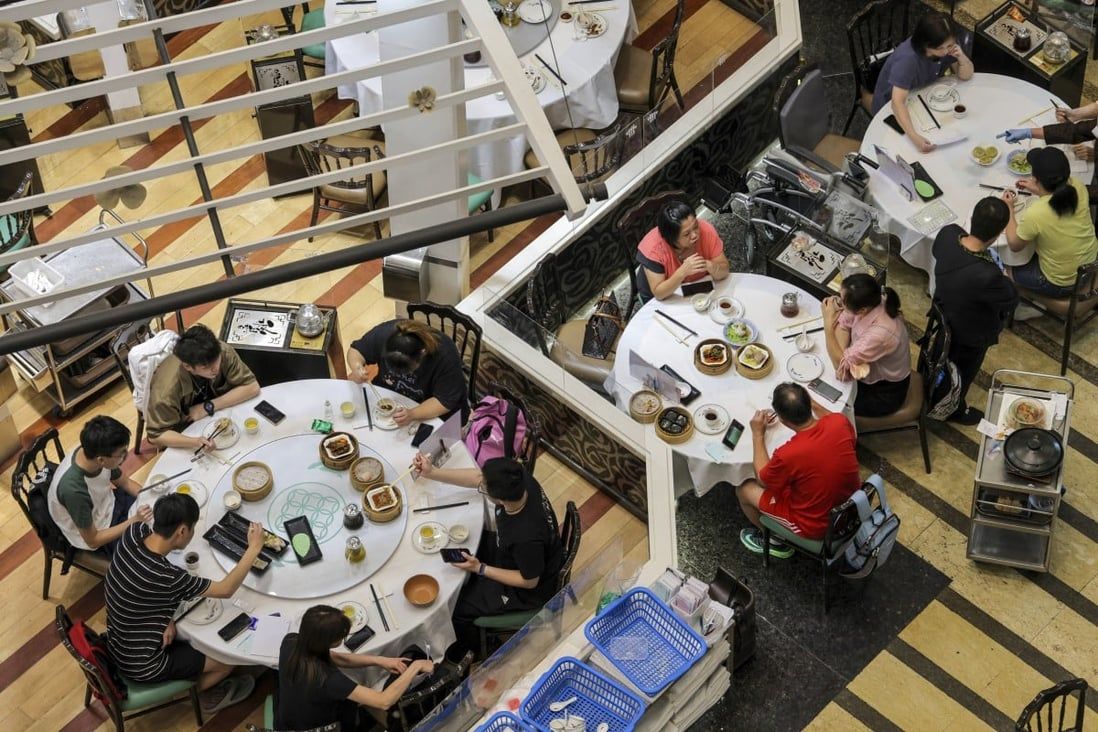 Hong Kong’s ‘0+0’ Covid switch long-awaited, but how soon can city bounce back?

Business leaders, economists warn it could take more than a year after all restrictions end before economy bounces back to pre-coronavirus levels.

Hong Kong residents, businesspeople and visitors all have high hopes that the long-awaited lifting of the city’s travel restrictions and the end of medical supervision rules for arrivals will help put the bounce back in the economy.

But business leaders and economists said it could take more than a year for the city to recover its shine after the border with mainland China fully reopened.

The introduction of the “0+0” arrangement was welcomed as a breath of fresh air for a city stifled by three years of strict coronavirus rules – some of the toughest in the world because of the zero Covid-19 policy imposed in line with the mainland.

But, from Wednesday, the city will become one of the last places in the world to remove its travel restrictions for arrivals with the scrapping of the amber health code for people who test negative for Covid-19.

It is the biggest relaxation made by the authorities to lessen the frustration of arrivals since the start of the pandemic. 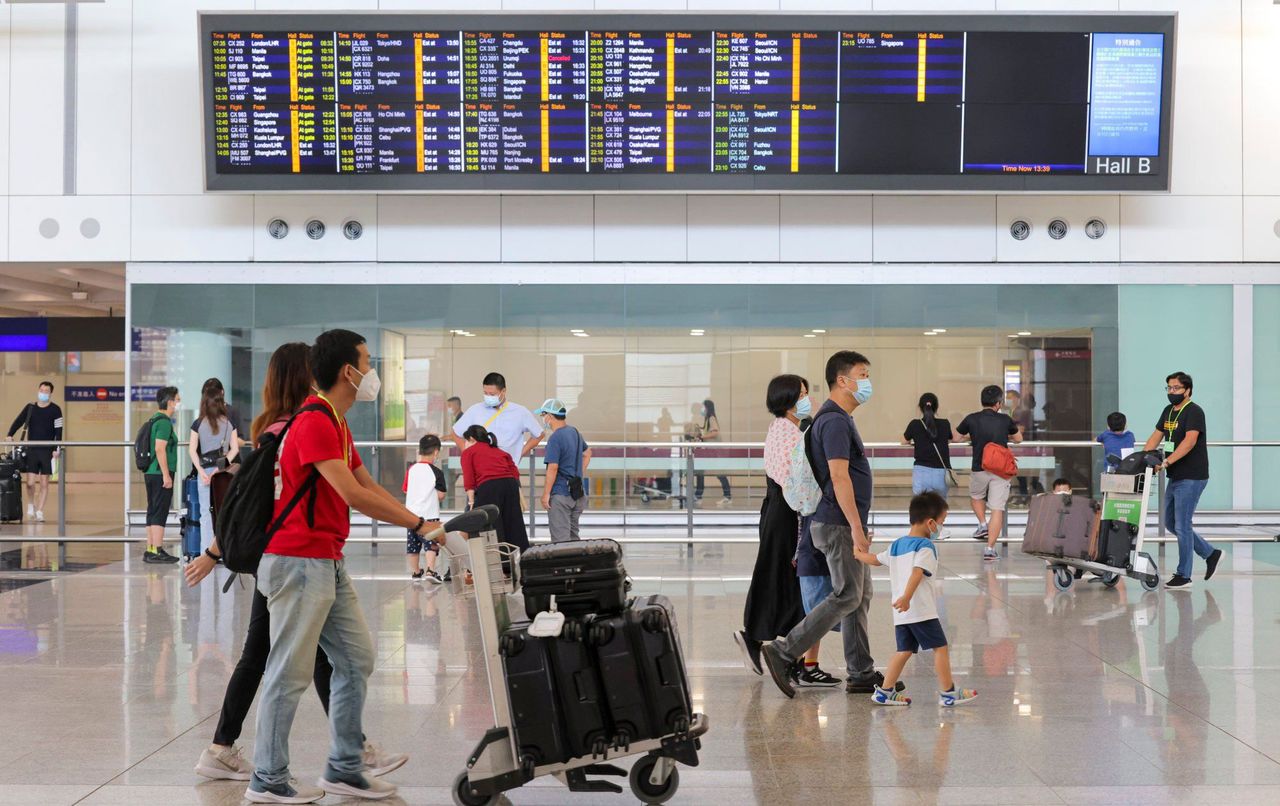 Passengers arrive at Hong Kong International Airport.
The city has gone from total closure, a maximum of 21 days quarantine down to seven days, to a further “3+4” and “0+3” this year – referring to the combination of the number of days of quarantine and medical surveillance.

People will no longer be required to use the risk-exposure “Leave Home Safe” app, but proof of vaccination will still be needed for entry to most public venues.

Many hailed the move as a step closer to reopening the borders with the mainland and a boost to the recovery prospects for the city.

But questions remained over whether Hong Kong could claw back the lost time and opportunities other places, such as Singapore, which opened up earlier, were able to capitalise on.

Some economists and business leaders said the relaxation had come too late, which meant Hong Kong would lag behind other jurisdictions in its rate of recovery.

They all agreed the city could only lift the economy to pre-coronavirus levels about a year after restriction-free travel with the mainland was re-established.

Simon Lee Siu-po, an economist and honorary fellow at the Asia-Pacific Institute of Business at Chinese University, warned the need for inbound travellers to take a polymerase chain reaction test on arrival in Hong Kong, as well as a rapid antigen test over the next five days, would still deter inbound travellers, despite the “0+0” regime.

“There are no testing requirements in other places such as Singapore and Japan. Then why would travellers bother to come to Hong Kong?” he asked.

But Lee predicted the city’s economy would rebound to its pre-Covid levels in the middle of 2024 as the “0+0” rule was a clear signal the mainland border would reopen soon.

Gary Ng Cheuk-yan, a senior economist at Natixis Corporate and Investment Bank, agreed that Hong Kong had lagged behind other jurisdictions, so the economy would take a longer than expected year after border reopening to get back to pre-coronavirus levels.

“The most beleaguered industries, such as retail, tourism, hotels and aviation, will experience the greatest rebound, while the catering industry and the insurance sector will also greatly benefit from the border reopening,” he said.

Inaki Amate, chairman of the European Chamber of Commerce, made up of 13 lobbies, said business travellers wanted to avoid “risk and complexity” and appealed for an end to arrival testing and other restrictions.

“Having to quarantine and wear masks is something that they have left behind. Hong Kong needs to pass the Covid page completely,” Amate said. “We need the measures to be lifted, and the sooner the better to start the recovery.”

David Graham, executive director of the British Chamber of Commerce in Hong Kong, said, as the last restrictions were relaxed, “greater senior business travel to the region and Hong Kong and a greater interest in further investment” would follow.

But he added regeneration would also depend on the availability of talent and Hong Kong needed to attract people back to the city and to promote it on the international stage.

Johannes Hack, president of the German Chamber of Commerce Hong Kong, said the change in rules came just in time for the return of his two children this weekend.

Hack said his son, 22, had done “the whole rigmarole” from the maximum of 21 days in a hotel at the height of the fifth wave to home quarantine, and it would be the first visit by his 24-year-old daughter in three years.

“We’ve come a massively long way,” Hack said. “Very clearly anybody who has got relatives returning, or the people who are going on business trips now, it makes it so much easier.”

Eden Woon Yi-teng, president of the American Chamber of Commerce in Hong Kong, said the city should not just wait for the mainland border to fully reopen.

“The government should lead trade fair delegations to overseas countries with foreign business chambers to let overseas investors know that Hong Kong is still a good place for making investment,” he said.

Elsewhere in Asia, pandemic travel restrictions were eased from April, with Singapore, Indonesia and the Philippines dropping pre-departure Covid-19 tests for fully vaccinated travellers and no longer requiring arrivals to undergo quarantine.

Travellers are allowed to enter Thailand, Malaysia and Vietnam irrespective of their Covid-19 vaccination status. Japan reopened to tourists in October and South Korea scrapped arrival tests the same month.

Taiwan also reopened to travellers from Hong Kong and Macau on November 7, but visitors must travel in groups of between five and 40 people and can stay for a maximum of 15 days.

Cathay Pacific Airways said the adjustments would boost the appetite for travel, especially among inbound visitors.

But independent aviation analyst Brendan Sobie said lessons learned from the rest of the world were that there would be limited inbound demand until there was a full return to normality.

“It takes time even once everything is lifted as most people don’t decide on their holidays at the last second. Once Hong Kong finally fully reopens and removes all requirements, including testing, the inbound segment will start to recover but it will take time,” Sobie predicted.

Herman Tse, a senior aviation analyst at Ascend by Cirium, agreed it would take time to recover.

“The traffic is not expected to return to 2019 levels until China’s borders fully reopen as China remains one of the major markets of Hong Kong,” Tse said.

But Chui said it would still take time for the sector to fully recover from pandemic-related disruptions, mainly because of limited airline capacities and cross-border travel restrictions between Hong Kong and the mainland.

Steve Huen Kwok-chuen, executive director of EGL Tours, said that with the entry restrictions gone, he expected to see more visitors to Hong Kong, including those coming to do business, hold exhibitions or for sightseeing.

“Each relaxation of restrictions helped the industry, but the easing this time will help to the broadest range,” he said.

Prepared for a surge in the number of outbound tourists, Huen said he expected to see his company’s business return to half the pre-pandemic level by June next year.

Legislator Peter Shiu Ka-fai, who represents the wholesale and retail sector, said the latest move to cut restrictions would lure more visitors to the city, including during the Christmas and New Year holidays, and help the retail sector.

Simon Wong Ka-wo, president of the Hong Kong Federation of Restaurants and Related Trades, said he did not expect an immediate surge in the number of tourists.

But he added the eased rules would encourage Hongkongers who had returned from overseas to dine out in the first three days after arrival, which would be a boost.

Nightlife and entertainment magnate Allan Zeman predicted that as China reopened with “lightning speed”, tourist numbers would start to increase in the second quarter of next year and businesses would get a much-needed boost.