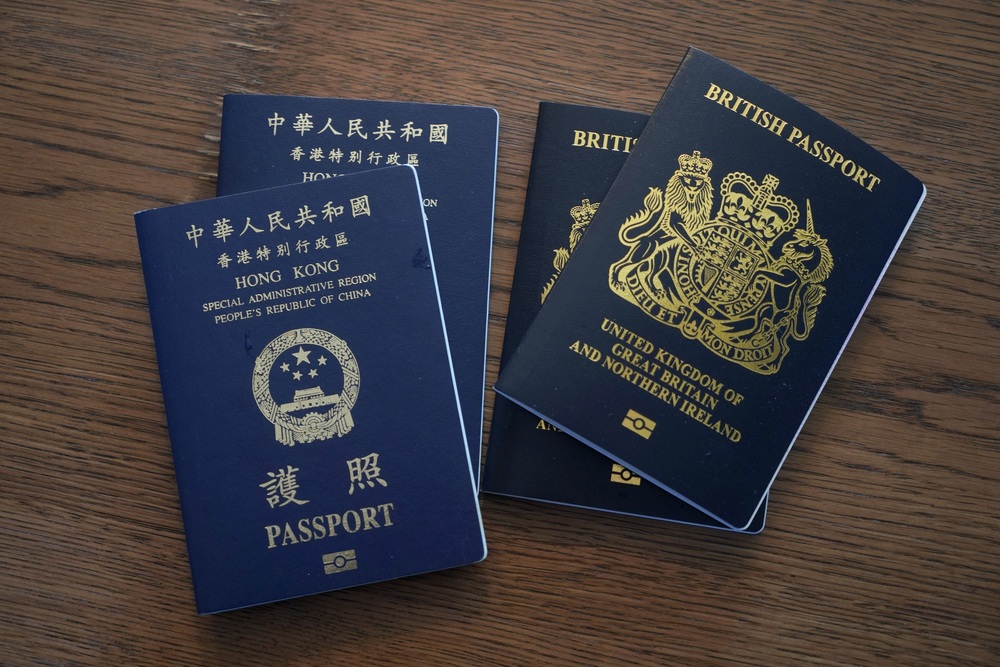 More than 30,000 Hong Kong residents sought special UK visas in the second quarter of this year, although the pace of applications slowed from an initial rush to get on the pathway to citizenship.
Some 30,600 British National (Overseas) passport holders applied for long-term residency passes between April and June under a program launched by Prime Minister Boris Johnson in response to China’s political crackdown on the Asian financial hub. Although that represents a roughly 11% dip from the first quarter, it brings the total applications to almost 65,000.

Departures for the UK, Canada and elsewhere contributed to 1.2% slide in Hong Kong’s population in the 12 months ending in June, continuing a record pace of decline. Many residents are seeking to move out of the former British colony in the wake of indefinite pandemic restrictions on travel and a national security law that has curtailed protest and dissent.

More than 130 pro-democracy activists have been arrested under the law, with many in detention awaiting trial for crimes that carry sentences of as long as life in prison. The UK started accepting applications for the pathway to citizenship on January 31.

Both London and Beijing have accused the other of breaching commitments that paved the way for Hong Kong’s return to Chinese rule in 1997. Earlier this year, Johnson estimated that about 300,000 of more than 5 million eligible Hong Kong residents and their dependents would take advantage of the chance to settle in Britain.

It wasn’t immediately clear whether the decline in visa applications in the second quarter represented a drop in interest or a seasonal fluctuation. The visa program’s financial requirements, as well questions about accessing retirement money left in Hong Kong, have emerged as hurdles to some potential applicants.

Hong Kong’s chief executive, Carrie Lam, said in a July 20 news briefing that people emigrate for various reasons and that support from Beijing had provided “unlimited opportunities” for city residents. “If you really want me to say something to these Hong Kong people who have immigrated, are immigrating or intend to immigrate, I will tell them that the future of Hong Kong is very good,” Lam said.
#Boris Johnson  #Johnson
Add Comment