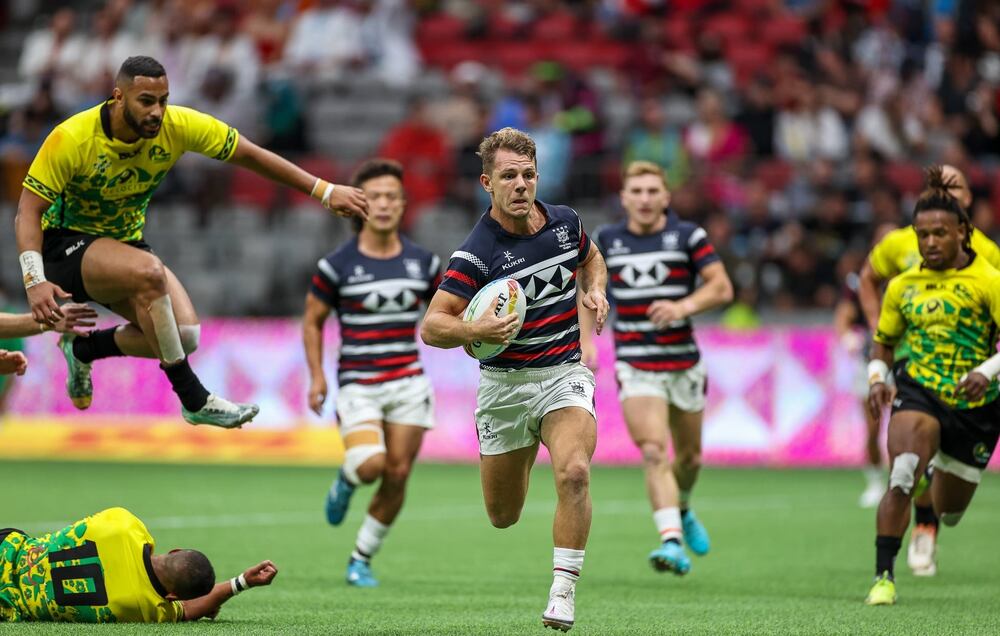 Organizers of the Hong Kong Rugby Sevens are on the verge of deciding whether to proceed with this year’s tournament in November, with the government yet to indicate if it will allow the event to go ahead.
“The union will need to make a final decision by the end of this week,” Hong Kong Rugby Union Chief Executive Officer Robbie McRobbie told Bloomberg News in an interview, referring to that point as a “line in the sand.”

The HKRU has proposed to the government a closed-loop system for players and officials, which would keep them out of direct contact with the general public, like China did with the Beijing Winter Olympics and for factory workers during Shanghai’s Covid lockdown. The union has also sought permission for participants to skip mandatory hotel quarantine that is imposed on people arriving in the city, but it hasn’t heard back from officials.

McRobbie had previously said he hoped for a decision from Hong Kong authorities by the end of June or early July on the event, slated for Nov. 4-6.

“As the event will involve large number of overseas participants, including players, team officials and match officials, and about 100,000 spectators on the spot for the three-day tournament, government departments concerned are reviewing the proposed infection prevention and control measures and logistical arrangements,” the Culture, Sports and Tourism Bureau said in an email. “We have been liaising closely with the Hong Kong Rugby Union and will advise them the outcome in due course.”

While other parts of the world are dismantling pandemic curbs, Hong Kong remains aligned with mainland China’s zero tolerance Covid approach, making it difficult to hold large-scale events, especially those that attract tourists. Travelers need to quarantine to enter the city, and there are also limits on gatherings. Rapid tests are required to enter bars. The rugby sevens, a showcase for Hong Kong and a popular draw for international visitors, was last held in 2019.

This year’s proposed tournament would mark the start of the 2023 HSBC World Rugby Sevens Series, a fast-paced version of rugby union that involves seven players per team. Hong Kong has developed a reputation as being the most raucous of venues on the circuit. Sydney, Cape Town, London and Los Angeles are among other hosts. Hong Kong is also due to hold a financial summit to coincide with the sevens in November, so the period will be seen as a litmus test for the city’s appetite for a wider reopening and return to the international stage.

McRobbie said July 31 would be the deadline to commit to or abandon this year’s tournament, otherwise there wouldn’t be time to arrange matters such as hotel deposits and hiring staff. Hong Kong is also due to host another sevens tournament on March 31 to April 2 as part of the world series.
#Covid
Add Comment