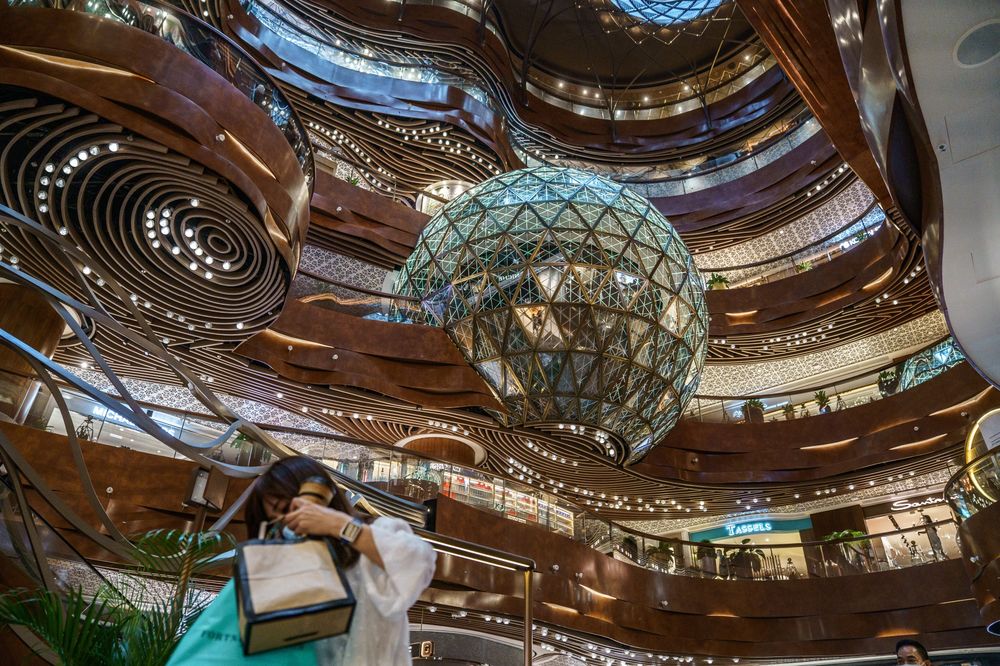 Hong Kong’s retail sales grew at the slowest pace since July, with the government warning of further pressure ahead amid a surge in Covid cases.
The value of retail sales grew 4.1 percent in January from a year earlier, compared with the median estimate of 0.4 percent in a Bloomberg survey of economists. The volume of sales rose 1.7 percent.

The Lunar New Year -- which fell on February 1 this year -- typically helps to boost retail spending, the Census and Statistics Department said in a statement. The data covers consumer spending on goods but not on services, such as those on catering and medical care and entertainment, which account for over 50 percent of overall consumer spending.

“The figure has yet to fully reflect the impact of the fifth wave of local epidemic and the further tightening of anti-epidemic measures in the more recent period,” a government spokesperson said in the release. “The retail sector will remain under immense pressure in the near term.”

The report is the latest indication of economic pressure facing the Asian financial hub. Data on Thursday showed economic activity contracted in February, plunging to a 22-month low. Economists are already predicting the economy shrank in the first quarter -- even before expected disruptions in March from mass virus testing and a possible lockdown.

In a bid to boost retail sales, Financial Secretary Paul Chan pledged in his budget to give residents another HK$10,000 (US$1,279) of consumption vouchers this year. Previous handouts last year helped to boost monthly retail sales by double digits.

The current outbreak has already caused substantial damage to the retail sector. A major drug retailer said this week it will close 53 stores across Hong Kong due to the pandemic situation and an online retailer said it’s struggling to fulfill orders as 20 percent of its staff are in quarantine. Nightlife mogul Allan Zeman said the government needs to include the business sector in its Covid-decision making process.
#Covid
Add Comment