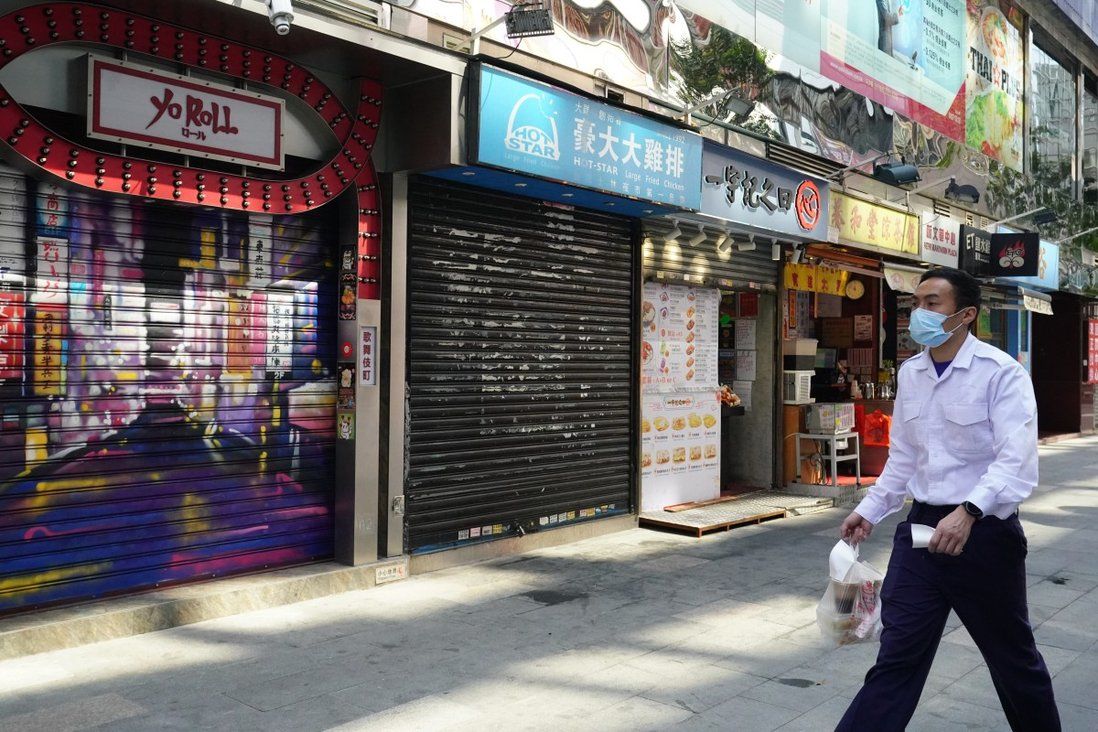 But figure does not reflect full impact of rising Covid-19 cases and tightening of anti-epidemic measures, government spokesman says.

Hong Kong’s retail sales rose 4.1 per cent year on year in January with the government having warned the figure was not a reflection of the current impact of strict social-distancing measures during the ongoing coronavirus outbreak.

Retail sales in January were valued at HK$33.9 billion (US$4.33 billion), a 4.1 per cent year on year increase, according to provisional figures released by the Census and Statistics Department on Friday.

Online transactions accounted for 9 per cent of the total retail sales during the month, which was estimated at HK$3.1 billion, and grew by 29.8 per cent compared with the same period in 2021.

The uptick in retail sales recorded in January also marked 12 consecutive months of growth for the sector. Last year, consumer sentiment improved with the easing of social-distancing measures and the distribution of digital spending vouchers worth HK$5,000 to eligible residents in the second half of 2021.

A government spokesman said despite the recorded growth in January, the figure did not fully reflect the impact of the recent rise in Covid-19 infections and further tightening of anti-epidemic measures.

“In view of the very austere epidemic situation and the various restrictive measures in place, the retail sector will remain under immense pressure in the near term,” he said.

Hong Kong adopted some of the world’s strictest social-distancing curbs on January 7, followed by a further tightening of measures on February 24 with the launch of the vaccine pass, which requires customers to show proof of inoculation at malls, department stores, supermarkets, wet markets and eateries.

A poll of 3,600 store owners last week by Hong Kong Retail Management Association found that only retailers selling pandemic-related products such as face masks and personal hygiene goods had made brisk sales.

But the volume of business at convenience stores and electrical appliances fell by about 10 per cent over the past week, while clothing, department stores, and watch and jewellery sellers reported a drop of more than 20 per cent.

“Even without a citywide lockdown, foot traffic in shopping malls and retail stores on the streets has been very low,” she said. “We expect it will take a lot longer to recover from the adverse impact of the fifth wave than the previous waves we’ve been through.”

She also noted that most of the association’s members had decided to cut operation hours or close their stores temporarily as some frontline employees tested positive for Covid-19.

According to Tse, the most important thing was to bring the number of daily infections down as soon as possible to ensure retail customers and workers felt safe to resume business.

As part of measures to boost local consumption, Financial Secretary Paul Chan Mo-po announced in his annual budget address last month that eligible residents would receive a total of HK$10,000 in electronic consumption vouchers this year, with the first batch worth HK$5,000 expected to be disbursed in April.

Last year, the roll-out of consumption vouchers cost the government HK$36 billion, and boosted gross domestic product growth by at least 0.7 per cent, while Chan said the coming round was expected to cost HK$66.4 billion and was projected to boost the economy by 1.2 per cent.

Other measures outlined in the budget included a moratorium on commercial rents, which would forbid landlords from chasing after rental payments of small and medium-sized enterprises, such as those in the retail sector.

But retail association chairwoman Tse said few landlords had been willing to negotiate rent payments at all, casting doubt on the feasibility of the plan.

“It’s really tough to negotiate. Either landlords don’t want to have a discussion on adjusting the rent down at all, or they listen but don’t offer any relief to business owners,” she said.