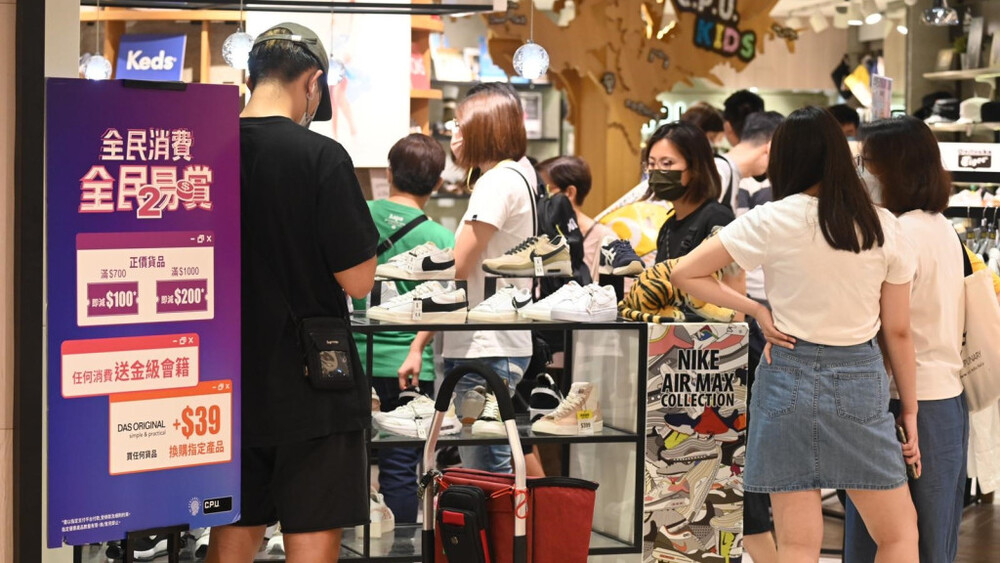 Hong Kong's October retail sales rose 3.9 percent from a year earlier, supported by a new batch of consumption vouchers leading to improvement in many types of retail outlet, government data showed on Thursday.
Sales rose to HK$31.9 billion. That compared with a revised 0.3 percent gain in September.

In volume terms, retail sales rose 2.4 percent year-on-year in October. That compared with a revised 1.4 percent decline in September.

Retail sales have been shaky for much of the year as Hong Kong was battered by a brutal Covid wave in the spring before its slow and steady path toward reopening.

A government spokesman on Thursday attributed the growth acceleration in October to the disbursement of more consumption vouchers, adding in a statement that retail outlets selling jewelery, watches, clocks and valuable gifts all registered double-digit increases.