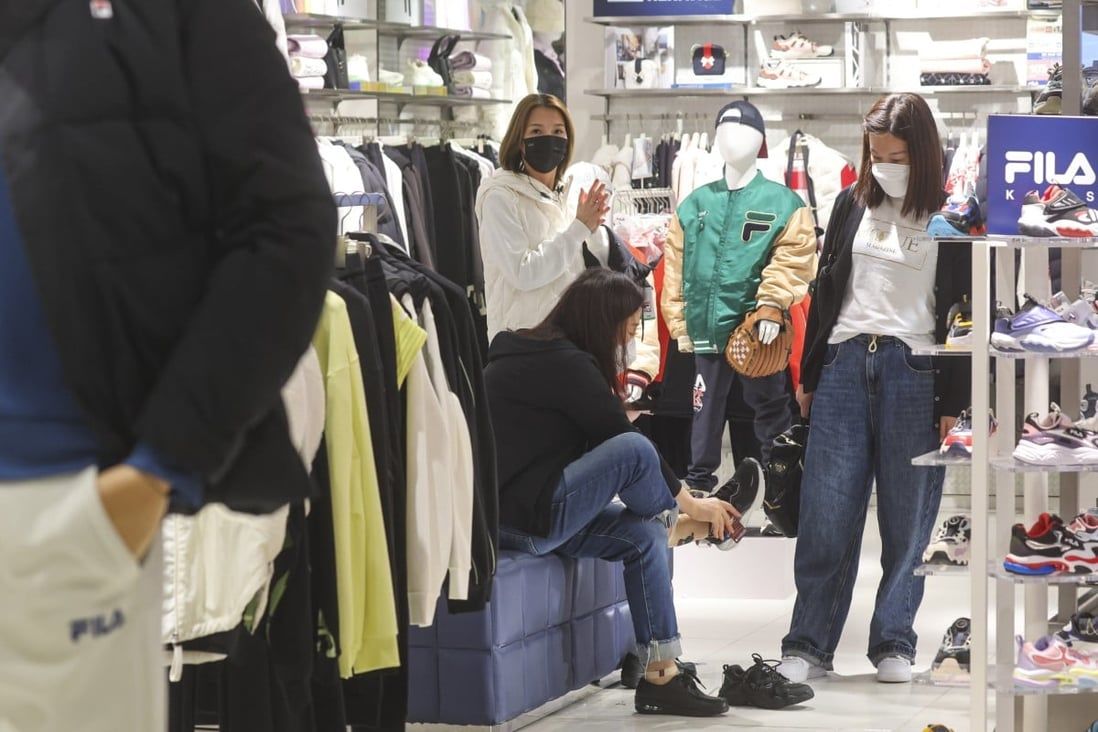 Hong Kong’s retail sales in September rose 0.2 per cent year on year, the second month in a row of little or no growth, with an industry expert saying it reflected the minimal impact of government consumption vouchers issued to residents in August.

Provisional figures released by the Census and Statistics Department on Tuesday also showed total retail sales for the first nine months declined 1.3 per cent compared with the same period in 2021.

September sales totalled HK$28.1 billion, down from HK$28.6 billion in August. Retail sales in August, the month when the first installment of the HK$5,000 in vouchers was disbursed, dropped 0.1 per cent year on year.

Online retail sales for September increased 27.5 per cent from the same month last year, reaching HK$2.9 billion, or 10.2 per cent of the total.

The value of electrical and consumer durable goods sales rose 14 per cent year on year, which a government spokesman said contributed to the latest increase.

“Looking ahead ... the generally stable local epidemic situation, improved labour market conditions and the consumption voucher scheme will continue to support consumption demand in the near term,” the spokesman said.

“However, tightened financial conditions will increasingly offset the positive effects.”

Some 6.3 million people, including new residents and arrivals from mainland China, are eligible for up to HK$10,000 under the consumption voucher scheme, which was designed to boost the coronavirus-battered economy. The scheme has cost the government HK$68.1 billion in total.

Authorities began handing out the second batch of HK$5,000 in August after the first round of the same amount was distributed in April. An installment of HK$2,000 was handed out that month, followed by a total of HK$3,000 in October.

Annie Tse Yau On-yee, chairwoman of the Hong Kong Retail Management Association, noted that the impact of the vouchers had been gradually declining even with the earlier disbursement in August, resulting in a flat performance in September.

She also said some residents could have saved their August vouchers to spend with the October ones, therefore contributing to September’s performance.

Tse said the rise of certain retail categories, such as electrical goods and consumer durable goods, was because of certain mobile phone models being released that month.

“Due to these special reasons, we can see certain categories rising. Overall speaking, it has offset some negative effects so that we come to a flat performance in September,” she told a press conference. “But overall sentiment is not promising.”

With more residents taking overseas trips since hotel quarantine was abolished under a “0+3” model last month, Tse said the local retail scene could be negatively affected with fewer people spending in the city.

Under the “0+3” model, arrivals are issued with an amber health code for three days, during which they need to undergo medical surveillance at home or in a hotel, are regularly tested and cannot enter places such as restaurants and bars.

She said she hoped the government would remove all surveillance measures so more tourists could return and boost the retail sector.

The latest retail sales figures came with Hong Kong mired in recession. The city’s economy shrank 4.5 per cent in the third quarter year on year, which the government attributed to weak external demand and disruptions to cross-boundary land cargo operations.

A recession is defined as a contraction of GDP for two or more successive quarters. The last time Hong Kong fell into recession was in 2020 during the initial phase of the pandemic.