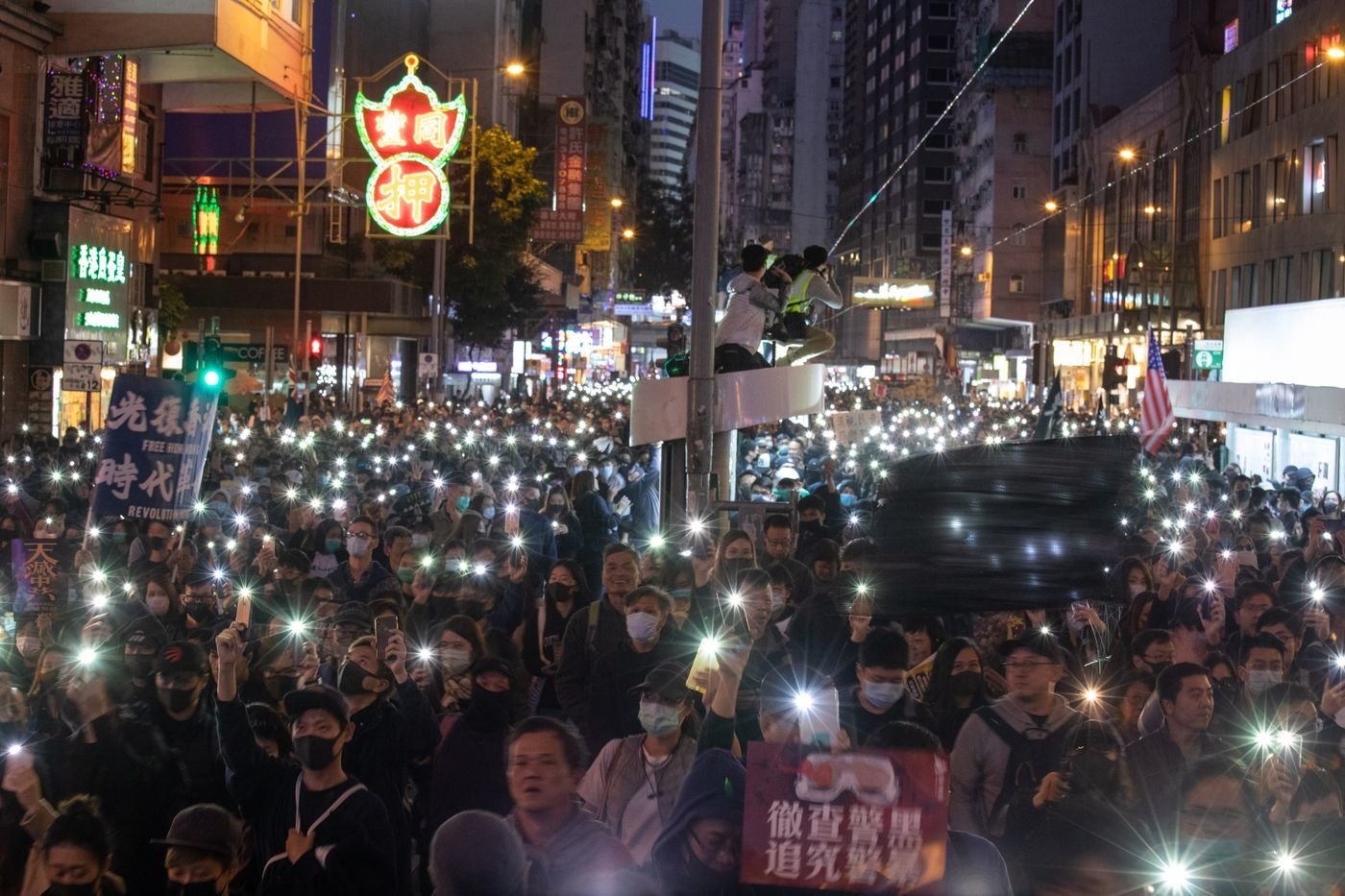 Residents of Hong Kong are hunting for homes all over the world as tense anti-government protests look set to drag into the new year. Real estate brokers have registered a surge in buyer interest. Australia, Canada among most popular destinations in the West.

Real estate brokers from Australia to Canada have seen a surge in interest over the past few weeks, with the desire to secure a safer future prompting many to look beyond the Asian financial hub.

Pro-democracy protests that erupted in June have crippled the city’s economy and caused huge inconvenience to people’s daily lives. The police have fired more than 16,000 rounds of tear gas over the past six months while black-clad protesters have vandalized transport facilities and pro-China shops.

Thousands of demonstrators swamped the central business district Monday opposing the arrest of four people connected to a group that helps the protest movement. Hong Kong has even canceled its traditional New Year’s Eve fireworks over security concerns, the latest popular event to be scrapped.

Fed up, some residents are planning a move elsewhere.

“I have to come up with a back-up plan,” said Cat Liu, a salesperson in her 40s who’s considering buying an apartment in Taiwan or Malaysia, partly because of the current political situation. “The situation hasn’t gotten any better. Both sides are standing firm and there’s no way to reach a compromise.”

Even though Asian destinations offer more affordable investment opportunities for the middle class in Hong Kong, the more affluent tend to opt for properties in the West. Australia is also an attractive choice.

“Buyer interest from Hong Kong has stepped up considerably compared to what we’ve seen in the past two years,” said CBRE Group Inc.’s Australia residential director, Colin Griffin. “Safety concerns for families due to the recent riots have been driving the increased interest, with Australia viewed as a safe haven.”

CBRE expects the high-end residential sector will be supported by overseas investors, particularly those from Hong Kong and mainland China.

To that end, it recently launched an offering called The Penthouse Collection, with a focus on luxury apartments in Sydney, Melbourne, Brisbane and the Gold Coast. The units will boast extras such as private lifts, wine cellars and rooftop pools, in addition to valet and concierge services.

CBRE in Australia plans to work with CBRE offices in Hong Kong and mainland China to target prospective purchasers. The properties average A$20 million ($13.8 million), with some costing upwards of A$30 million.

“These buyers are looking at trophy homes and are prepared to pay a premium in order to secure top-end properties,” Griffin said.

Generally through, most Hong Kongers are looking at the under A$2 million price point, he said. Around A$1 million will buy you a two-bedroom apartment that’s not too distant from a capital city’s center. Inquiries are increasingly from people wanting to live in the units, rather than use them as investment properties.

“Normally in Hong Kong we have people talking about yields and what rentals can be achieved,” Griffin said. “Now people are talking more about schooling, where their children can stay, how far properties are from transport and travel times to the city. They’re asking very different questions to what they’ve done over the past few years.”

Canada is another popular destination.

David Ho, a Vancouver-based senior vice president at CBRE, travels frequently to Asia, including Hong Kong and Macau, to meet with buyers as well as potential investors.

“They’re 35 to maybe 45, young families. A lot of people are just trying to learn about Canada and set up a conference call with immigration consultants, education consultants, mortgage brokers, accountants that give them a broad view of everything,” Ho said.

The larger number of inquiries hasn’t always translated into more transactions, however.

“While inquiries have gone up, the amount of transactions and the amount of people taking money offshore are at similar level” to this time last year, said Mark Elliott, Hong Kong-based head of international residential for Savills Plc.
Add Comment