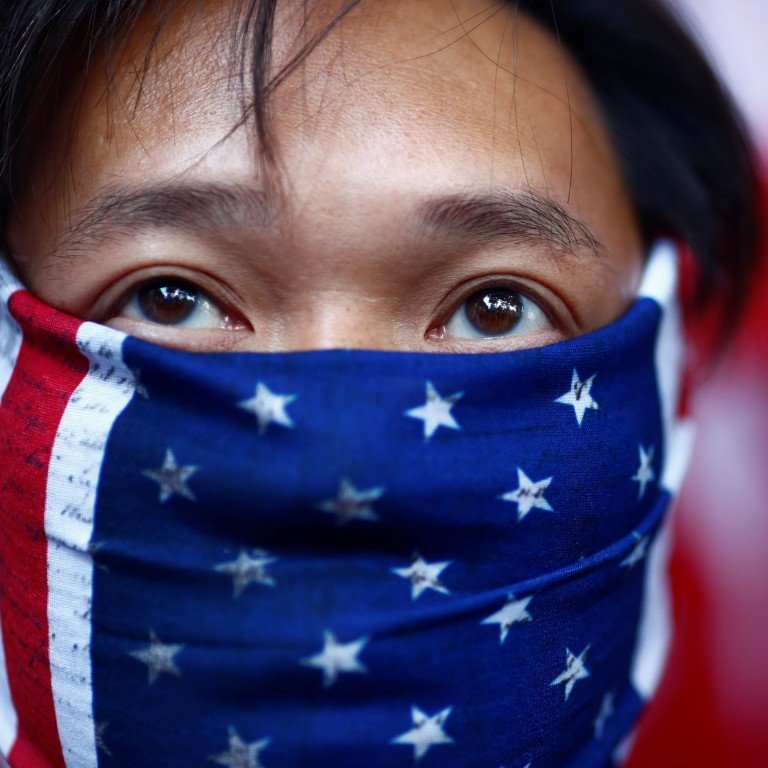 Hong Kong Residents Are Getting Political Asylum In The U.S.

Hong Kong residents are seeking - and being granted - asylum in the United States as the region's limited autonomy disappears under Chinese control.
Hong Kong was once a political safe haven for mainland Chinese residents, but now it's Hong Kongers who are seeking and being granted political asylum in the United States. But a new asylum rule proposed by the Trump administration could make that a lot harder, as NPR's Emily Feng reports.

EMILY FENG, BYLINE: Vicky Yajie Xiao is a 20-year-old Hong Kong college student on a student visa in the U.S. But last year, she dropped everything and impulsively flew to Hong Kong to take part in growing protests against a proposed extradition treaty with China.

VICKY YAJIE XIAO: At that time, my friend told me there is a big strike, so I decided to go back to Hong Kong and support them. Yeah, I took a dangerous decision.

FENG: Xiao was scared by what she saw at the strike in Hong Kong. She was tear-gassed and watched protesters get arrested and beaten. She also worried she was photographed by state security.

XIAO: During that day, I was participating in the demonstration. There was I think two or three drones around us. So I think my face ID is already recorded 'cause I didn't wear the mask.

FENG: Back in the U.S., Xiao also organized demonstrations in Los Angeles in support of the Hong Kong protests. And when protesters started to get arrested in Hong Kong, Xiao decided going back after her student visa expired would put her in danger. So now she's one of the first Hong Kongers to be applying for political asylum to stay in the U.S. Her attorney says two Hong Kong protesters were granted asylum just last month. Canada has also granted asylum to a Hong Kong couple after Beijing imposed a Hong Kong national security law in June criminalizing most types of dissent.

JAMES ZHENG: China can use this law to arrest anybody and to send them back to China for trial. So this will change the Hong Kong from a democratic cities to a - like a city in mainland China.

FENG: That's James Zheng, a former student activist during 1989's Tiananmen protests in China. He's now an immigration lawyer in California and represented the two asylum cases in the U.S. He predicts dozens more will follow.

ZHENG: I got calls from people in Hong Kong who are arrested several times, and then I got more than tens calls from people already in the U.S.A. Some of them are still waiting because they don't know if the America allowed asylum to Hong Kong people.

FENG: One big hitch, though - applying for political asylum requires you to already be physically in the U.S. on, say, a student or tourist visa, which is difficult to get now because of the pandemic. Hong Kongers could apply for refugee status outside the U.S. And a July executive order does call for more refugee spots to be given to Hong Kongers. But the Trump White House has slashed the overall number of refugees it will accept next year to just 15,000 people. By comparison, in 2016, the refugee cap was 85,000 people.

ALYSHA WELSH: There are very long lines, very long waits to be able to come here and get through that process.

FENG: So asylum is a faster option. But all asylum seekers, including those from Hong Kong, could find themselves ineligible in a few months because in June, the Trump administration proposed federal rule 36264, which, if implemented, would deny asylum if the applicant entered the U.S. via a third country.

WELSH: So if you're looking at someone from Hong Kong who's flying to the U.S. but maybe has a layover somewhere else first - they don't have a direct flight - that's going to impact asylum eligibility if this regulation becomes final.

FENG: And proposed federal rule 36264 would also tweak the definition of what merits political asylum.

WELSH: In order for you to be eligible for asylum based on your political opinion, you have to relate your claim specifically to advocating for the political control of your government - so, like, regime change.

FENG: Ironically, regime change is what Beijing accuses last year's Hong Kong protests of trying to achieve. But protesters and those fleeing from the national security law have been very clear they do not want independence from China. Protesters, including Xiao, the Hong Kong asylum seeker, just wanted police reform and the ability to vote for Hong Kong's executive.

XIAO: It's really depressed 'cause Hong Kong is where we live. It's our home.

FENG: Xiao is hoping to live in a democracy, but ideally, that would not require leaving home.
Add Comment