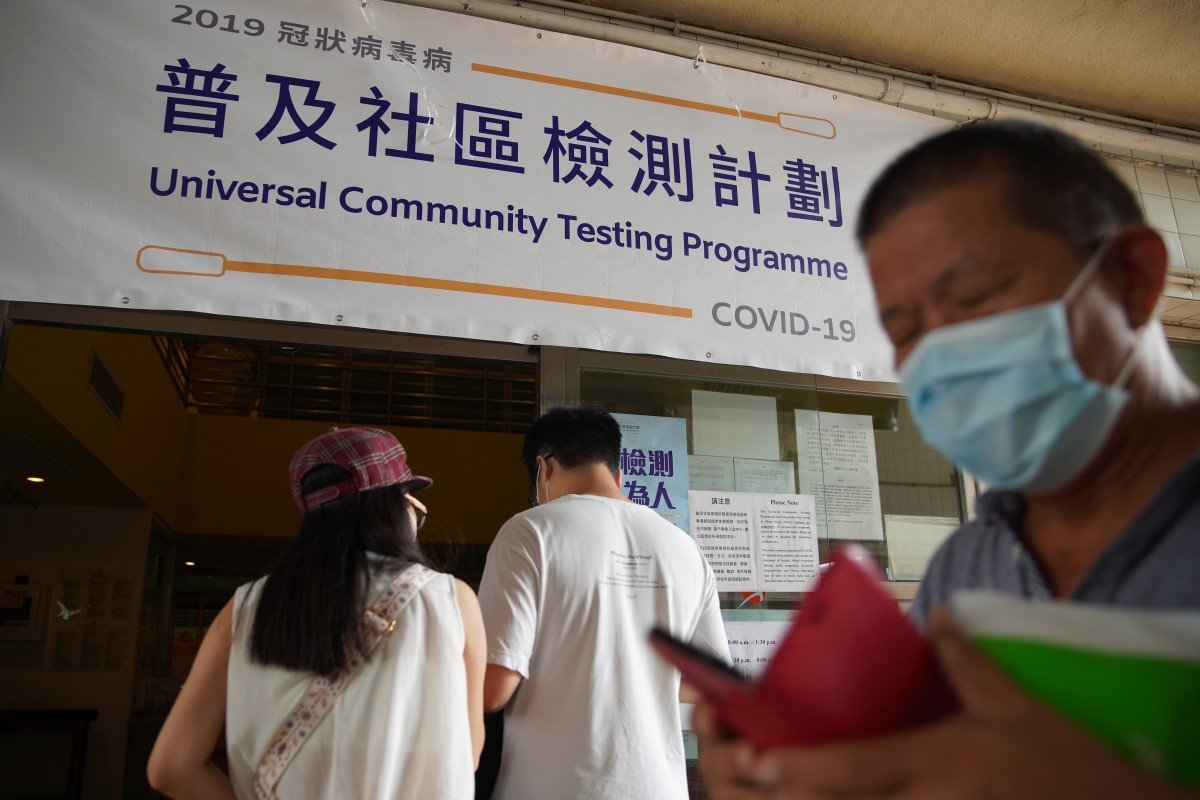 Two more positive Covid-19 cases – previously infected patients who were discharged at the end of August – were also identified through the programme. Health authorities believed they tested positive again because of a small amount of virus remaining in their bodies. The two cases would not be counted as new infections.

The daily count for the past two days has been the lowest since July 3, when the city recorded five infections.

The screening programme has identified a total of 19 new cases and six old ones so far.

“According to the world’s literature, we have some discharge criteria … if there’s a detection of antibodies which usually indicates a recovery,” Dr Chuang Shuk-kwan, head of the Centre for Health Protection’s communicable disease branch, told a daily press briefing on the coronavirus situation.

“Although we understand the virus may still be detected in the body for quite a while, it’s considered as not infectious.

“The risk of spreading [the virus] to others is very low. Of course, patients are still advised to observe personal hygiene, just like the general public.”

Wednesday’s new cases – including one imported from India – pushed the overall tally to 4,901, with 99 related fatalities.

That came as officials revealed that the mass testing programme would be extended until next week at 57 sample collection centres.

The 62-year-old identified through the programme lives at the Shan King Estate in Tuen Mun and has no symptoms. He was tested at Tai Hing Community Hall.

Asked whether the health department would test all of the residents in his block as there had also been an earlier infection there, Chuang said the practice of distributing specimen bottles was no longer carried out as the virus was now widespread in the community.

“It is not surprising that there is more than one case in the same building now,” she said. “People may have contact with many unknown cases when they take the lift or travel by public transport.

“Instead of bottles being distributed, the public can join the community testing or take sample bottles from a general outpatient clinic when necessary.”

Among the other new infections, two were family members of previously confirmed cases linked to an industrial building in Tai Wai where there has been a Covid-19 cluster. The other two were detected in quarantine facilities.

Chuang also said that about 5,000 inmates and correctional services staff had tested negative after mass screening was carried out in prisons. Earlier on Wednesday, two inmates were revealed as carrying the coronavirus, raising the risk of Covid-19 spreading through prisons.

In view of the infection trend stabilising, officials have allowed more social-distancing measures to be eased from Friday, including raising the cap on public gatherings to four people. But Chuang said she would not promote social gatherings from a public health perspective.

“It’s never safe to promote social gatherings during the pandemic, but life has to go on and we have to adopt the new normal, and try to maintain hygiene and practise social distancing as much as we can while carrying on our life,” she said.
#COVID-19  #Covid  #Coronavirus
Add Comment