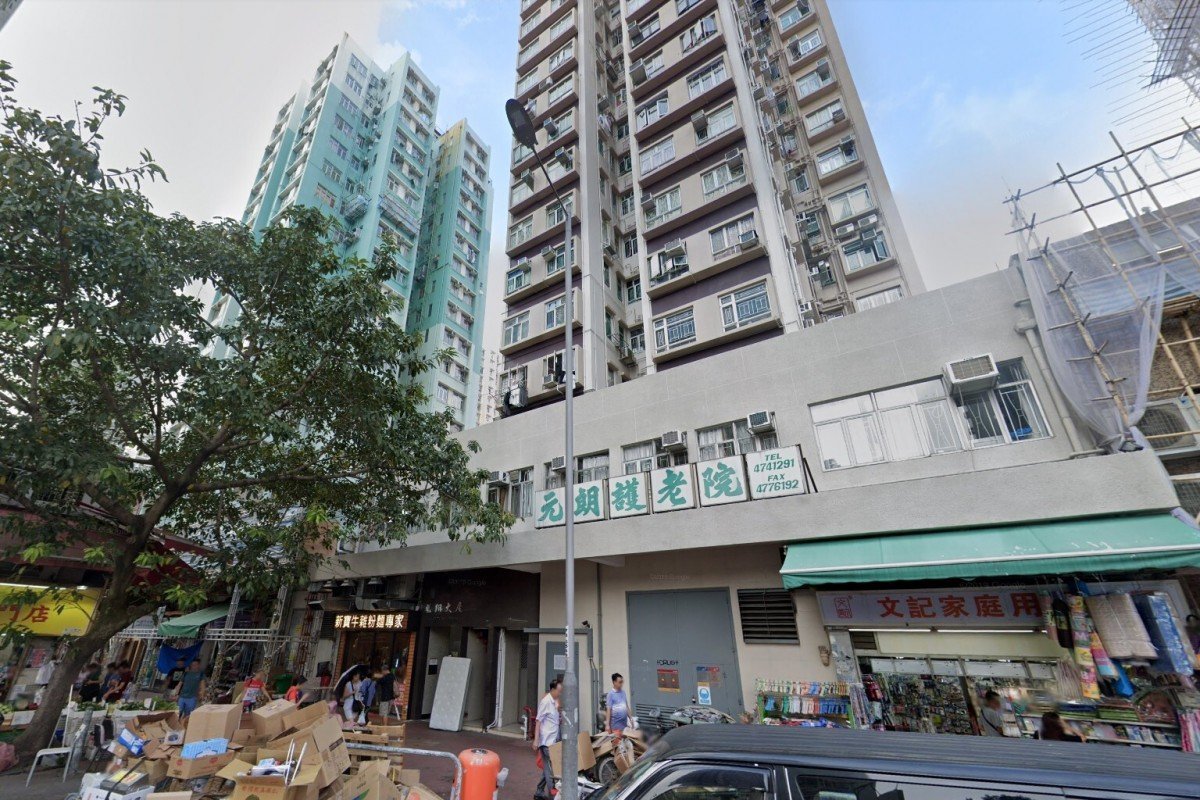 Hong Kong on Wednesday recorded eight new Covid-19 cases, including one locally transmitted infection at a care home for the elderly which sparked the evacuation of dozens of its residents.

Despite a downward trend in local infections – with just 11 cases in the past seven days – officials warned family visits at homes for the elderly were not advisable after a 71-year-old female resident tested positive for Covid-19 with the source untraceable.

“Different care homes will have their own visiting policies. In general, visits are not advised at this moment because of the situation in the community,” Undersecretary of Food and Health Dr Chui Tak-yi said. “Although the visiting guidelines are not law, the arrangement by different health care centres is a way to minimise the transmission risks.”

Health care workers in protective gear arrived at Yuen Long Home for the Elderly on Fung Cheung Road around 10pm on Tuesday to help escort residents into minibuses, after the woman tested positive.

The facility was the 18th care home for the elderly to be hit with a coronavirus outbreak.

Health authorities said the woman had only moved to the care home on September 21. Sixty-one residents of the home and 19 staff were sent to the community treatment facility at AsiaWorld-Expo, near the city’s airport, for quarantine. Four residents were sent to hospital.

There were no preliminary cases among these residents so far, according to Dr Chuang Shuk-kwan, head of communicable disease branch at the Centre for Health Protection.

“From previous experience, the disease can be very infectious especially in a home for the elderly, so we cannot exclude further cases coming from the home,” she said at a press briefing. “Usually the outbreaks are related to the community, if there are still unknown cases in the community, there will be a risk.”

The woman’s case was the only local one identified on Wednesday. The remaining seven were imported – three from Britain, two from the Philippines and one each from Russia and India – taking the city’s tally to 5,087, with 105 related deaths.

One of the imported cases involved a domestic helper from the Philippines. She tested negative twice after her arrival on September 8, and was only found to be positive after her new employer put her in a second hotel for extra quarantine and had her tested before she started working. The maid was found with antibodies in hospital.

Chui also reminded the public to stay vigilant while enjoying the long weekend celebrating the Mid-Autumn Festival. He also warned that under social-distancing policies, patrons in restaurants and bars could be fined HK$2,000 if they violated the rules including no more than four to a table.

“While we are relaxing these measures for catering businesses, we at the same time think the law should be written in more detail so customers will also follow these social-distancing measures,” he said.

“Sometimes it’s not the problem of the businesses, sometimes it’s the customers who prefer to gather in bigger groups and pull tables closer to the next table, or even sit more than four people per table.”

For care homes, following a government instruction from July that family members should not be allowed to visit residents, many people were hoping the guidelines would be relaxed on Thursday during the Mid-Autumn Festival.

Echoing Chui’s remarks, a Social Welfare Department spokesman said it had no plans to relax any visiting arrangements for homes for the elderly, including no visits unless there were special considerations. And even in these circumstances, preventive measures including temperature checks, mask wearing and suitable social distancing should be applied.

Kenneth Chan Chi-yuk, chairman of the Elderly Services Association of Hong Kong, agreed with the arrangements. “The outbreak at the Yuen Long home is a warning to us that we cannot lower our guard,” he said. 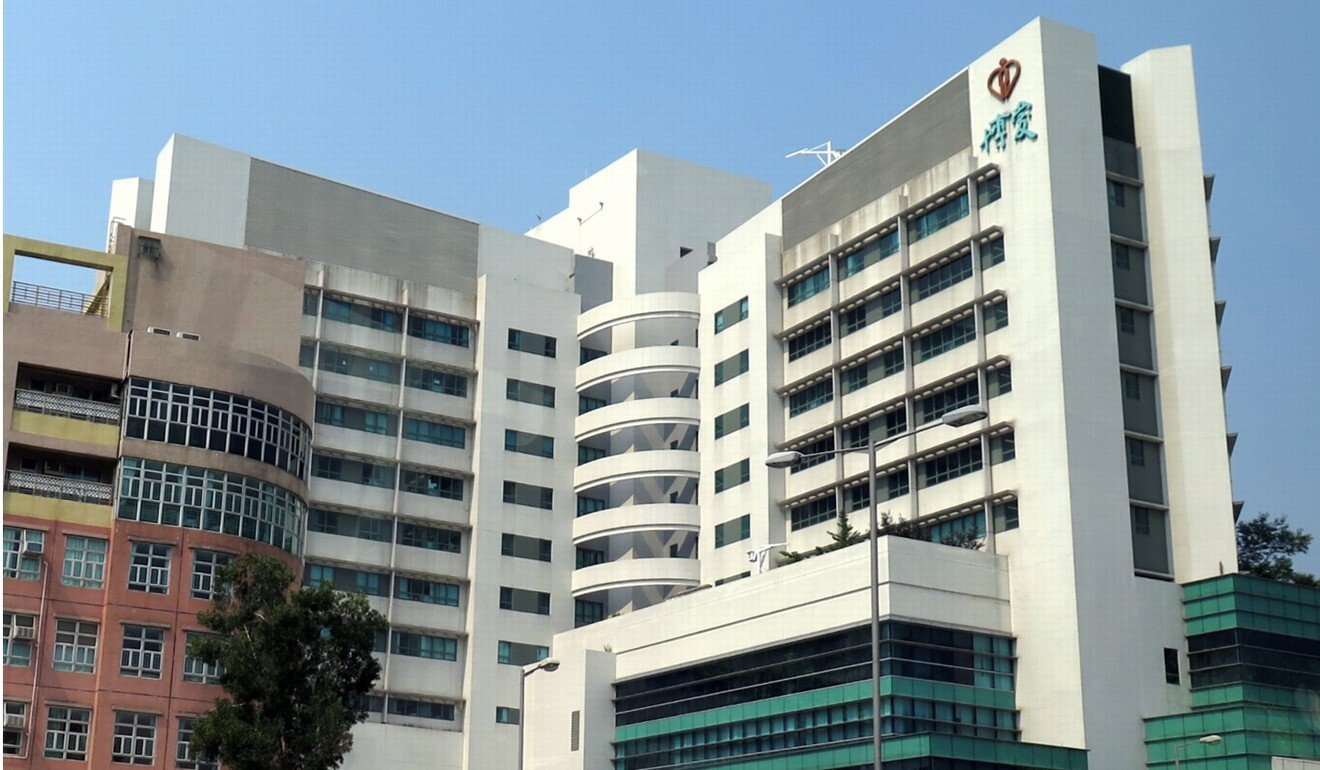 The infected woman was first admitted to Pok Oi Hospital in Yuen Long.

Chuang said the woman who tested positive had antibodies for the virus in her blood, showing she might have been infected before moving to the care home. She had previously lived with her family in Kwun Tong. Sample bottles would be sent to her home at Tsui Mei House in Kwun Tong and the building where the Yuen Long facility is located.

The woman was first admitted to Pok Oi Hospital in Yuen Long on Monday because of other illnesses before being transferred to Tuen Mun Hospital.

Chuang said the patient was diagnosed with Alzheimer’s disease and could not go out on her own, but during her stay, she could move around the care home freely and had not worn a mask. Given the care home was not spacious, with beds separated only by low partitions, the health department said all residents had to be quarantined.

Separately, revealing the results of a survey of 65 care homes conducted earlier this month, Chan said 55 per cent of respondents wanted the government to do coronavirus tests on residents and employees regularly.

“And those who are newly admitted to care homes should be tested before they are admitted,” he said.

Chan said that, as of April, there were about 6,000 job vacancies across the 765 care homes in the city.

Some carers had resigned over fears about catching Covid-19 and it had been a challenge to find people to fill the labour shortage, Chan said.

He suggested the government increase the quota of non-local carers that care homes could hire through the Supplementary Labour Scheme.

The association said more than 100 care home residents, as well as 33 carers and their family members, had been infected with the coronavirus. More than 80 of the infected residents lived in private care homes and the rest in government-subsidised ones.

Chan said many of the infected citizens lived in small private homes, which were usually more overcrowded so the coronavirus could spread much faster.

University of Hong Kong infectious diseases expert Professor Yuen Kwok-yung had earlier suggested that it would minimise the coronavirus spread if it went up to 8 square metres.

On this, Chan said some of the new care homes could already offer 8.5 to 9.5 square metres. Those which could not do so once the new requirements went into effect could have to shut.

He recommended implementing a strict monitoring system when visits were allowed again, including requiring visitors to make appointments and wear protective clothing before entering the facility.

Tsang also urged the government to investigate the outbreak at the Yuen Long care home as soon as possible.

“Outbreaks at care homes for the elderly may not be limited to one facility. Sometimes it can involve one to two care homes in succession because they’re linked. We have to wait and see if the situation gets worse,” he told a radio programme.

The third wave of mostly locally transmitted Covid-19 infections, which erupted in July, has taken a heavy toll on the elderly.