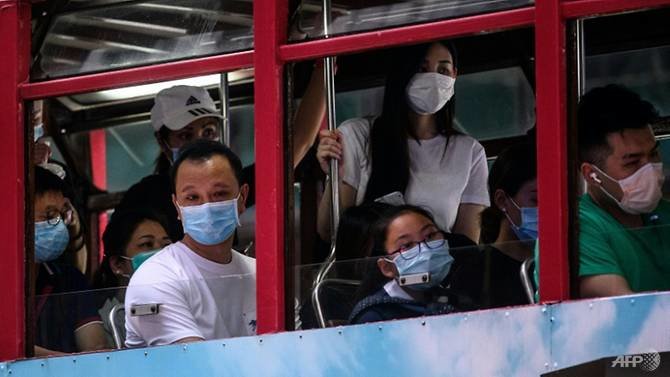 Hong Kong reported 62 new COVID-19 cases on Wednesday (Aug 12), as authorities cautioned that the global financial hub still faced a critical period to contain further transmissions of the virus and warned residents to stay vigilant at social distancing.
The city's hospital authority also confirmed on Wednesday that another four COVID-19 patients have died. The deceased, two men and two women, had chronic diseases and were aged between 78 and 93.

Since late January, around 4200 people have been infected in Hong Kong, 63 of whom have died. Wednesday's figure was up from Tuesday's 33 cases.

On Tuesday, Chinese state media reported that China's top legislature had decided to extend the mandate for the current group of Hong Kong lawmakers for a year from its expiry date of Sep 30.

The standing committee of China's National People's Congress supported the Hong Kong government's decision to postpone a Sep 6 election for the next Legislative Council for a year, calling it "necessary and appropriate".

"It not only maintains the constitutional and legal order of the HKSAR (Hong Kong), but also ensures the normal governance of the HKSAR Government and the normal operation of society," Hong Kong leader Carrie Lam said in a statement on Tuesday.

"It demonstrates once again the care and support of the Central Government."