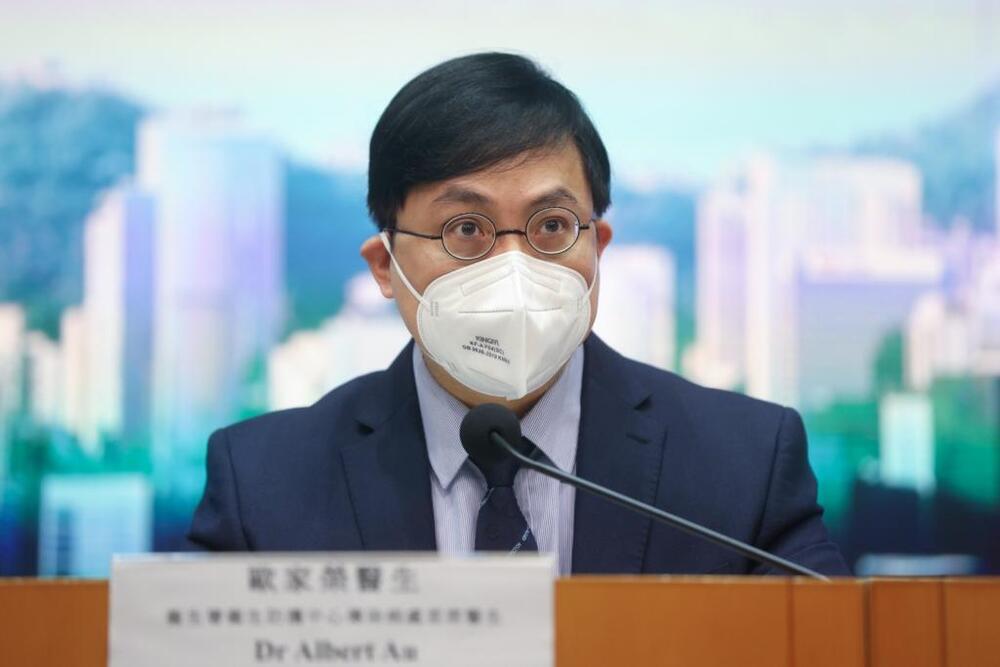 Hong Kong reported 613 new Covid cases on Monday, but health authorities are expecting a slight rebound after the Easter holiday.
Authorities reported 316 cases -- including 13 imported cases -- that were confirmed via PCR tests and another 297 from rapid antigen tests. It is the fourth straight day case numbers has dipped below 1,000.

"The previous two waves of the pandemic in Hong Kong recorded only some 100 cases per day at the peak," the Centre for Health Protection's principal medical and health officer Albert Au Ka-wing said. "The number of cases remains stable currently but still at a high level compared to previous outbreaks."

Au also expected that the virus situation might rebound slightly after the Easter holiday. He added that it was estimated the number will remain in triple digits in a short term, but it is hard to predict when it will fall to double digits.

Among the imported cases, 9 were detected at the airport, four of whom were from France and had arrived on Turkish Airlines TK083 via Istanbul. It was banned from landing for a week alongside a Malaysia Airlines flight from Kuala Lumpur, which saw more than three confirmed cases earlier.

The overall tally of the fifth wave of the pandemic outbreak has now exceeded 1.185 million.

Seventeen deaths, including nine men and eight women aged 50 to 97, were recorded in public hospitals yesterday. Among them, six were residents of elderly homes, ten had no vaccination record and 14 were elderly aged 65 or above.

Additionally, designated Covid clinics will reserve a certain number of consultation slots for infected primary and kindergarten students before schools resume on Tuesday. Families and designated caregivers can call clinics' hotline to schedule a doctor's appointment.

The HA will also reach out to parents and caregivers to provide support via phone calls, while nurses will assess students' health and refer patients in need to remote telemedicine services stations.
#Covid
Add Comment