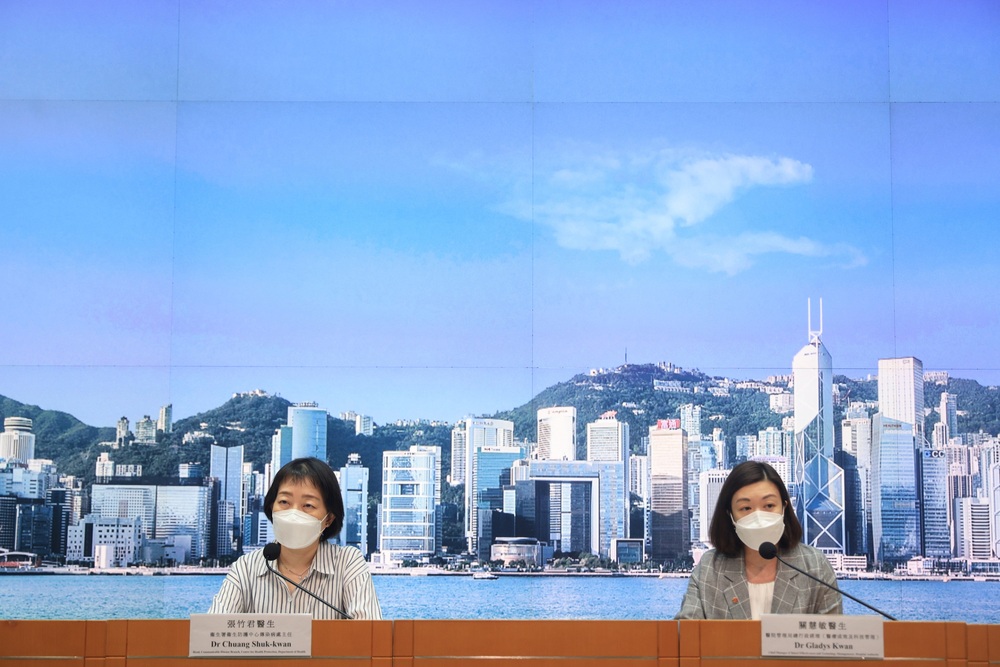 The scientific committees will convene a meeting next Monday to discuss administering the vaccine to toddlers under three, health authorities said after reporting 4,683 new Covid-19 cases on Saturday.
Among the new cases, 4,490 were locally transmitted while the other 193 were imported cases, Chuang Shuk-kwan from the Centre for Health Protection said.

Seventy-eight imported cases were detected at the airport, 94 in quarantine hotels, and 21 in local communities after the returnees finished the seven-day isolation.

Three diseased female patients, aged 65 to 88, were logged by public hospitals. They had Parkinson's disease, high blood pressure, and breast cancer. Another death was recorded by the forensics, involving a 94-year-old man.

The old man had no contact with any Covid patient and saw his RAT result returned positive at home. His condition slightly improved after taking antipyretic, but he later passed out at home and died eventually.

Kwan added the infected 22-month-old baby mentioned before is still in critical condition, and her situation is closely monitored in the Eastern Hospital.

Chuang then appealed to citizens to get vaccinated as soon as possible, adding that it is essential to prevent severe symptoms or even death. She pointed out that people close to babies that can yet to receive vaccination should all have gotten their shots already.

She continued that the scientific committees will convene a meeting next Monday and lowering the age threshold for vaccination to below three is on their agenda.

Health authorities are also probing Covid clusters in hospitals. A 94-year-old man in Princess Margaret Hospital was infected, and later a 65-year-old man also tested positive. Three patients in the same ward and a student nurse were listed as close contacts.

In Kwai Chug Hospital, a worker tested positive, and later three female patients contracted the coronavirus. Two other patients staying in the same ward were listed as close contacts, and that ward had stopped accepting new patients already.

Public hospitals and treatment facilities are now housing 1,456 Covid patients. Among them, 17 are in critical condition, 22 are in serious condition, and nine are in hospital intensive care units. In the past 24 hours, 139 patients have recovered from Covid, and 132 of them have been discharged.
#Coronavirus  #COVID-19  #vaccine  #Covid
Add Comment