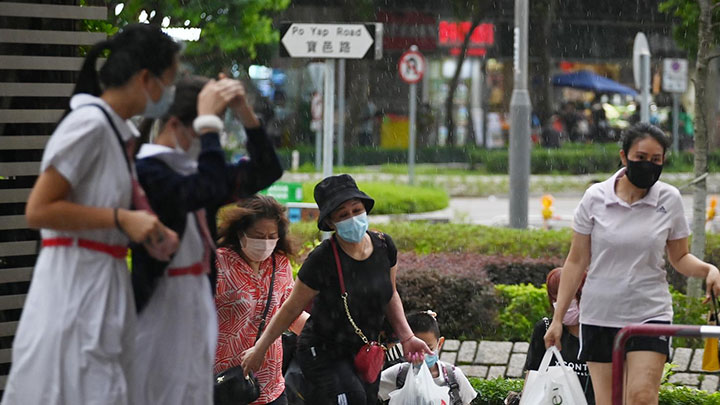 Hong Kong health authorities called for the vaccination of the elderly and children to reduce death and serious illness after reporting 4,376 new Covid-19 cases on Thursday.
Among the new cases, 4,180 were locally transmitted while the other 196 were imported cases, Chuang Shuk-kwan from the Centre for Health Protection said.

Chuang said the overall mortality rate for people who received three jabs was 0.04 percent, while it could reach 2.88 percent for the unvaccinated, a difference of 70 times.

The number of deaths over 80 years old has been more than 6,600, whereas the death rate for triple-jabbed was 1.03 percent, double-jabbed and single-jabbed was 3.58 percent and 6.77 percent, respectively. But the mortality rate for unvaxxed elderly aged above 80 was 16.12 percent.

Kwan said there have recently been more than 200 new confirmed patients being admitted to hospitals per day, a significant increase compared to a few weeks ago. Half of the new admissions today were over 60 years old, and another 20 were young children under 3 years old.

She stressed that both groups have a considerable risk of serious illness and death after infection and urged them to get vaccinated as soon as possible. Hong Kong Children's Hospital will offer the Sinovac vaccine for children starting next Monday, and appointments can be made from Friday.

The center was informed of 287 positive cases from 231 schools, including 230 students and 57 teachers and staffers. Three schools have classes to be suspended for a week after students caught Covid. Five elderly homes and another care center for the disabled also reported new infections.

Public hospitals and treatment facilities are now housing 1,542 Covid patients. Among them, 21 are in critical condition, 27 are in serious condition, and seven are in hospital intensive care units. In the past 24 hours, 182 patients have recovered from Covid, and 165 of them have been discharged.
#COVID-19  #vaccine  #Covid
Add Comment