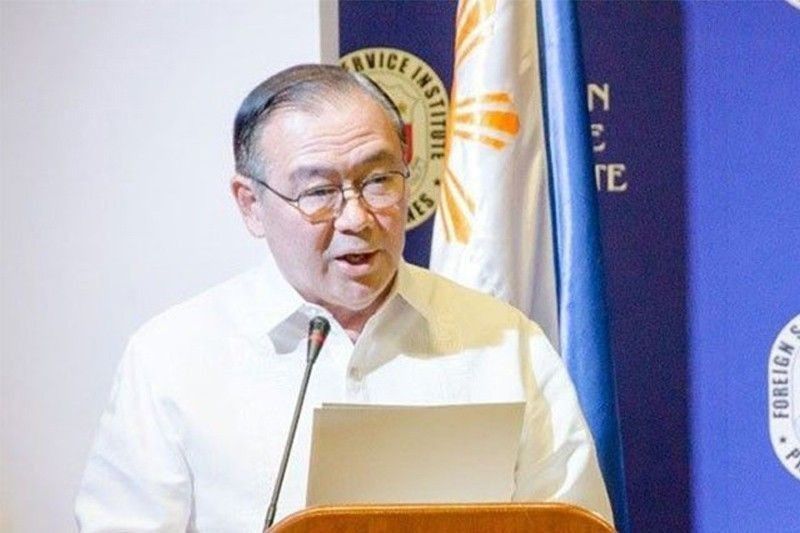 “Our vaccination cards are not accepted in Hong Kong because they are not connected to a single source. Poor OFWs going to their jobs in Hong Kong even if jabbed,” Locsin posted on Twitter, referring to overseas Filipino workers.

A South China Morning Post report said an employment agencies’ group announced that the Philippines proposed, during a meeting last week, using a COVID-19 vaccination certificate recognized by the World Health Organization (WHO) for the Hong Kong government to allow foreign domestic helpers to work in the city.

The report said domestic helpers from Indonesia and the Philippines, previously barred from entering the city because both countries were listed in the highest-risk category, would be able to return if they had been vaccinated in Hong Kong. All of them will be quarantined for 21 days upon entry in one or two specified hotels.

The Philippine government is seeking clarification from Hong Kong on the number of quarantine days required for a fully vaccinated OFW to go through.

Hong Kong officials and the two consulates started talks for a system to recognize inoculation records of helpers vaccinated in Indonesia and the Philippines.

The Department of Labor and Employment (DOLE) earlier said 3,000 OFWs are set to leave when Hong Kong lifts the travel ban on the Philippines.

Reacting to the development, presidential spokesman Harry Roque said yesterday that the Philippine government is working on coming up with a uniform and internationally acceptable COVID-19 vaccination card to allow easier entry of Filipinos in other countries.

“It’s sad news, but all over the world we are finding ways and means now so that we can have a basis to identify our vaccination cards. It’s not just a problem of the Philippines, it’s a problem of the whole world,” Roque said at a press briefing.

The official said WHO may initiate the move to have a uniform vaccination card globally.

Roque cited the Yellow Book being issued by the Bureau of Quarantine for South Africa-bound Filipinos.

“When I went to South Africa, that (Yellow Book) is where my mandatory vaccination for (yellow fever) was recorded,” said Roque.

A yellow fever vaccine, with a validity of 10 years, is given to travelers to Africa and South America.

An International Certificate of Vaccination or ICV shall be issued after administration of the vaccination, according to the Bureau of Quarantine website.

“Maybe we can bring our vaccination cards to the Bureau of Quarantine to get a Yellow Card,” he said.

Roque said the International Air Transport Association is also finding ways to address this problem of not having a standard vaccination card.

“All I can say is the government is coordinating with the international community. We are looking at the use of Yellow Card of the Bureau of Quarantine or the WHO leading the initiative to have a uniform acceptance of vaccination cards,” he said.

About 9,000 returning OFWs are still under quarantine in various hotels and facilities, according to DOLE.

Labor Secretary Silvestre Bello III reported that aside from the 9,000, over 641,717 OFWs who have been affected by the pandemic have been transported to their home provinces.

“We shortened the quarantine period for our OFWs to give them a chance to spend more time with their families,” Bello said at a virtual briefing Monday.

Bello said all returning OFWs are required to undergo a 10-day quarantine in a government-approved hotel or other facility upon arrival, with RT-PCR testing to be taken on the seventh day.