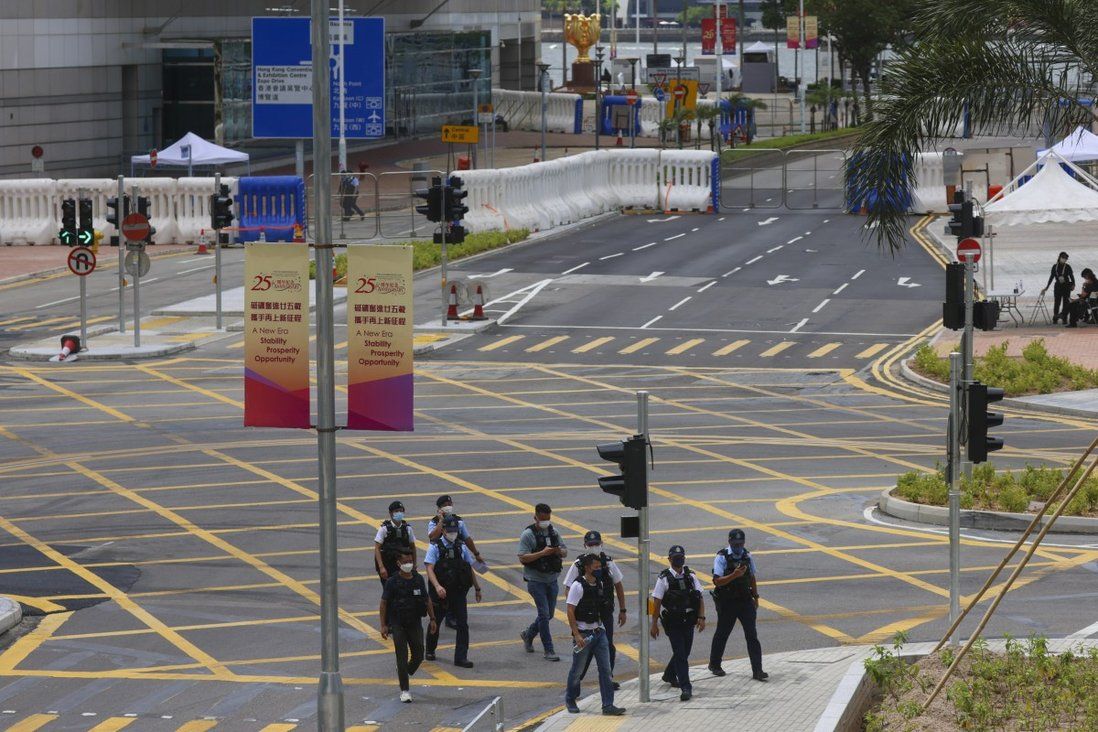 Nearly 3,000 VIP guests and employees have entered quarantine at hotels, while police have thrown security blanket around key locations for celebrations.
Hong Kong has pulled out all the stops for a smooth and secure visit by Chinese President Xi Jinping on Thursday, his first outside mainland China since the start of the coronavirus pandemic, in which he is expected to lay down the direction of Beijing’s “one country, two systems” governing formula for the city.

Sources also revealed on Wednesday that first lady Peng Liyuan would accompany Xi during his two-day visit to mark the 25th anniversary of the city’s handover to Chinese rule and oversee the transition to the new government led by John Lee Ka-chiu on Friday.

Police have thrown a security blanket around the downtown areas where the couple are expected to visit and the main events for the anniversary will be held. But the weather could force some last-minute changes to plans, after the Observatory issued the No 1 typhoon warning signal on Wednesday night.
#Coronavirus
Add Comment