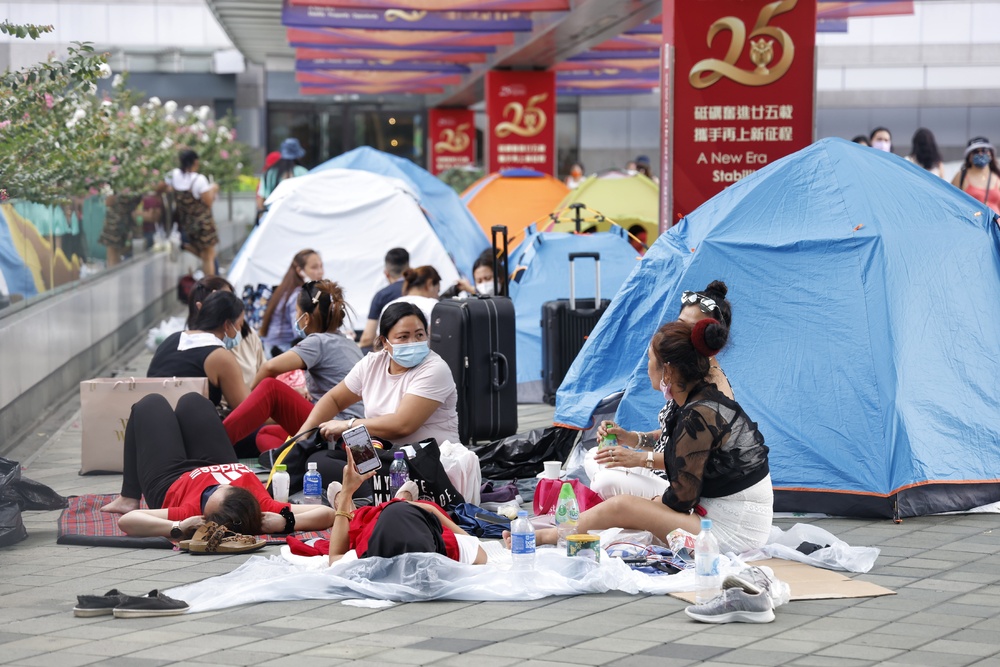 Hong Kong on Friday raised the minimum allowable wage of foreign domestic helpers by HK$100 to HK4,730 per month, marking a 2.2 percent pay hike.
In addition, under the Standard Employment Contract for hiring helpers, employers are required to provide helpers with food free of charge.

The new minimum wage and food allowance levels will apply to all foreign domestic helper contracts signed on or after tomorrow (Oct 1), according to a government statement.

“The government reviews the minimum wage for foreign domestic helpers regularly. In accordance with the established practice, we have carefully considered Hong Kong’s general economic and labor market conditions over the past year, as well as Hong Kong’s near-term economic outlook,” a spokesman said.

“Taking into account the above, affordability for employers and the livelihood of foreign domestic helpers, the government has decided to adjust the minimum wage level,” he added.

Contracts signed today (Sep 30) or before at the existing minimum wage of HK$4,630 per month and with a food allowance of not less than HK$1,173 per month will still be processed by the Immigration Department, provided that the applications reach the department on or before October 28.

This arrangement will give employers sufficient time to send the signed contracts to the ImmD to complete the necessary application procedures, the statement read.
Add Comment