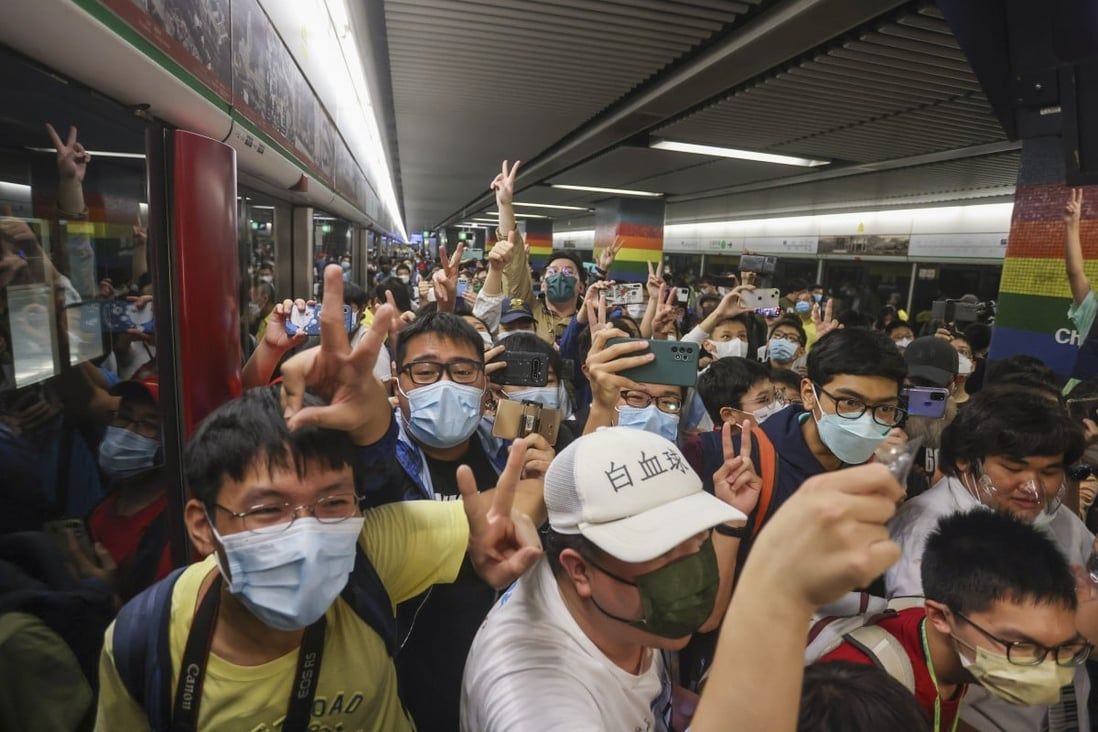 Hundreds of Hong Kong railway fans and passengers dashed on Sunday to be the first riders on newly acquired trains made in mainland China, which will replace an almost four-decade-old first-generation model in the future.

Arriving at Choi Hung station at around 9am on Sunday, hundreds of diehard railway fans cheered for the new Q-train, wearing costumes and carrying props, including models of the carriage and home-made posters in hand.

They rushed into carriages to take photos and videos once the train doors opened.

“I came here at 7am to get ready for the maiden ride of Q-Train … [I am] very happy and excited,” one fan surnamed Choi said. 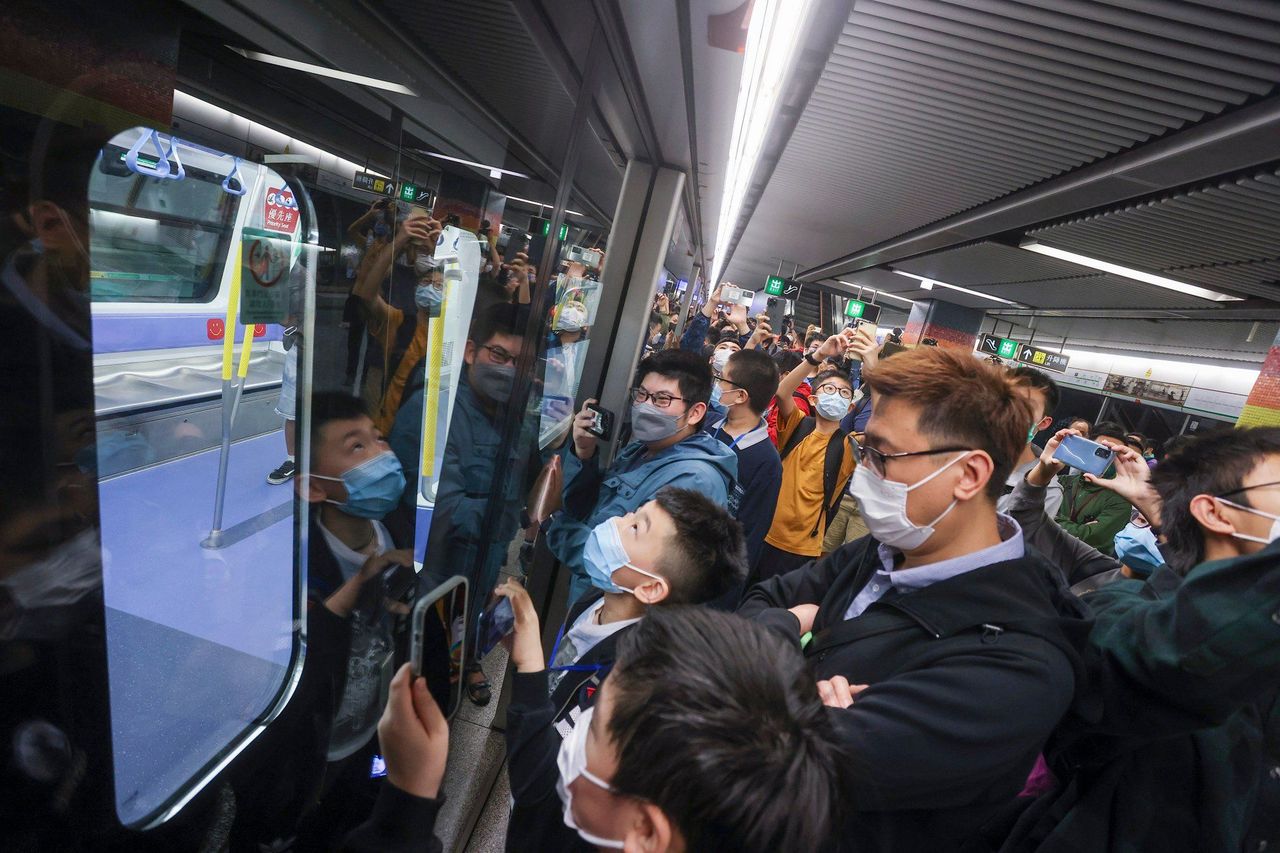 Elvis Leung, a 17-year-old railway fan, was lucky enough to get onto the final new train of the day at Wong Tai Sin station as he rushed from Yuen Long after class in the morning.

“When I arrived at the platform, the train had just arrived. I am super excited,” Leung said. “The new train is brighter and more spacious, but the old train carries Hong Kong’s memory.

“Although I was born after the 2000s, I can still feel that the memory of Hong Kong will disappear along with the retirement of the old trains.” 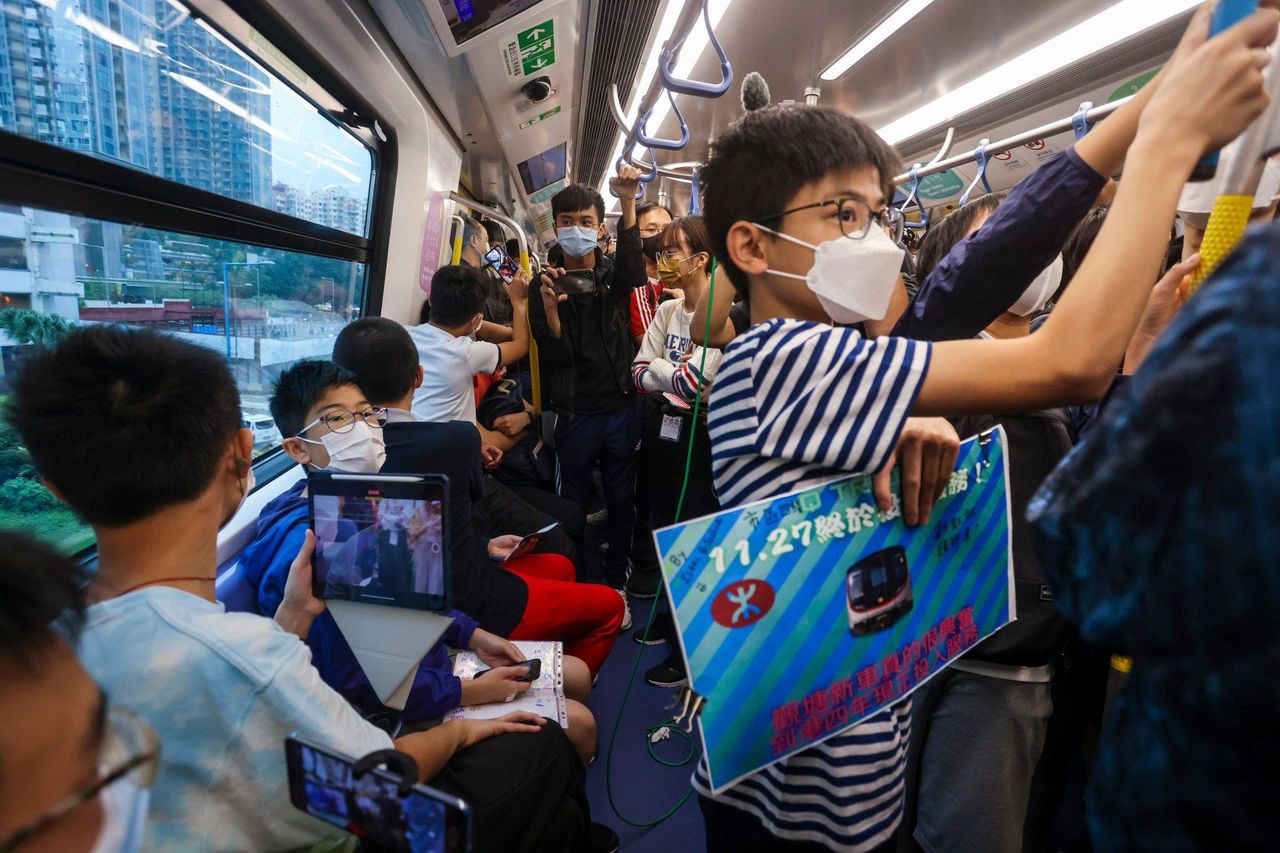 The MTR Corp has said it plans to replace the 13 first-generation trains now about 40 years old running on the Kwun Tong line by next year.

The MTR Corporation purchased 93 eight-car trains made on the mainland to replace all of the first-generation, British-made vehicles operating on the Kwun Tong, Tsuen Wan, Island and Tseung Kwan O lines.

The MTR Corp last Tuesday said it planned to replace the 13 first-generation trains now about 40 years old running on the Kwun Tong line by next year.

Despite enjoying the atmosphere and history of the old trains, Isaac Presley, 14, said the new ones reduced noise to a greater extent.

“[The old trains] get really noisy which bothers me slightly, but I have no problem with noise on Q-trains,” he said.

Q-trains are equipped with ergonomic seats, wider doorways, double-branched poles for passengers and more straps. LED lighting has also been used to make train compartments brighter, while “smart servers” have been installed to allow real-time remote monitoring of critical components during operation.

A passenger surnamed Li in his 60s, who brought his seven-year-old grandson for the ride, said he appreciated the new seats the most.

“Seats are wider in the new train,” Li said. “My back feels more comfortable. They are also more spacious and they can accommodate a few adults.”

Another passenger, who only gave her name as Michelle, said the new train had more straps, so passengers did not need to struggle for them any more.