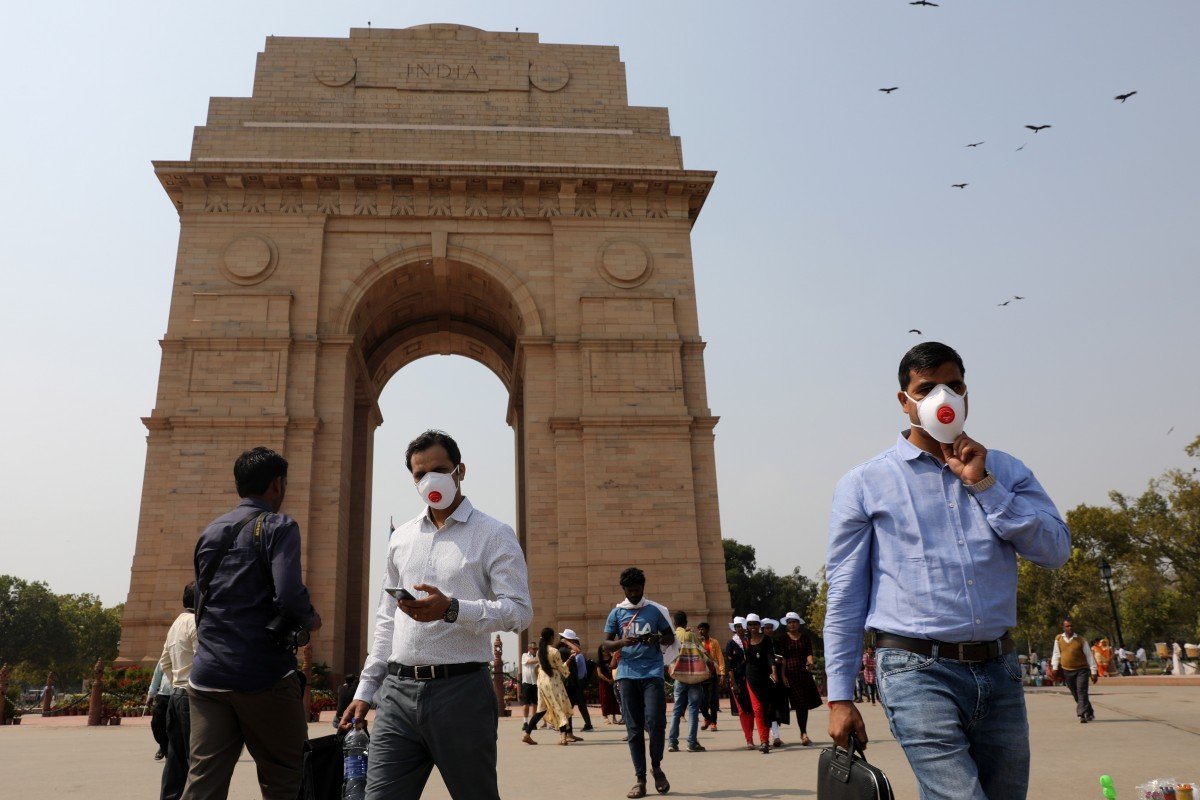 Coronavirus: Hong Kong races to find close contacts of confirmed patient who had visited at least 12 locations in the city on her return from India

Authorities believe the woman, who did not have all the telltale symptoms of the virus, was infected in India. The 69-year-old visited several places on her return to Hong Kong, which still has 104 confirmed Covid-19 cases after no new ones emerged on Thursday

Health authorities are trying to track down the close contacts of a 69-year-old woman who was diagnosed with the coronavirus in Hong Kong after visiting at least 12 separate locations in the city on her return from India.

The woman was in areas including Wan Chai, Sheung Wan, Causeway Bay and Kowloon Tong after boarding a Cathay Pacific flight on February 24 from the South Asian country, where she was believed to have caught the virus, a daily press conference revealed on Thursday.

The total number of confirmed cases in Hong Kong remained at 104, with a probable diagnosis announced earlier on, after no new infections were officially recorded on Thursday. Three more of the infected have been discharged, bringing the total number of recovered patients to 46.

Dr Chuang Shuk-kwan, head of the communicable disease branch of the Centre for Health Protection, said the woman, who was confirmed as infected on Wednesday, was in Mumbai with a group of 20 other people between January 31 to February 24.

“We hope to identify all 20 of those people,” Chuang said. “Some might be close contacts, as there could be a high chance of lots of contact during the trip.”

Chuang said it was likely the woman was infected in India, adding she had diarrhoea on February 23 when still in the country. She was later found to also have a fever when visiting doctors on her return to Hong Kong.

“This is unlike the respiratory symptoms we usually see [in other Covid-19 patients]. That probably explained why she had stayed in the community for a while before she was diagnosed,” Chuang said.

Apart from tracking the 20 other people, some of whom were not in Hong Kong, the authorities would also need to identify those who might have had close contact with the woman on Cathay Pacific flight CX694, which she travelled on from New Delhi to Hong Kong on February 24. On landing, she rode the MTR from the airport to Central and then took a taxi home.

The woman had been to at least 11 places in Hong Kong before she went to Violet Peel General Outpatient Clinic, where her deep-throat saliva was collected and later confirmed as carrying the virus.

Those places she had visited included a supermarket in Causeway Bay, a market on Smithfield, a congee shop in Johnston Road, Wan Chai, and the clinic of a Chinese medicine practitioner in Sheung Wan.

She had also visited a wedding banquet in Kowloon Tong on March 1, where people dined together on 10 tables. The woman, who was not feeling well during the event, wore a mask and did not stay long.

Chuang said the bride had already contacted the Centre for Health Protection. The Chinese medicine practitioner who saw the patient also reported feeling unwell with a headache, and was sent to hospital.

Meanwhile, the authorities are still trying to trace the source of infection in Fook Wai Ching She, a Buddhist worship hall in North Point linked to at least 18 confirmed Covid-19 cases.

She said seven monks, some of whom had been to the mainland, conducted prayer and scripture rituals there on February 5 and 6.

One of them reported having a headache and was sent to hospital, but eventually tested negative. The others had already left the city and were still being tracked down.

Separately, Dr Linda Yu Wai-ling, a chief manager at the Hospital Authority, said its ethics committee for clinical trials had this week approved the running of tests for a drug against the coronavirus in public hospitals.

If the Department of Health also gave its approval, the drug would be tested in Queen Mary Hospital, Princess Margaret Hospital and Prince of Wales Hospital.

Yu said the drug would be tested separately on patients depending on the severity of their symptoms.