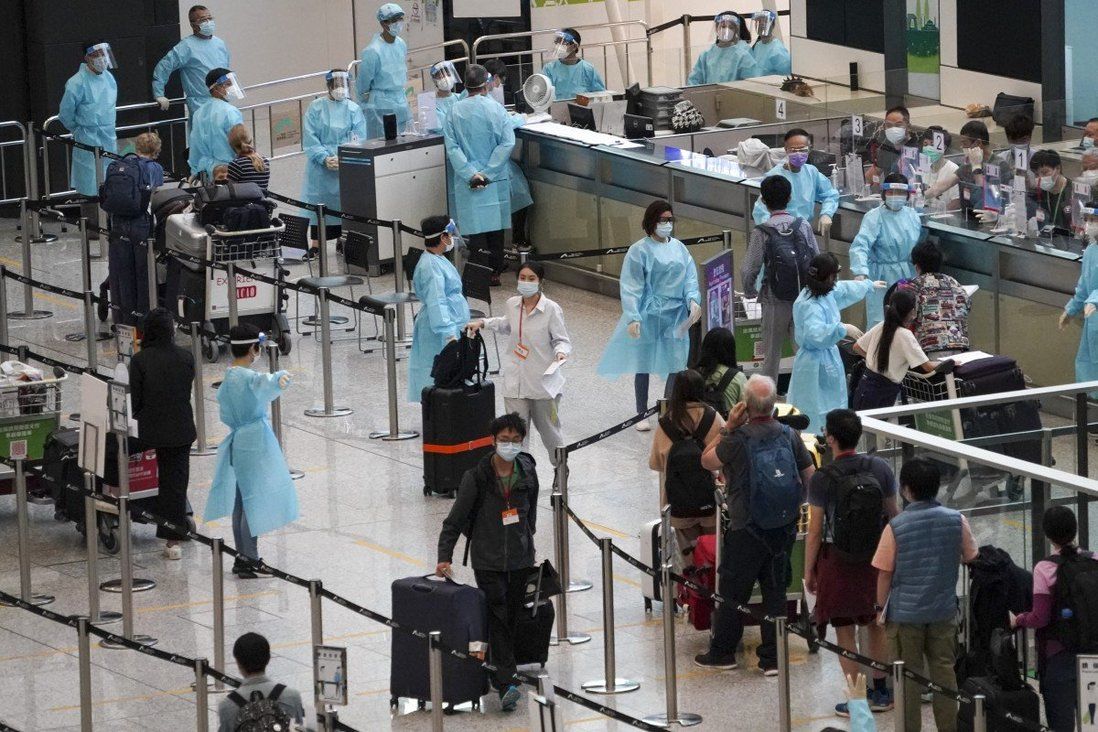 The return of more stringent travel restrictions in Hong Kong is likely to weigh on the city’s battered hotels sector, which is likely to record among the slowest recoveries in Asia, analysts said.

The return of more stringent travel restrictions in Hong Kong is likely to weigh on the city’s battered hotels sector, which is expected to record among the slowest recoveries in Asia, analysts said.

In a U-turn on Monday, the Hong Kong government ended what could be the world’s shortest relaxation of quarantine rules and put the United States and 14 other countries in a high-risk category for Covid-19. Arrivals from these countries will now be required to undergo a 21-day quarantine, rising from the seven-day period that was required just a week ago. The rules were tightened following the detection of the more infectious Delta variant in a 38-year-old woman who arrived from the US and underwent a seven-day quarantine.

“For sure, the tightening of travel restrictions hurts the hotel industry. However, the most important thing for now is to defend public health,” said Michael Li, executive director of The Federation of Hong Kong Hotel Owners, which has more than 90 member hotels in the city.

A 21-day stay at a designated hotel, among the world’s toughest and longest quarantine requirements, has effectively discouraged non-essential trips and further limited the number of guests who needed a room. These restrictions kept more than half the hotel rooms in the city empty last year, according to government data. The brief relaxation last week offered some hope to the beleaguered hotels. Now, with quarantine measures tightened once again, it’s essentially back to zero for many hotels.

The city’s borders have been largely shut since early 2020, when it reported its first Covid-19 case, barring tourists and visitors from coming. Hotels have been left to rely solely on the local market to fill rooms and restaurants. The latest setback could potentially convince more hotel owners to consider converting properties for uses such as serviced flats and residential buildings. 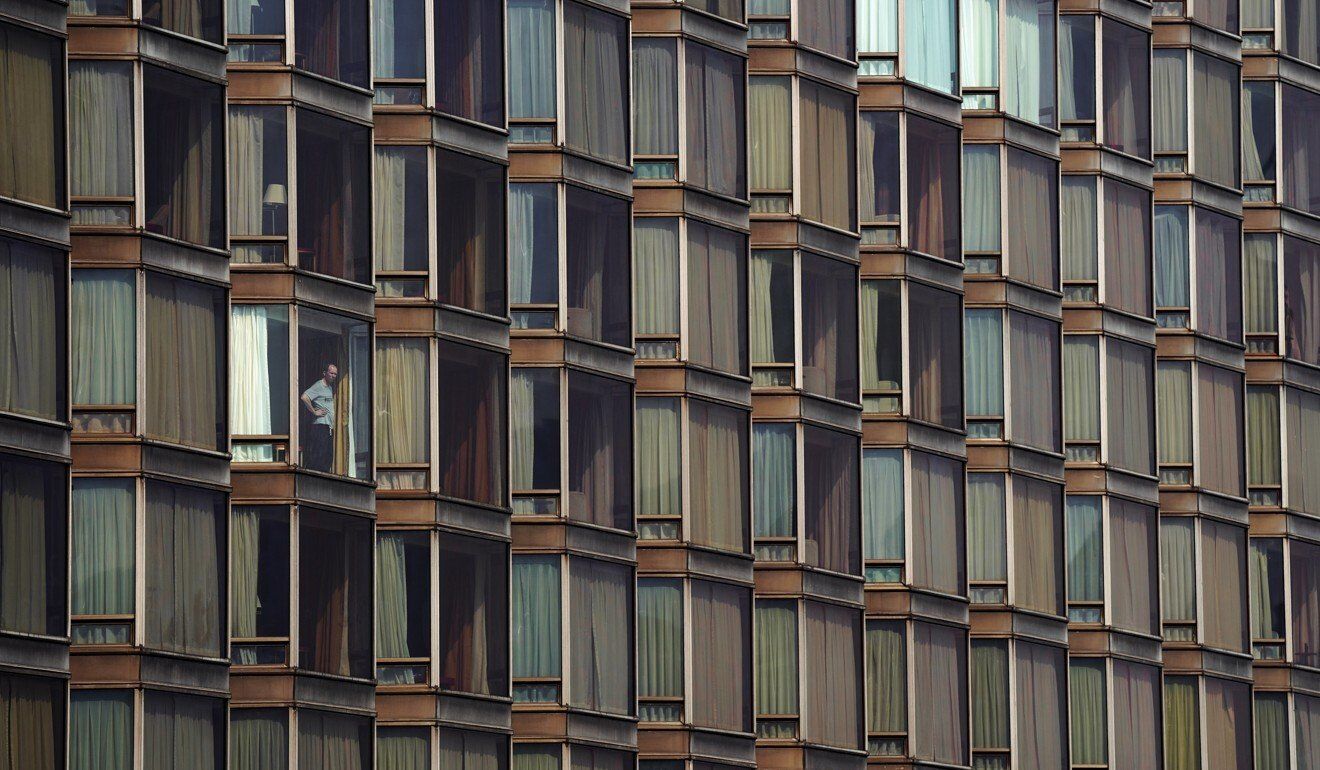 A hotel in Hong Kong’s Tsim Sha Tsui East district. The city’s borders have been largely shut since early 2020, barring tourists and visitors from coming.

The likes of CK Asset Holdings, one of the flagship companies of Hong Kong’s wealthiest family, is planning to convert as much as 15 per cent of its hotels portfolio for housing. Its Harbour Plaza Resort City in Tin Shui Wai is likely to yield 5,000 flats, while Horizon Suites in Ma On Shan could generate up to 758 flats, the company said. CSI Properties and Gaw Capital Partners have also secured the go-ahead to redevelop Novotel Nathan Road Kowloon Hotel into a residential and commercial building comprising 285 units.

“We see the Hong Kong hotel market’s recovery falling behind that of Macau, Singapore and Taiwan,” said Govinda Singh, executive director, valuation and advisory services, Asia at Colliers. “Key reasons why [these markets] are likely to recover faster than Hong Kong include higher vaccination rates and the governments’ willingness to reopen their borders unilaterally with many of their source markets.”

The city’s low vaccination rates are also likely to pose more challenges to the segment, as residents’ refusal to get the jab against the coronavirus impedes reaching herd immunity, a prerequisite for the full reopening of Hong Kong’s economy. Since the roll out of vaccines in February, just a little over 40 per cent of the city’s eligible population had been inoculated as of Monday, still some way off the 70 per cent needed for herd immunity.

“A full recovery to pre-pandemic levels will require the lifting of travel restrictions and quarantine requirements in both Hong Kong and key source markets, particularly mainland China. The general consensus in the industry is that we should wait until 2023 to 2024 for a full recovery,” said Corey Hamabata, senior vice-president at JLL’s hotels and hospitality group in Hong Kong.

Currently, Hong Kong hotels are wholly dependent on the local market and have launched various promotions to attract “staycations”.

“A high proportion of hotel revenue is now coming from this market segment. It is believed more than 80 per cent of hotel revenue comes from local staycationeers and non-room revenue,” said Martin Wong, director and head of research and consultancy, Greater China, Knight Frank.

And although the outlook for the hotels segment remains bleak, local hotels are likely to survive in the coming months.

“We do not foresee significant distress, as hoteliers have managed to reorient their business towards the domestic market to reach break even,” said Julien Laloye, vice-president – advisory and asset management, JLL hotels and hospitality group, Asia-Pacific. “Lenders in the region have also been relatively accommodating with owners. Some owners have decided that the current slump in business presents the most favourable time to refurbish or renovate their properties and emerge from the pandemic with a refreshed hotel.”