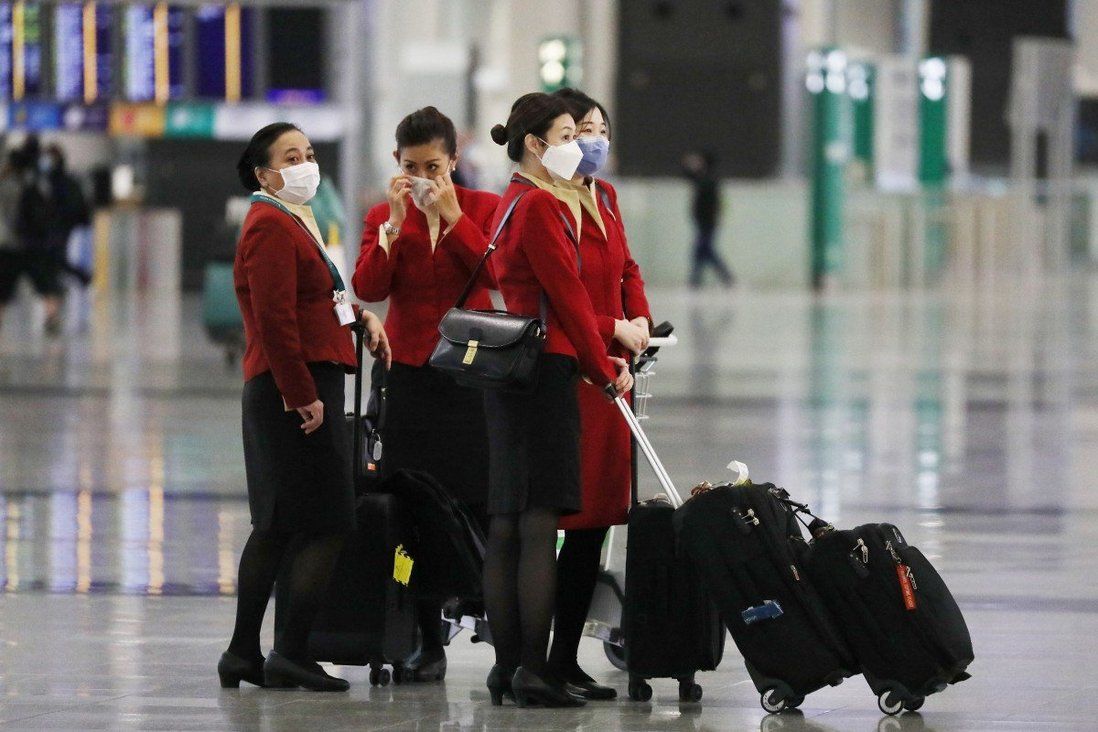 Hong Kong’s quarantine rules for airline crews will be relaxed in stages, with the government set to roll out a new travel policy this week for fully vaccinated flight staff, the Post has learned.

The changes are expected to benefit cargo flights first, which carries the added benefit of de-escalating a row that pitted Hong Kong authorities against FedEx and the US government over the city’s mandatory 14-day quarantine for aircrews – a policy American officials argued benefited Cathay Pacific Airways at the expense of US-based carriers.

The rule changes come amid a raft of planned benefits for individuals and industries tied to coronavirus vaccinations. Chief Executive Carrie Lam Cheng Yuet-ngor announced the incentives on Monday, hailing them as a road map for bringing the city back to normalcy after the global Covid-19 pandemic.

Airlines are waiting to hear full details of the policy adjustment from the Transport and Housing Bureau, three sources said, but any changes would be considered a major improvement on the 14-day quarantine that locally based aircrews were hit with on February 20.

While passenger flights, in general, are not being considered for near-term quarantine exemptions, the changes would nonetheless be a boon to Hong Kong, the world’s busiest air cargo hub.

The Post revealed two weeks ago that the government was willing to remove quarantine requirements for locally based flight staff if vaccination rates within the aviation industry reached a satisfactorily high threshold.

Both Cathay Pacific and FedEx have suffered heavily due to the quarantine policy.

Hong Kong’s loss-making flag carrier was forced to cut its already-skeletal passenger schedules by almost two-thirds and cargo operations by a quarter.

The health rules also increased its cash burn by more than a quarter to up to HK$1.9 billion (US$244.4 million) a month. Cathay lost HK$21.6 billion in total last year.

Cathay on Tuesday warned of more cuts to long-haul cargo flights, which require quarantine. The carrier is currently operating between 21 and 28 cargo flights a week between Hong Kong and the US – already down from a pre-pandemic norm of 35 – but on Tuesday it told its clients that it expected that number to fall even lower, citing its pilots having to enter quarantine. It added that it would redeploy more aircraft to routes that did not require quarantine.

FedEx, meanwhile, took the drastic step of temporarily relocating its 180 Hong Kong-based pilots and their families to San Francisco, saying the city’s rules were incompatible with its aircrew operating flights throughout Asia.

Washington later accused Hong Kong of denying US airlines “fair and equal opportunity” over the quarantine decision, which saw Cathay largely benefit from an exemption on cargo flights that stopped over in Anchorage, Alaska, where its crews in transit would self-isolate.

Over several weeks, the US cargo carrier, with the help of its government, has tried to negotiate with Hong Kong, proposing eight routes where it would like quarantine-free arrangements, sources familiar with the situation said. The expected changes would put the onus on FedEx to ensure pilots are vaccinated to take advantage of the relaxed rules.

Local and foreign airlines were also hampered when the government revoked permission for aircrew to leave the airport for their hotels after submitting Covid-19 tests on arrival. The move meant crews needed to wait hours on-site for a negative result, limiting their amount of rest time. 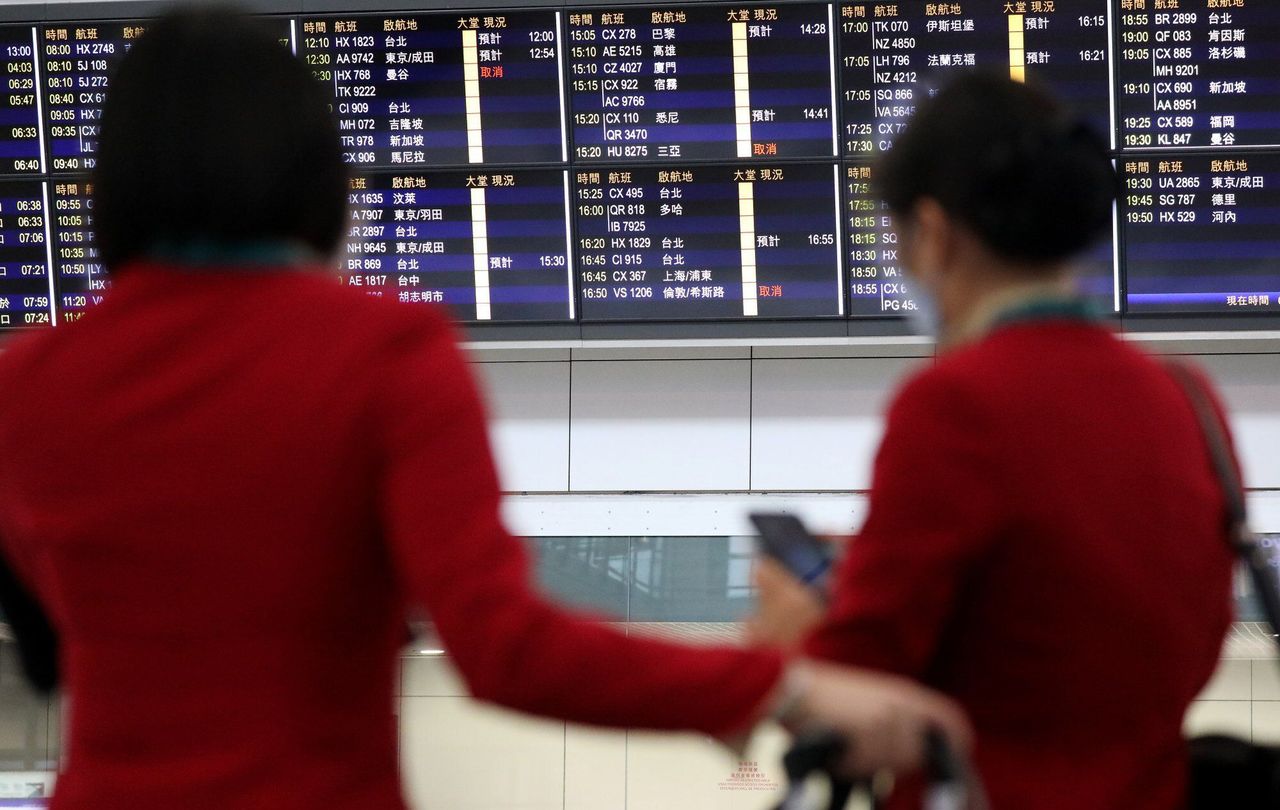 Already ailing airlines had been further hobbled by new quarantine rules for their staff.

Reached for comment on the possible rule changes for aircrew, the Transport and Housing Bureau said: “As and when the evolving situation of the epidemic allows, the Government will suitably review and adjust the prevailing aircrew self-isolation arrangement.”

On Monday, Hongkongers learned they would be allowed to dine out in larger groups and gain access to travel privileges in the future under so-called vaccination bubbles designed to bolster the city’s inoculation rate.

A range of changes are also planned for the travel sector. Regular flights from London are set to resume in May for the first time in five months, and people arriving from the least-risky places – including Australia, New Zealand and Singapore – will need just seven days of hotel confinement.

Revised details of a long-planned travel bubble between Hong Kong and Singapore were also expected imminently, Lam said. However, Hong Kong will require people to get vaccinated before flying to Singapore for quarantine-free stays.

But in an effort to ward off the risk of imported coronavirus variants, the government has simultaneously made it easier for airlines to be banned from flying into Hong Kong.

All airlines flying from specific locations, rather than individual carriers, now face a fortnight ban in future if five passengers are confirmed positive for a designated Covid-19 variant within a seven-day window, authorities announced.

For example, if Cebu Pacific flights from Manila were responsible for importing five positive cases with one of the new variants over a seven-day period, all flights from there would be banned – including those by Cathay Pacific, Hong Kong Airlines and Philippine Airlines, which also operate on the route.

By Monday evening, 3.7 per cent Hong Kong residents had been fully vaccinated, while 8 per cent had received one dose of BioNTech or Sinovac.