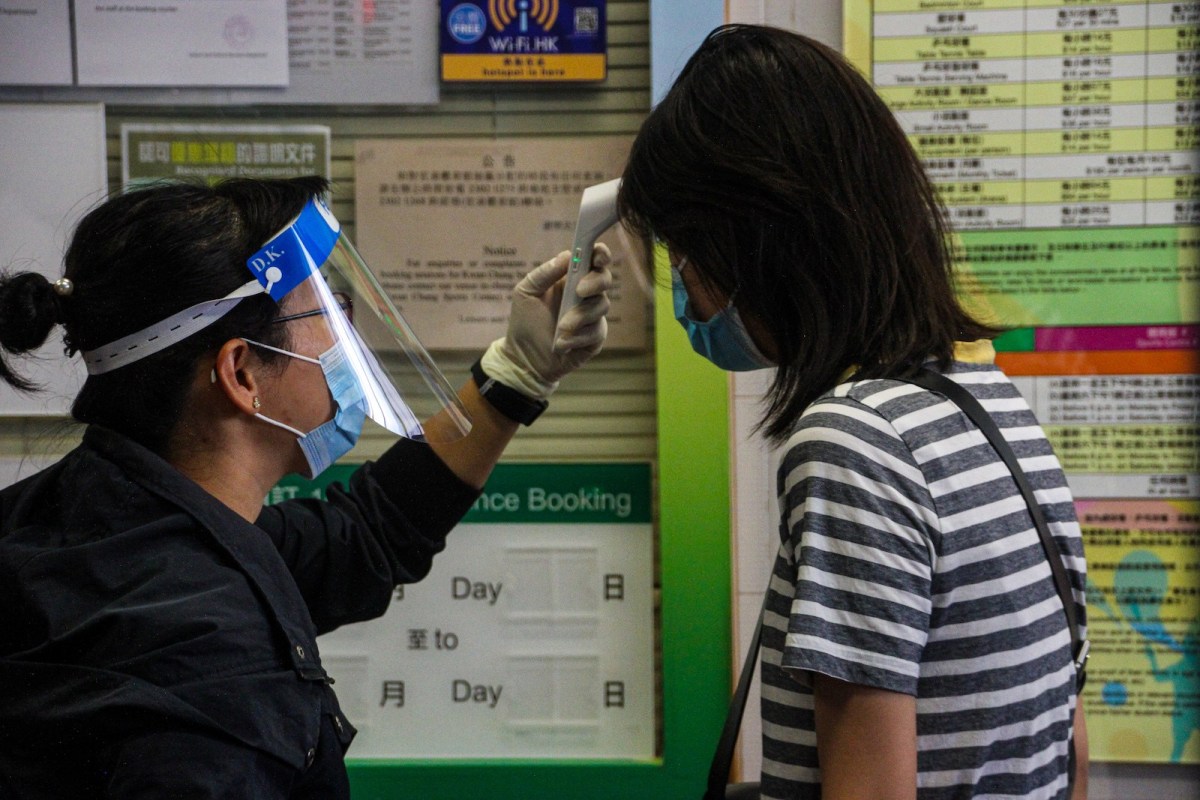 Health officials call for forced testing of patients with mild symptoms but medical experts fear public backlash
The Hong Kong government is pushing hard for the launch of a health code system that will let people travel in the Greater Bay Area without being quarantined.

Chief Executive Carrie Lam told local newspapers she had explained to the central government that it was hard for Hong Kong to have zero local cases though the city had been successful in identifying imported cases.

Whenever Hong Kong managed to control its epidemic, it could reopen its border with mainland China under certain conditions, which include the launch of a health code system, the use of negative test certificates and a cap on the number of travellers, Lam said.

If Hong Kong could reopen its border with Guangdong, it would not be far to resume travel between the territory and Macau, she said, adding that she was closely monitoring the number of local infections every day.

According to the mainland’s standard, a low-risk region refers to a province or city that has not recorded any local case for 14 consecutive days. A single case can make a place become a medium-risk region.

The Center for Health Protection said Monday that a total of 15 cases were recorded, including 14 imported cases and one local infection, within the 24 hours on Sunday. The local case could be linked to previous cases. It was the third day Hong Kong has recorded no local infection with no known source.

Three in four Hong Kong people hoped that they could be allowed to visit Macau and mainland China freely with a health code system as early as possible, according to a survey conducted by Youth Vision, a pro-Beijing activist group, which interviewed 1,780 people between October 8 and 12 over the Internet.

Ben Chan, an advisor of Youth Vision and a lawmaker of the Democratic Alliance for the Betterment of Hong Kong, said people who had to travel between Hong Kong and mainland due to medical or family reasons had been seriously affected by the border closure this year. Chan urged the Hong Kong government to speed up its discussions with the central government about the launch of a health code system for the Greater Bay Area region.

Chan also said it would be more urgent to reopen Hong Kong’s border with Macau, rather than forming a “travel bubble” with Singapore, as many Hong Kong people’s relatives were living in the nearby special administrative region.

According to the Hong Kong Tourism Board, the number of visitors to Hong Kong amounted to 9,132 in September, down 99.7% from the same period last year. Last week, the Hong Kong government announced that Singapore and the territory had agreed to set up an “air travel bubble” that would allow people to travel between the two places with negative test certificates.

Meanwhile, Sophia Chan, the Secretary for Food and Health, said in a radio program on Sunday that the government was seeking legal advice about requiring those who have mild illness symptoms to have mandatory virus tests.

Chan said 925 out of 110,000 samples collected from private clinics had tested positive since March. She said it was not satisfactory that some Covid-19 patients were not tested when they visited clinics. She said private doctors should encourage patients to have the tests if they felt unwell.

However, Gabriel Choi, president of the Hong Kong Medical Association, said on Monday that compulsory virus tests would likely backfire due to resistance from the public.

Choi said those who feel only slightly unwell might avoid seeking treatment, while making those who do visit clinics take the test could damage the trust between doctors and patients.

“Any requirement for doctors to call the police if a patient refused a test would go against medical ethics,” said Choy. “We are not supposed to reveal the patients’ problems to the authorities, unless in some specific circumstances, such as child abuse.”

He added that patients with symptoms probably don’t have Covid-19 as tests at private clinics in Hong Kong found that only around eight patients in 1,000 were infected.

Besides, Chan wrote in her blog on Sunday that the government would regularly run tests on 140,000 workers, who were categorized as high-risk groups due to their job nature. She said these workers included those who worked at care homes for the elderly and people with disabilities, restaurants, hotels, slaughter houses, warehouses and terminal ports, as well as taxi drivers. She said more than 5,000 samples would be tested per day.
#COVID-19  #Covid
Add Comment