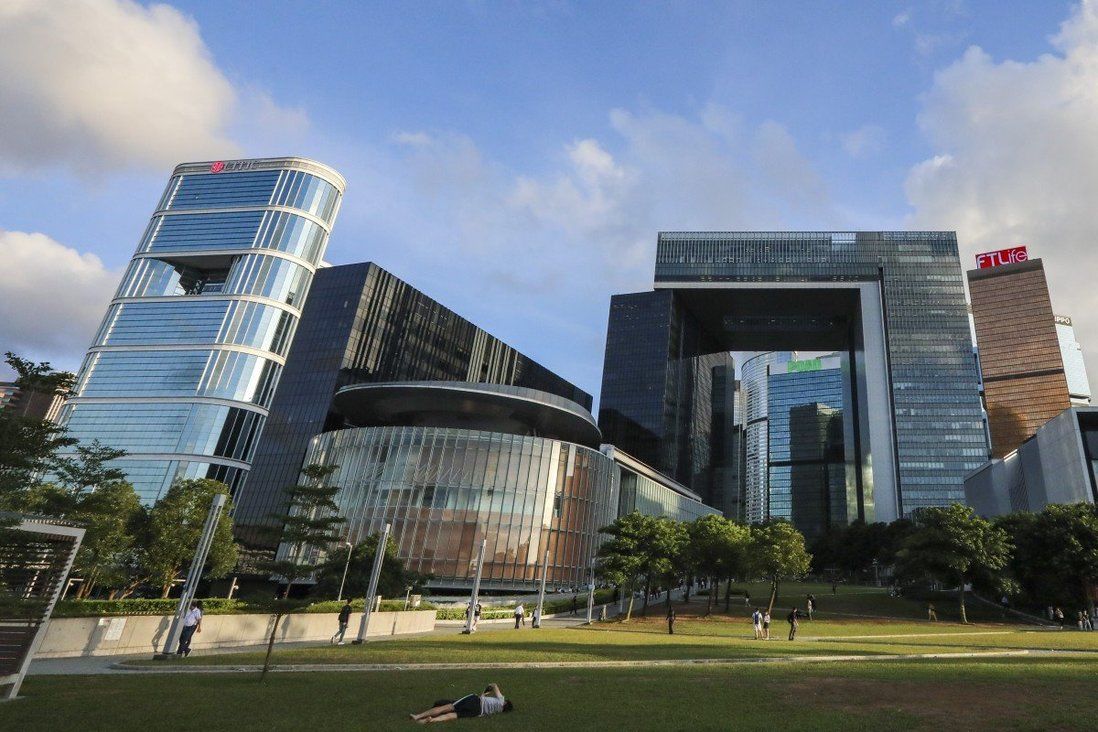 Government ‘strongly encourages’ workforce to use the ‘Leave Home Safe’ app when entering headquarters at Tamar.

Anyone entering Hong Kong government headquarters at Tamar and other administrative offices will be “strongly encouraged” to use a Covid-19
exposure notification app from Thursday onwards, as authorities ramp up efforts to put a lid on the city’s fourth wave of infections.

The number of confirmed coronavirus cases citywide dropped to 19 on Wednesday, while transport minister Frank Chan Fan said Hong Kong should be able to resume long-suspended cross-border travel to neighbouring Macau and mainland China if it could further lower its daily infection tally.

“We have been in contact with the mainland and Macau. We don’t need to wait till zero infections, which is a target but cannot be achieved within a short period of time,” Chan told lawmakers, adding that the pandemic could be characterised as under control if the number of new cases was “low double-digit or single digit”.

In a continuing campaign of “ambush-style” lockdowns to force residents of targeted neighbourhoods to undergo mandatory testing, authorities sealed off three more buildings on Wednesday night.

Residents of May Wah House at Hing Wah (I) Estate in Chai Wan, Tower One of Goodview Garden in Tuen Mun, and Block D of Honour Building in To Kwa Wan were told they would have to be tested and remain confined to their homes until around 6.30am to 7am on Thursday.

The government was also pushing its workforce to use the “Leave Home Safe” app and record the time and date when entering offices, saying this would be required on a trial basis for their own protection and to help with contact tracing.

“We strongly encourage government employees to make proper use of the app for the protection of themselves, their fellow colleagues and members of public who seek services at their offices,” an internal email sent out by the Civil Service Bureau said.

All government offices will be included eventually. Smartphone users will be invited to download and use the app before entering the premises. 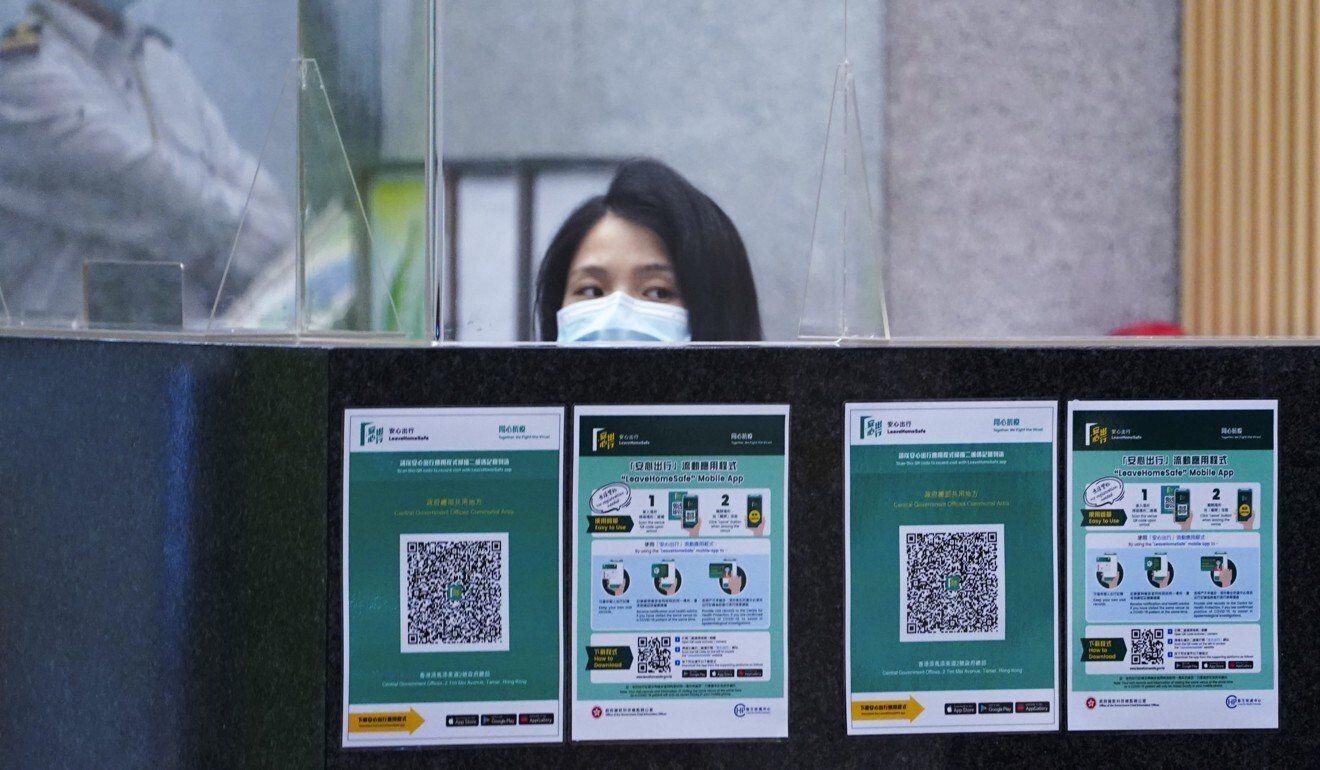 QR codes for the ‘Leave Home Safe’ app on display at government headquarters.

Those who do not do so can still enter the building but will have to state for the record the departments they work for or are visiting. They will also be reminded to personally record their whereabouts.

Leung Chau-ting, chairman of the Federation of Civil Service Unions, questioned the effectiveness of the scheme and called for it to be reviewed.

“Everyone needs to tap their work ID to access the building anyway, so having to scan the Leave Home Safe QR code makes the process very repetitive,” he said.

“As our employer, the government can tell us to do such things and we will oblige because we are its employees. But the authorities should also ask themselves why so few people are using the app.

“The public has privacy concerns and there are some elderly who don’t have smartphones.”

The app, launched by the government in November last year, is designed to notify users if a Covid-19 patient has visited the same venue at a similar time.

All of Wednesday’s new cases were locally transmitted, including seven untraceable infections. The overall tally stood at 10,530 confirmed cases and 185 related deaths. About 20 preliminary-positive infections were recorded. 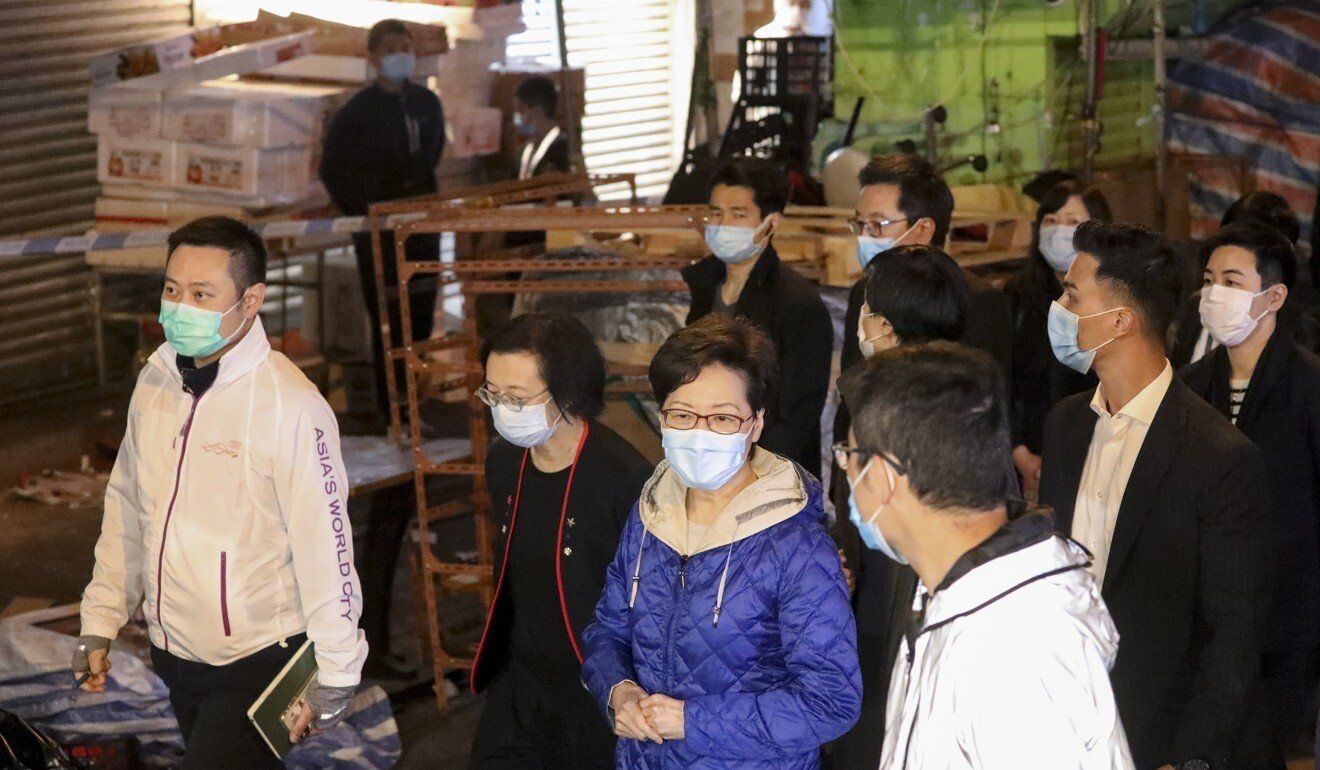 “They can spread the virus to others so they can be sources of infection,” she warned.

“The current situation is still not completely under control.”

The other 12 cases were linked to previous patients, and included a close contact of an infected construction worker on the airport third runway project, bringing the size of that cluster to 21.

Among the cases was a fatality, a 66-year-old man who tested positive after he was found dead at his Sheung Shui home by police on January 29. A family member was a previously confirmed case.

Health officials said the man had attended Shek Wu Hui Jockey Club General Outpatient Clinic in Sheung Shui on January 26 after coughing up blood, and submitted a saliva sample the next day for coronavirus testing. But a leak in his specimen bottle meant the testing could not go through.

The man did not visit the clinic on January 28 as instructed to collect a new bottle, and was found dead by police the next day.

A worker at the Salvation Army Nam Shan Residence for Senior Citizens in Sham Shui Po was also among the confirmed cases while another person there tested initially positive.

One more employee from a branch of retail clothing giant Uniqlo in Langham Place in Mong Kok was confirmed with the virus, bringing the number of infected staff to four.

Mandatory testing orders were issued for at least seven more buildings, in areas such as Mong Kok, Hung Hom, Causeway Bay and Aberdeen, after cases were found among their residents.

An 18-year-old man from the Jordan neighbourhood was sent to hospital for further tests on Wednesday after returning unclear Covid-19 results during a lockdown on Tuesday night.

At least seven of the 10 lockdowns conducted between January 23 and Tuesday have failed to identify a single new infection. 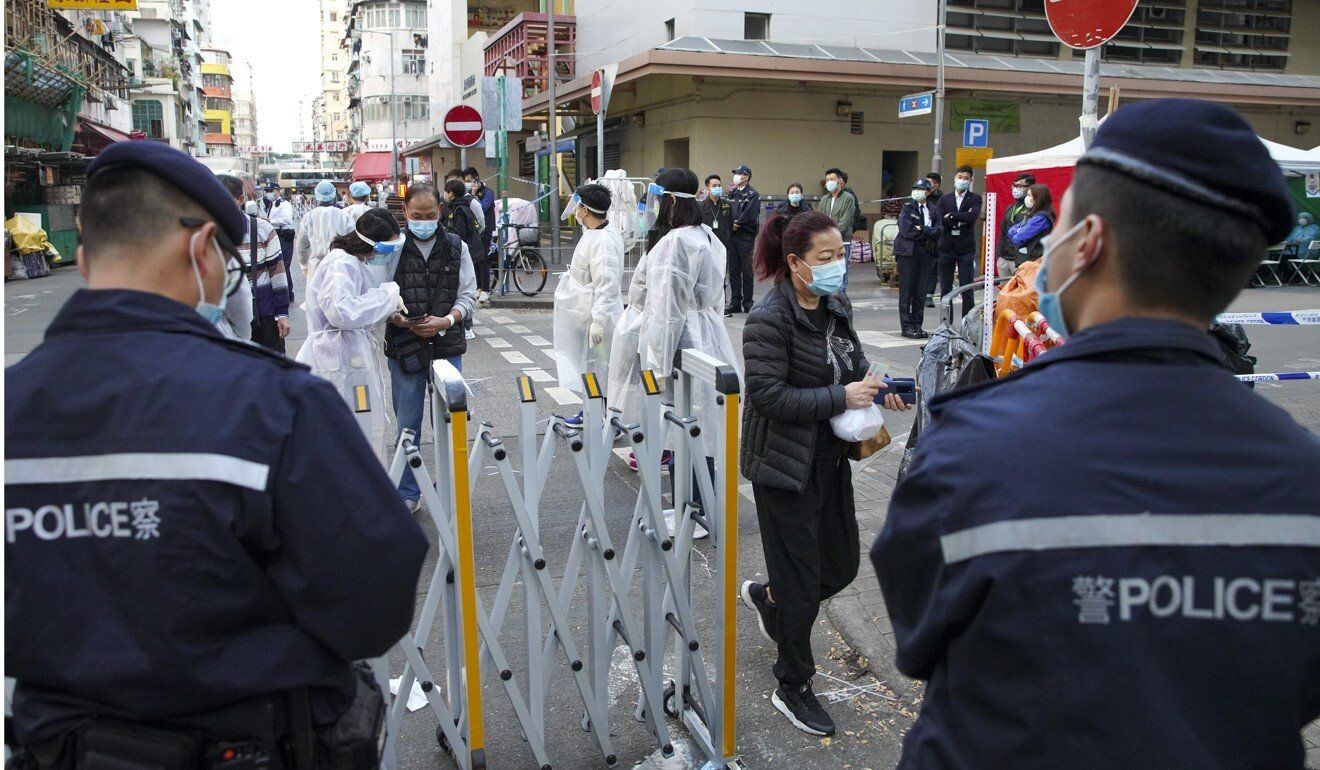 But Professor Yuen Kwok-yung, a government pandemic adviser, said the operations were still useful in finding some cases. “Such restriction testing is not a waste of resources,” Yuen said.

He said failure to find more cases was probably because some people did not answer their door or were not at home. Sewage samples might still be returning positive results because some recovering patients, who tested negative via nasal or throat swabs, could still be shedding the virus in their stool, he added.

Separately, a government spokesman said mainland-based vaccine maker Sinovac was preparing the data for the phase three clinical trials of its jab and would submit it to the Department of Health as soon as possible.

The firm’s CoronaVac is one of three jabs Hong Kong has purchased in advance, but the data is needed for the vaccine to be recommended for use in the city. The department has asked for the same phase-three data Sinovac submitted to the World Health Organization.

A source said the advisory expert panel would work over Lunar New Year to speed up the review process.

Meanwhile, sports fans can look forward to certain public and privately run outdoor venues opening across the city on Thursday, including running tracks, tennis courts, and outdoor table tennis and badminton facilities. But venues managed by the government would reopen on February 9 as further time was needed for preparations.

Use of those premises will be limited to groups of two and participants are required to wear masks before and after exercise. They will also be required to record their visits via the “Leave Home Safe” app or other available forms of registration.

Staff at the facilities will also be tested for the coronavirus every 14 days.

Chief Secretary Matthew Cheung Kin-chung on Monday responded to criticism over the relatively few coronavirus cases turned up by the recent lockdowns, saying it was “expected” none would be found in some operations, as their aim was to screen residents before transmission chains could form.

City leader Carrie Lam Cheng Yuet-ngor on Tuesday reiterated that there were three criteria in determining if a lockdown was warranted: the number of confirmed cases, building conditions, and whether the operation could be completed in a short period of time. But she said it was not possible to be “completely scientific” in deciding which area should be locked down.

Dr Leung Chi-chiu, a specialist in respiratory medicine, said the few cases uncovered showed the city was seeing an overall decrease in infections.

“It shows the amount of untraceable cases in the community has dropped,” Leung said, noting the daily caseload of such infections had been in single digits on the first two days of this month.

He added that some Covid-19 patients might not be detected during the early stages of infection.

“We can’t rule out that some people are still in their incubation period. They can’t be detected now, but might be found with the virus later,” he said.