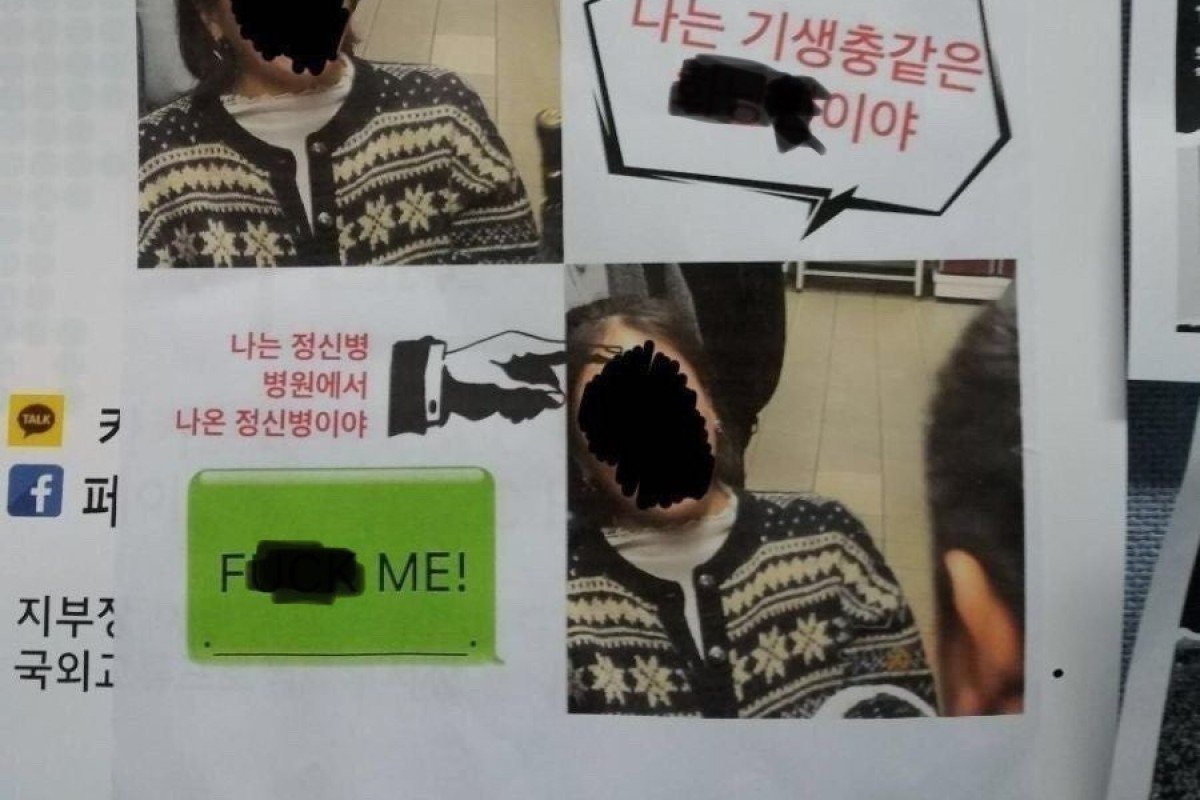 In South Korea, Chinese and Korean students are clashing over Hong Kong protests

Korean students have found themselves at the centre of a political storm, clashing with Chinese students over views on Hong Kong’s political unrest. More recently, some say they have become the victims of cyberbullying and doxxing

“Do we have a troublemaker?” read the group chat exchange in Chinese. “This woman is so ugly,” one commenter wrote, “my friend found her Facebook details.”

Sujin Han looked in horror at the screenshot of a WeChat group someone had sent her. The messages were all about her – her face, personal information and contact details were being shared with the almost 500 members of a chat group for mainland Chinese students in South Korea.

As Hong Kong’s unrest continues into its sixth month, students like Han – in her early 20s and studying public administration at Korea University – have found themselves at the centre of a political storm. In recent weeks, South Korean universities have seen a rise in the number of clashes between Korean students and those from mainland China over their differing views on Hong Kong’s protests.

These have played out at so-called Lennon Walls, where messages of support for protesters are shared, to areas where pro-protest banners and posters are put up. More recently, Korean students say they have been victims of cyberbullying and doxxing – the publishing of a person’s private details online with malicious intent.

“They sent me messages with swear words,” said Han, who hosted a public forum at Korea University on Wednesday that promoted solidarity between Hong Kong and mainland Chinese students in “uniting against dictatorship”. She has not been the only one to experience this, she said.

A female acquaintance at Hankuk University of Foreign Studies was similarly attacked online, Han said, and even had posters of her face saying “f*** me”, “I’m a parasitic slut” and “I am a mentally ill person” plastered across campus.

At Hanyang University, “Chinese students have been throwing coins at pro-protest students,” said one person who asked not to be identified for fear of retaliation.

Allegations of harassment and online bullying of Korean students for supporting anti-government protests in Hong Kong, which have become increasingly violent in recent months with masked radicals vandalising public infrastructure and subway stations, have been recorded at a number of the country’s top schools in Seoul this month, including Korea University, Hankuk University of Foreign Studies and Hanyang University. Meanwhile, schools like Seoul National University and Yonsei University have seen a rise in altercations between students groups, as well as vandalism of pro-Hong Kong materials.

Han said that so far, Korea University “has done nothing at all” to counter the abuse. “I’ve heard some staff support Hong Kong’s protest movement but they are not officially stating this … Chinese students represent money for the school,” she said.

South Korea is currently home to more than 71,000 students from mainland China across 430 universities and colleges, with them comprising 44.4 per cent of the nation’s total international student population, according to the government-affiliated National Institute for International Education in Seoul. At Korea University, international students pay US$4,000 to US$5,000 in tuition per year depending on their area of study.

Mainland Chinese student Zhang Yuxuan, who spoke on the importance of student solidarity at Han’s forum on Thursday evening, said he managed to convince a few of the 80 or so attendees to “change their minds” on the issue. “I think Chinese people are confused and believe the movement [in Hong Kong] is about separatism which undermines Chinese sovereignty,” rather than “about democracy,” he said. “The real problem is Carrie Lam and the people who hold real power in Beijing.”

Homesickness contributes to this strong nationalist sentiment, as does China’s education system with its overriding focus on so-called patriotic education, Zhang said.

“All Chinese students are subjected to over 20 years of nationalist education that teaches them to hate imperialism, Western powers and the history of China’s ‘century of humiliation’,” he said, referring to the period of foreign intervention and imperialism by Western powers and Japan between 1839 and 1949.

“At the same time, the Chinese government requires overseas Chinese citizens to abide by local laws”, “be able to rationally express patriotism” and mind “their own security,” it said.

Despite the harassment she has faced, Han – the Korea University student – says she will attend a public march in support of Hong Kong protesters this Saturday. The event will be held at Seoul’s City Hall and is open to the public, with students from several schools set to attend.

Beyond South Korea, several students in Australia – which has seen its own series of Hong Kong-related clashes on local campuses – claimed they were the target of doxxing and sexual harassment for their pro-protest views in August, according to a report by ABC News.

This Week in Asia has reached out to Korea University, Seoul National University, Hankuk University of Foreign Studies for comment.