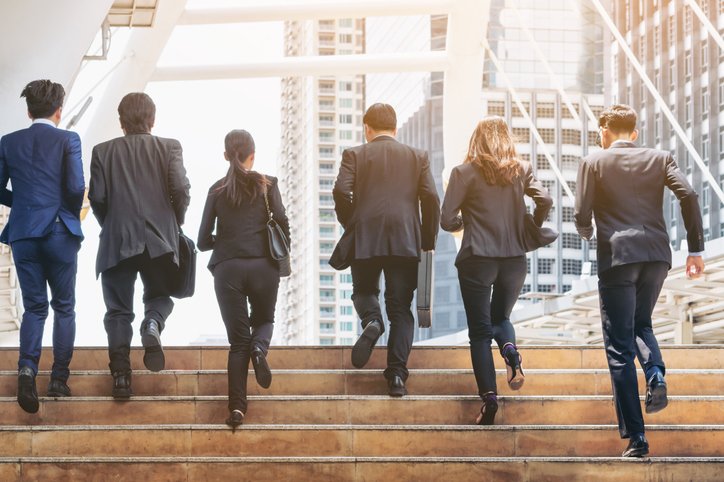 Violent clashes and closure of schools cause many to seriously consider leaving
For Mandy Graham, the university sieges in Hong Kong last month pushed her over the edge.

The British teacher decided to send her five-year-old daughter back to the UK to start school and live with her mother after the road she lives on was blocked by protesters and tear gas engulfed her garden.

“It was an absolute nightmare living where I live. It’s the point when . . . you think, nope that’s enough,” Ms Graham said as she cleaned up toys and wiped down a bouncy castle.

Ms Graham’s experience has been mirrored across the Asian financial centre in recent weeks, as pro-democracy protests have devolved into violent confrontations between demonstrators and police.

Hong Kong - where expats form a significant part of the financial services sector - has long been an attractive place for executives looking for high salaries, a fast-paced lifestyle and lower taxes.

The city was ranked the 15th best expat destination in 2019, according to a HSBC survey published in July. Foreign executives in the city earn $72,000 more than the average expat and its top tax rate for high earners is 17 per cent.

But the clashes have forced many to reconsider whether to stay. The closure of schools for a week was a moment when parents started to look more seriously at moving.

International schools in Singapore - a potential alternative location in the region where many companies that have offices in Hong Kong also have a presence - have been flooded with inquiries from Hong Kong-based families.

Applications and tour requests to the Singapore American School, for example, have jumped by 25 per cent since mid-October, driven by Hong Kong families, said Treena Casey, director of admissions.

“We are receiving approximately 10 phone calls a day with inquiries on space and capacity from people situated in Hong Kong,” she added.

In a sign of how urgently parents were considering leaving, many requested January admission rather than waiting until the start of the new academic year in August. “They upped the ante. They’re saying, ‘We want out now and want to be able to start in January’”, she said.

Western expats are not the only ones looking for an exit. After the university sieges the Hong Kong Japanese Chamber of Commerce and Industry carried out a survey of 270 Japanese companies operating in Hong Kong and found that 6 per cent of the its expat workers in the city had sent their families home and 33 per cent were also considering doing so.

For many, said one diplomat, the proximity of the Japanese International School to the Chinese University of Hong Kong, a campus that had some of the fiercest clashes and was occupied for days by protesters, prompted the exodus.

Repatriation is an increasingly common potential option for individuals, according to YB Ng, an executive at Asian Tigers Mobility, a removal company which typically shuttles professionals between business centres. “Now we’re seeing something different: people going back home,” he said, adding that the number of those requesting quotes to relocate had increased by 30 to 40 per cent in recent weeks.

Relocation companies stress that those requests have tended to be restricted to individuals rather than companies.

Security companies are not yet advising international companies in Hong Kong to move their staff - “This is not Mogadishu,” said one analyst at a security analyst - but multinationals are investigating how to evacuate their staff from the city if things once again descend into chaos.

“That seems to be becoming the reality - that they have one eye on the door or a contingency plan. That seems to be solidifying,” said Richard Aldridge, the Asia Pacific head of financial services recruiter the Black Swan Group.

At the same time, foreign executives are having second thoughts about moving to Hong Kong. Vince Natteri, a recruiter of technology executives for the finance service industry at Pinpoint Asia, said business had “worsened significantly” since the university sieges.

“What we’re finding is candidates don’t want to come to Hong Kong . . . especially the expats. They are asking if there are roles in Singapore for them,” Mr Natteri said.

One former private equity executive and his family moved to the city-state almost immediately after the schools closed, dragging their suitcases past lines of riot police to jump into a taxi to the airport.

The 40-year-old American and his wife, a hospitality industry executive, lived with their three children opposite Hong Kong university where a full-scale battle was raging. “I’m not going to sit between here in my building while police fire tens of thousands of rounds of tear gas,” he said. “God knows what’s going to happen.”
Add Comment